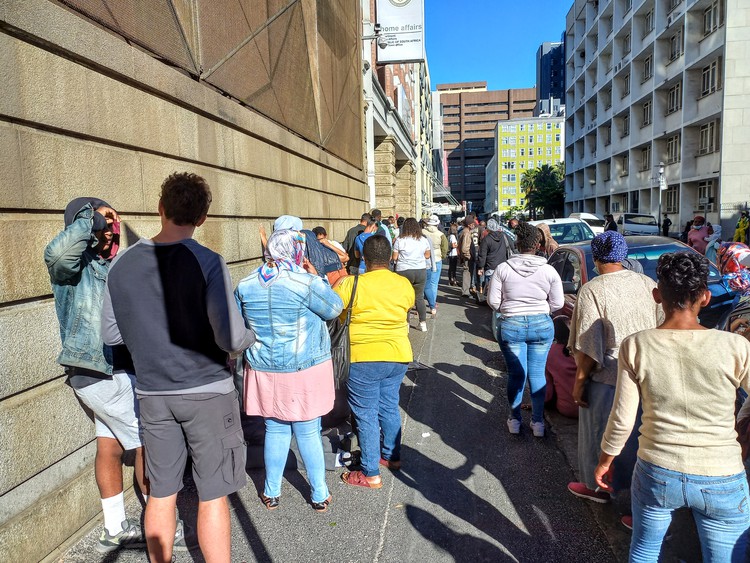 In October, Minister of Home Affairs Aaron Motsoaledi responded to complaints by the public about long queues, saying offices were being modernised. He promised extended hours, a full return of staff, and that senior managers would visit offices unannounced to monitor operations on the ground.

But when GroundUp visited several Home Affairs offices last week, the queues were still long, and people had still been queuing since dawn in the hope, often vain, of being assisted. 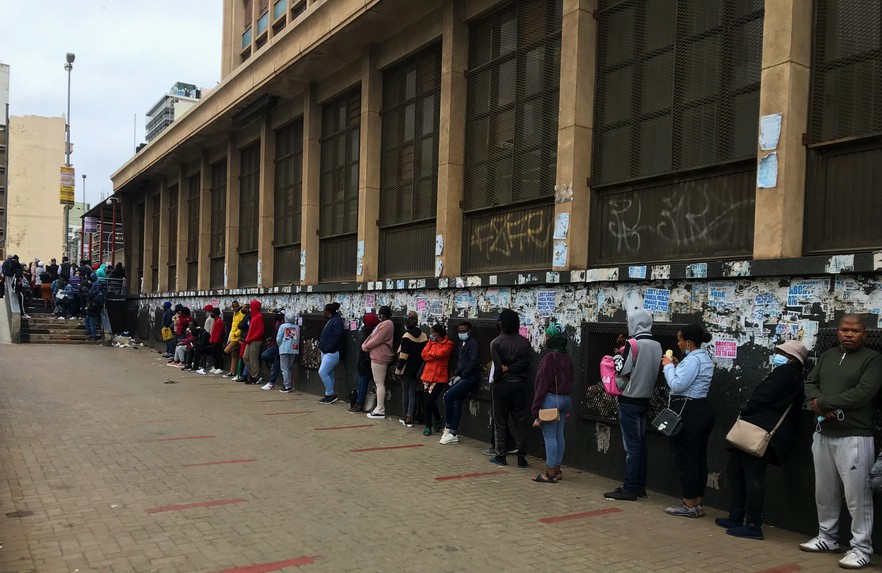 Central Johannesburg, Thursday morning: long, snaking queues on two sides of the Home Affairs buiulding. Vangile Msimanga, from Vlakfontein, said she left home at 6:15am to get to Home Affairs by 7am. She needs a passport. Also standing in the queue was Ntombi Zwane, from Brixton, who needs an ID. “I am a bit worried because this queue is not moving,” she said. Photo: Masego Mafata 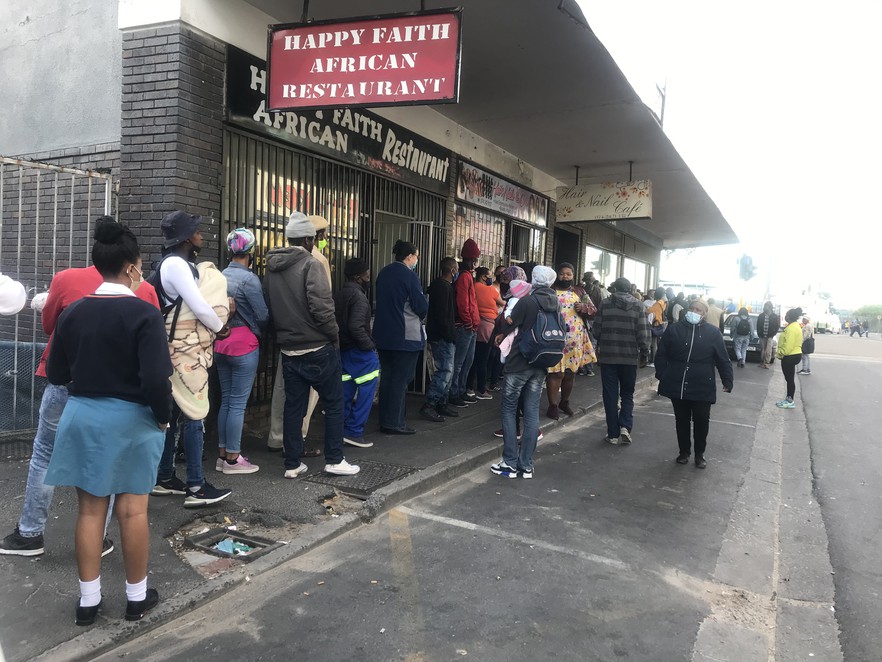 Bellville, Cape Town, Thursday morning. Fortune Witbooi, 63, said she travelled from Kuilsriver with her child to apply for an ID. They were second in the queue when they arrived at 4am. Photo: Tariro Washinyira 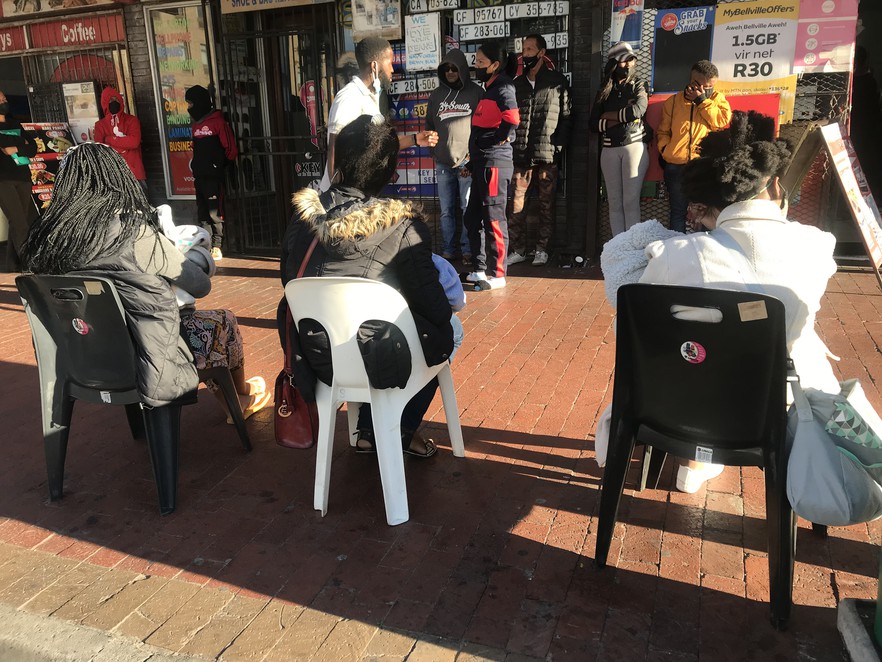 Elderly people and young mothers sat on chairs they hired for R10 for two hours outside Bellville. Photo: Tariro Washinyira 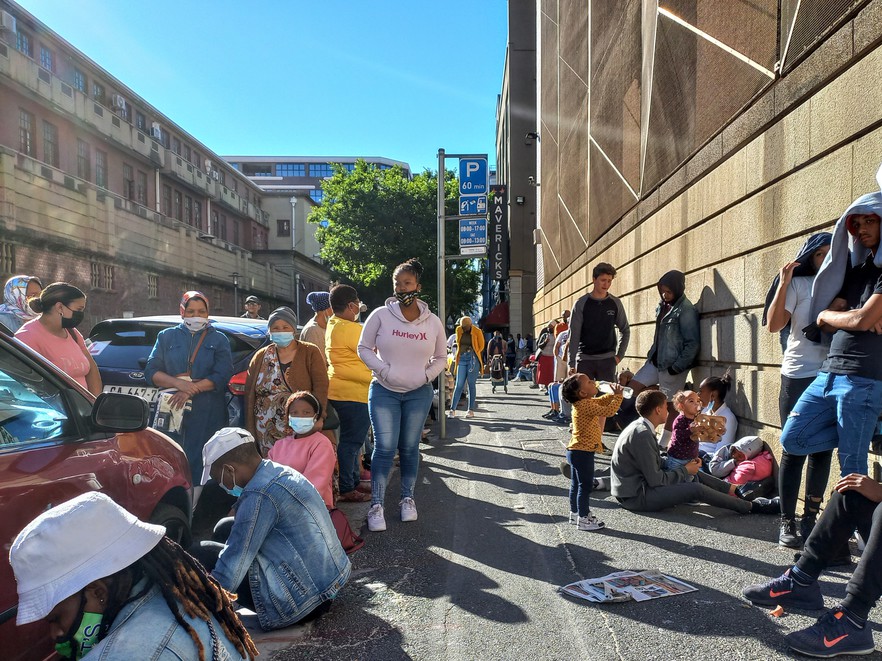 Central Cape Town, Barrack Street, Thursday morning. When the offices opened at 8am, queues stretched from Buitenkant Street to Corporation Street. People arranged themselves into queues for collections, ID-card applications and passport applications, new birth registrations, and temporary ID-card applications. “We stand in the queue for five hours and there’s no toilet facilities … I don’t know why they don’t let the people use the toilets inside,” said Yulene Fortune. She had left her home in Mannenberg just after 4am. She needed to collect her new ID card. Photo: Marecia Damons

Meanwhile, on 24 November, Home Affairs briefed the Standing Committee on Premier and Constitutional Matters about systems, operational hours and staffing in the Western Cape. Provincial manager Yusuf Simons said that the department’s working hours are 7:30am till 4pm, with the office open to the public from 8am to 3:30pm.

Simons said that between 2013 and August 2020, Western Cape Home Affairs had lost over 2,500 staff members. “To address the problem of under staffing, DHA is working towards implementing automated services and training staff that has been working on manual services. The booking system has been completed, tested and will be implemented soon to make appointments to avoid the stampede and overcrowding. The department has also entered into partnership with organisations and municipalities to help with queue marshals, cleaners, sanitising, screening and recording of clients queueing outside offices. EPWP [Extended Public Works Programme] workers have been deployed to high volume offices like Cape Town, Nyanga, Mitchells Plain, Bellville and Khayelithsa,” he said.

He said most of the Western Cape offices have been modernised and have live data capture systems. “Home Affairs has declared war on queues to reduce waiting time by displaying signage outside offices to categorise queues into smart card and passport applications, smart card and passport collections, prioritise client categories, such as elderly, physically challenged persons, mothers with infants as well as scholars in uniform. We have also extended office hours during the festive season. Challenges experienced are system downtimes due to cable theft and loadshedding which damage servers and equipment when generators refuse to kick in,” he said.