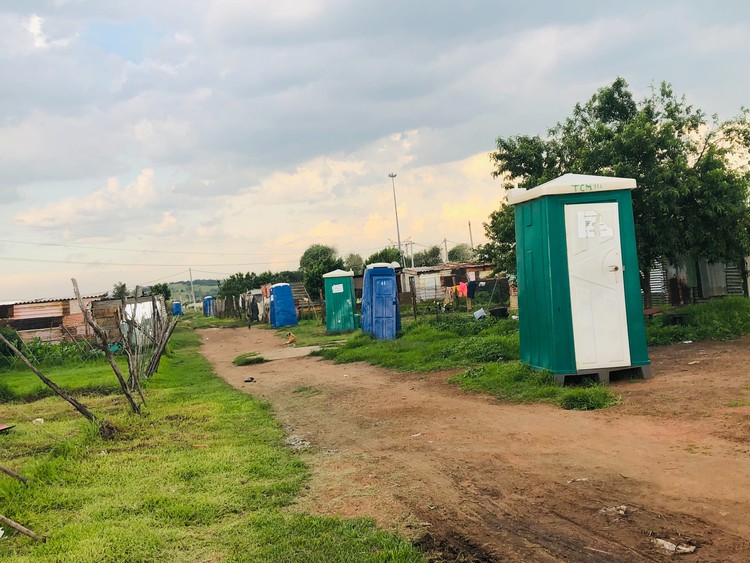 The City of Ekurhuleni spends over R37.3 million to provide and service chemical toilets in informal settlements. But residents are now demanding that the City divert its budget to instead build them full flush toilets.

Residents of Kwathema and Tsakane in Langaville complained of having to share their toilets with up to ten other families. The toilets in parts of Langaville were introduced as part of a court order in 2014 as a temporary service to residents. But frustrated residents say no permanent solution has since been provided.

The residents say they are in a catch-22 situation. Their current stands are earmarked for the construction of community facilities like a school. Until they are rezoned residential, the municipality has previously said it will not provide proper toilets, and has no intention of rezoning the stands.

In 2011, a court ordered the Ekurhuleni Municipality to install chemical toilets in Langaville Extension 8 informal settlement as a temporary sanitation measure after moving the group from land earmarked for other projects.

In 2020, the residents returned to court with the help of lawyers from the Center for Applied Legal Studies (CALS) to have the City’s continued provision of these chemical toilets declared unconstitutional. They are demanding that proper flushing toilets be built as a permanent solution.

CALS attorney, Ariella Scher, said the recent court battle was mostly to challenge the municipality’s decision to put out a third tender for chemical toilets for the Extension 8 settlement. The matter was last heard in late October. Scher said they are still waiting for the Johannesburg High Court to allocate a date for the next hearing.

Scher said that chemical toilets do not meet the residents’ basic human needs and constitutional rights. “The tender for these chemical toilets has been renewed twice and the service is ongoing for over seven years,” she said. She also criticised the municipality for refusing to rezone the land “for decades” to allow the provision of permanent flushing toilets. This delay, she said, was “perpetuating the cycle of tenders”.

The first applicant in the case against the City is Makhosini Nhlapo with two other community representatives. In court papers, they state that they have been living in the area for nearly three decades.

Nhlapo says they have been protesting for years against the chemical toilets. “The chemical toilets are inhumane and give off strong odours. It seems we are stuck with these toilets even though the City said it was a temporary measure. We deserve the dignity of flushing toilets,” he said.

The municipality argues that because the group occupied the land unlawfully, residents only qualified for interim sanitation services. The City argued that the demand for permanent services was “unreasonable”.

Residents now claim that the municipality is also not maintaining the toilets in Langaville.

In Kuvuki, Tsakane about 200 residents have to share 20 chemical toilets in the informal settlement, according to community activist Anele Kratshana. Some people have since built their own toilets.

Residents say they were moved to the area on the outskirts of Tsakane near Dunnottar from a floodplain area as a temporary arrangement five years ago. “It seems we are here to stay and have to live with poor sanitation,” said Anele Kratshana, a community representative at Kuvuki informal settlement. 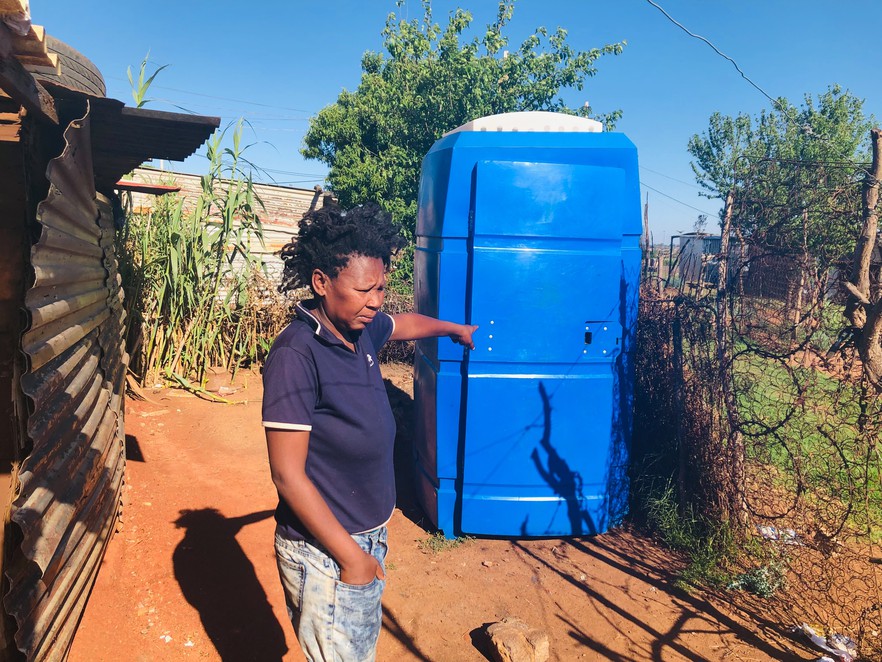 Resident Phindile Xababani says the toilet in her yard is shared by nine other families. She now dreads going into the toilet which she says is not maintained.

City spokesperson Zweli Dlamini confirmed that its chemical toilet provision budget was just over R37.3 million a month. He said the City had noted complaints by residents about the safety of using shared communal toilets.

He said the City has for years been looking for more affordable solutions to the toilet issue. He said that if an informal settlement is in an area that is suitable for housing, the City plans for permanent services.

According to Oupa Segalwe, spokesperson for the Office of the Public Protector, the matter was closed in September 2019. She said the informal settlement was established on land earmarked for a school and other community facilities.

He said residents complained that they did not have a proper sewerage system which impacted about 495 households. “The Ekurhuleni Metro plans to relocate the community to a new area named John Dube Village once planning for the project is completed. Meanwhile, the Wits Center for Applied Legal Studies took the issue to court on behalf of the community. The matter is pending. It was against this background that the Public Protector closed the case.”

Next:  Blackburn Village toilets are broken and filthy