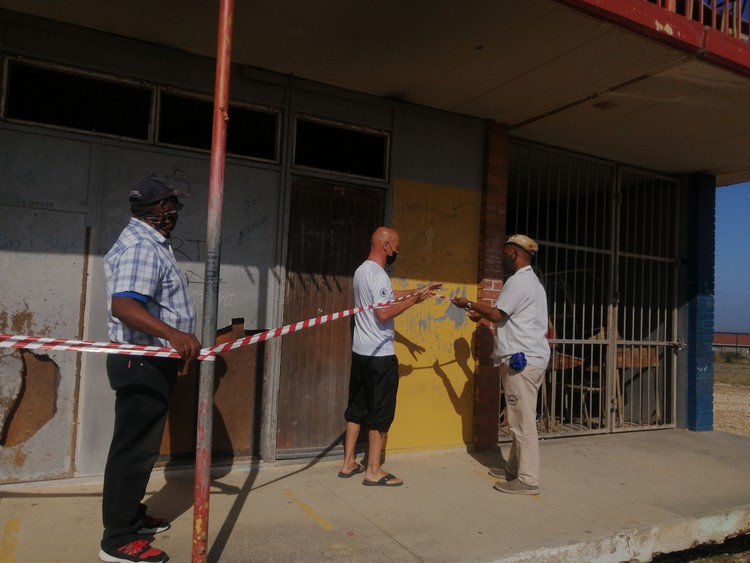 A monitor with the South African Human Rights Commission has told Arcadia Secondary school in Gqeberha to block access to 13 of its 27 classes found to be in a terrible state. The provincial education department says there are plans to refurbish the school. Photos: Mkhuseli Sizani

During a visit to the school on Wednesday, SAHRC monitor Christian Martin told the school to place safety tape around 13 of its 27 classrooms that were in a terrible state. Martin warned staff and members of the school governing body (SGB) that he would be reporting the matter to Basic Education Minister Angie Motshekga to intervene before any learners are injured.

This comes after the SAHRC and SGB made several attempts to alert the Eastern Cape Department of Education to the school’s dilapidated infrastructure.

In May 2019, Premier Oscar Mabuyane visited Arcadia and promised to fasttrack plans to rebuild dilapidated classrooms. But no upgrades have been made to date. The provincial education department, however, told GroundUp that plans for the school “are at an advanced stage”.

Arcadia was established in 1974 with prefabricated units as a temporary measure to house learners until funds became available to build a proper school. Despite pleas to the department, part of the school is now deemed unsafe for staff and learners to use.

Classrooms are currently inhabited by pigeons, rats and insects. The structures have broken windows and ceilings. Many of the copper pipes, electrical cables and other resources like computers have been stolen or vandalised. 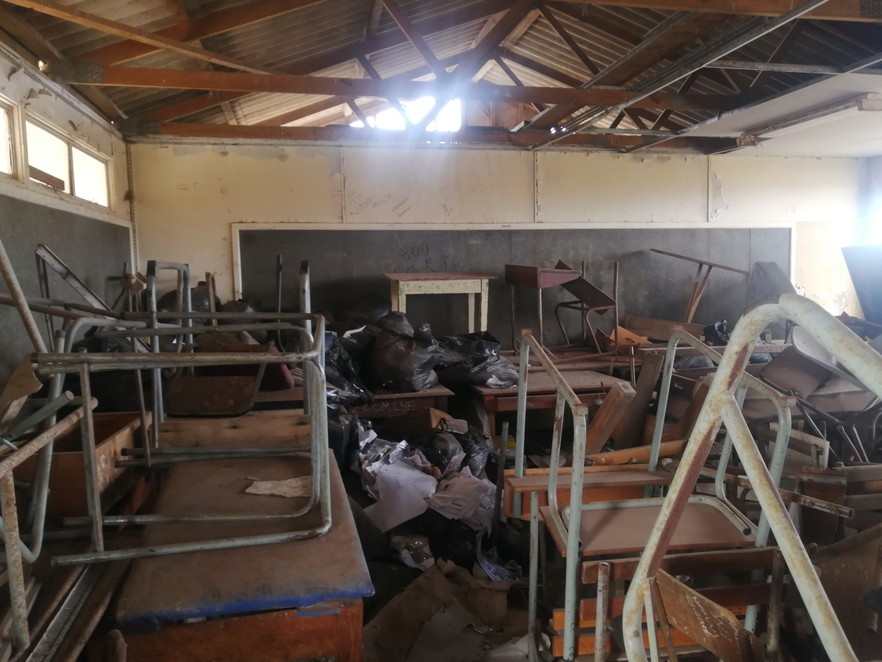 One of the dilapidated classrooms at Arcadia Secondary in Gqeberha

“These classrooms are a risk to the learners. The provincial Department of Education and Premier Oscar Mabuyane have failed to rebuild the school. No learning and teaching can take place here,” said Martin.

He said the commission will ask Minister Motshekga to demolish the school and rebuild it. “If she fails to do so, we will make sure she is held accountable for any damages that might be suffered by learners,” he said.

Daniel Oliphant, SGB Chairperson, said they have made many fruitless attempts over the last five years to get the department to upgrade the school. He said Arcadia has also been plagued by vandalism, with more of its infrastructure pillaged over the recent school holiday.

Oliphant said that the closure of the 13 classrooms on Wednesday would result in overcrowded classes and makes adhering to Covid regulations more challenging. He said it was sad to see the school where Nelson Mandela Bay Mayor Eugene Johnson attended so badly neglected.

In response to several questions, education spokesperson Malibongwe Mtima said that the school is on a recovery plan for interim repairs. Mtima said the next step was to advertise for a company to do the repairs. “We are treating this as an emergency. We urge people to be patient.” The department did not provide a timeframes for the refurbishment.

Next:  Workers and security guards clash outside Clover plant