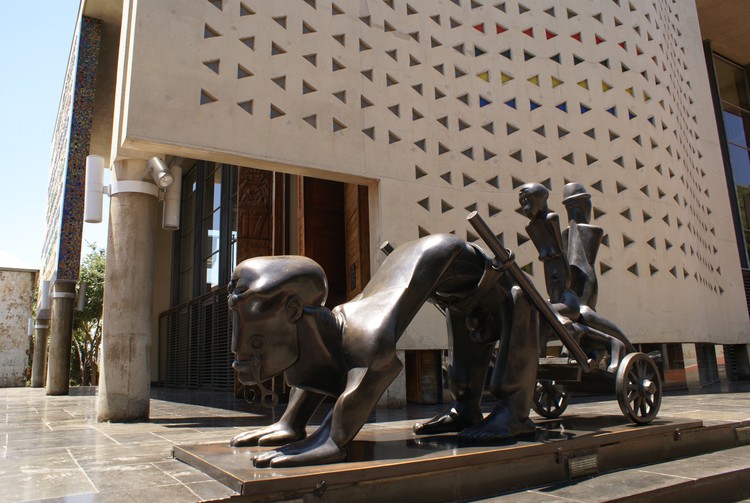 The Constitutional Court has overturned a judgment of the High Court and Supreme Court of Appeal which found that the Road Accident Fund can reject a compensation claim that it is not brought within three years because of a person’s mental incapacity. Archive photo: Ciaran Ryan

In 2010, Koos Jacobs was involved in a car accident in the Eastern Cape. He suffered head injuries that left him mentally incapacitated. As a result, he only brought a claim for compensation to the Road Accident Fund (RAF) in 2017, outside of the RAF’s three-year prescription. His mother lodged the claim on his behalf.

The RAF rejected the claim because it was late.

The High Court and Supreme Court of Appeal (SCA) upheld the RAF’s decision. But on Friday morning, the Constitutional Court overturned the SCA’s decision that the RAF may reject a compensation claim if it has not been brought within three years because of a person’s mental incapacity. Jacobs’s claim can now proceed.

The RAF Act states that every person who is injured in a vehicle accident on a public road has a right to receive compensation from the RAF. The Act also states that any compensation claim must be brought no later than three years after the accident occurred.

If a claim is not brought within three years, the RAF can reject it based on the legal defence of “prescription”, which means the claim has “expired” under the law.

The RAF Act does, however, state that the three-year prescription period will not operate in three situations: where the injured person is a minor; has been placed under curatorship; or is detained as a patient in terms of mental health legislation.

The RAF rejected Jacobs’s claim based on prescription under the RAF Act. A curator was then appointed to challenge the RAF’s decision on behalf of Jacobs in the High Court.

His curator argued, among other things, that Jacobs should be allowed to rely on the more lenient requirements to prevent prescription in terms of the Prescription Act.

The High Court rejected this argument, and agreed with the RAF. The High Court also found that the RAF could reject the compensation claim because Jacobs had not brought it in time and he had never been detained as a mental patient under any mental health legislation.

On appeal, the SCA agreed with the High Court and said the more lenient requirements to prevent prescription under the Prescription Act did not apply to the RAF Act.

The curator appealed the SCA decision to the Constitutional Court. She argued the RAF Act should be interpreted consistently with the Prescription Act, which would better promote the spirit, purport and objects of the Bill of Rights and the constitutional rights to human dignity and access to court.

She also argued that requiring a mentally incapacitated person to bring a claim within three years, when it was physically impossible for them to do so, violated the legal rule that the law cannot expect a person to do the impossible.

The RAF argued that the High Court and SCA were correct, and the requirements to prevent prescription under the Prescription Act do not apply to the RAF Act.

Acting Justice Dhaya Pillay said the RAF Act should be interpreted in a way that will best give effect to the spirit, purport and objects of the Bill of Rights.

Justice Pillay said this meant that if the Act could be interpreted in two ways – one which increases access to court and one which does not, the court should apply the interpretation that best gives effect to the Bill of Rights.

Justice Pillay said the SCA should have considered whether the RAF Act could be interpreted to prevent prescription when it was impossible for an injured person to report the accident to the RAF within three years. This meant the SCA failed to consider whether prescription should not run against Jacobs, because it was impossible for him to bring a compensation claim timeously because of his mental incapacity.

Justice Pillay agreed with the RAF that the Prescription Act did not apply to the RAF Act. However, she said the RAF Act should be interpreted to state that prescription should not run against someone who cannot bring a RAF claim in time, when a mental incapacity makes it impossible for them to do so. This approach would best promote the spirit, purport and objects of the Bill of Rights, Justice Pillay found.

The majority judgment by Justice Jafta agreed with Justice Pillay, but for different reasons.

Justice Jaftha agreed the RAF Act should be interpreted in a way that would best promote the Bill of Rights. He also agreed that it was physically impossible for Jacobs to bring the compensation claim in time because of his mental incapacity and that a literal interpretation of the RAF Act would mean that his claim had been prescribed.

Justice Jaftha therefore agreed that the RAF Act should be interpreted to prevent prescription when it is impossible for an injured person to bring a compensation claim within three years.

The minority judgment by Justice Leona Theron disagreed. She said that the RAF Act could not be interpreted to preclude prescription based on impossibility, because the RAF Act states that it takes precedence over “any other law” – including the common law rule of impossibility. Justice Theron therefore said she would have dismissed the appeal and upheld the SCA judgment.

Next:  SANRAL: Getting the facts right on the N2 toll road through the Wild Coast

Previous:  “We rely on dams and crocodile-infested rivers for water”