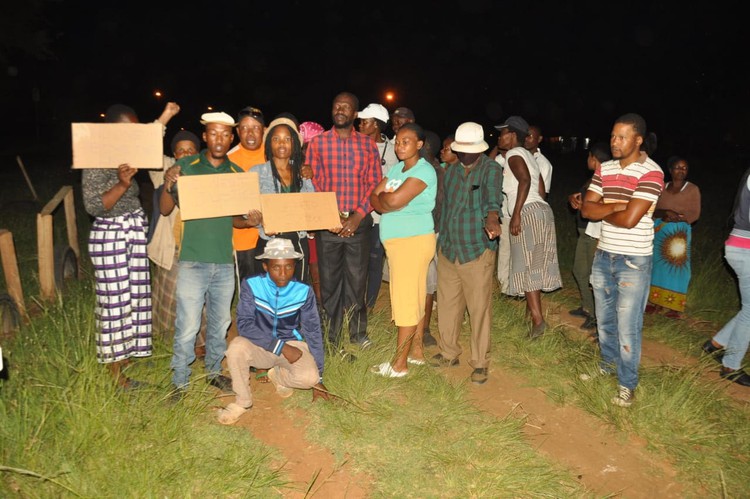 The Independent Police Investigative Directorate (IPID) is probing the death of a 15-year-old girl in a hit-and-run accident in Kwa thema in Springs, Gauteng, on 13 January. Witnesses say the vehicle was a police car.

Blessing Chibaya had fetched her six-year-old sister from Zamani Primary School and was returning to her mother’s home with the child on her back. Witnesses who live opposite Vlakfontein Road say the two sisters were safe on the side of the road when suddenly a police van ran off the road hitting the two children before skidding away. The younger sister was rushed to hospital and has been discharged.

“Blessing was carrying her little sister on her back, backpack in her hands. She managed to shove the little one to safety. We could not follow the van on foot. But some taxi drivers did, all the way to Tsakane police station.” He said the van had been seen parked in the station.

A spokesperson for the Tsakane South African Police Services confirmed that the case is being investigated by the Independent Police Investigative Directorate (IPID).

Tsakane SAP’s Sergeant Mngomezulu said she would not comment. “As police were involved I cannot comment on the matter. IPID is handling the case,” she said.

Blessing was visiting her mother, Revai Mashiri, for the Christmas holidays and was to have returned home to attend school in Chiredzi in Zimbabwe on 14 January.

The family is struggling to raise R13,000 to repatriate the body, with help from members of the community. They have approached a lawyer to engage with the Road Accident Fund (RAF).

Angry residents have been protesting at the scene of the accident, with placards reading “We want Justice”. They say that the area is a high accident zone as the narrow Vlakfontein road is along a taxi route leading to Duduza rank. They have previously appealed to the local municipality for the road to be widened and humps put up but to no avail.