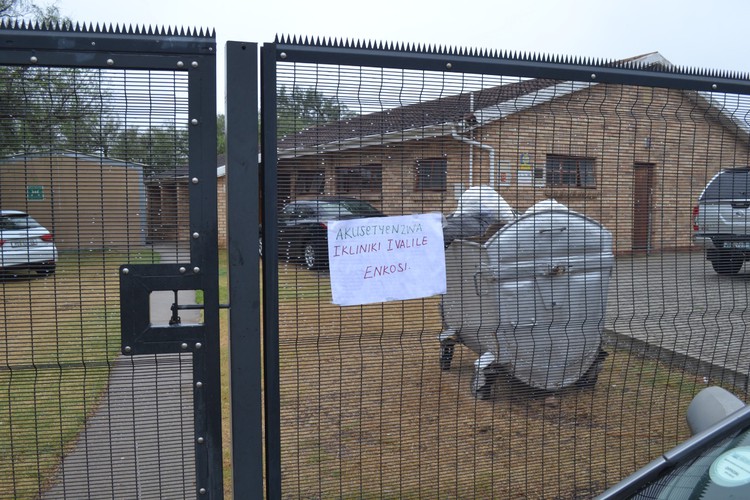 A notice on the gate of KwaMagxaki Clinic warns that it is closed. Photo: Joseph Chirume

Nurses at KwaMagxaki Clinic in Gqeberha were robbed on Wednesday by thieves who took advantage of the strike by security guards.

Police spokesperson Captain Sandra Janse van Rensburg said two nursing sisters were apparently eating in the clinic breakroom when two suspects entered the clinic through a back door. She said the suspects pointed firearms at both women and demanded they hand over their cell phones and car keys. “One of the nursing sisters screamed for help. While on their way out, the suspects also robbed another nurse of her cellphone.”

The clinic was closed, along with most clinics in Nelson Mandela Bay which shut their doors as a result of the strike by security guards working for Silver Solutions Security. The guards want the company to pay them their salaries for January 2022.

Eastern Cape Department of Health MEC Nomakhosazana Meth said the robbery was the latest in a spate of attacks on health workers in the metro. “Such thuggery deserves to be condemned in the strongest words possible,” she said.

Meth said Emergency Medical Services had been targeted in the metro in recent years with criminals robbing EMS personnel at gunpoint when responding to calls.

Next:  POPI Act: confessions of a convert