eThekwini Municipality says renovation is to be done in March 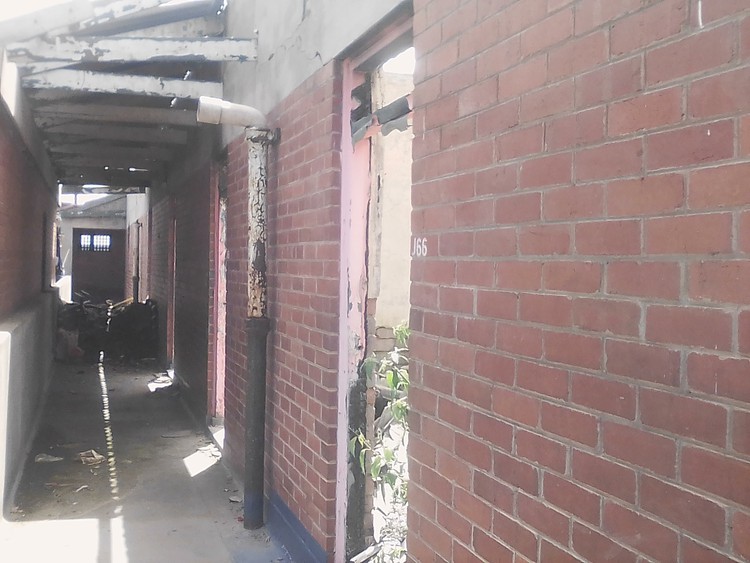 One of the blocks at the eWema hostel in Mobeni, south of Durban, that was gutted by fire in December 2020. More than a year later, residents want the hostel to be renovated so they can move back because most of them cannot afford alternative accommodation. Photos: Nkosingiphile Dladla

Nearly a year has passed since a devastating fire gutted part of a hostel commonly known as eWema in Mobeni, south of Durban. The blaze affected over a hundred residents and completely destroyed the flats of 28 families who have not been able to move back since the fire.

Many of the affected residents are elderly. Others rely on piece jobs or are unemployed. Residents have not been able to find suitable alternative accommodation. They now want KwaZulu-Natal Premier Sihle Zikalala, who visited the hostel soon after the fire, to step in and help them rebuild the badly damaged parts of the hostel.

Fire victim Mbuso Mbutho, 26, moved to the hostel a few years ago from KwaNyuswa village, Mahlabathini outside Port Shepstone. Mbutho currently shares a tiny storeroom at the hostel with another fire victim. “We have no place to stay,” he said.

Mbutho’s brother, Innocent, who also lives at the hostel, said, “This hit us very hard. Right now we find ourselves in deep trouble because all of us are helpless.” He said most residents whose flats were gutted, resorted to squatting with other families because they cannot afford to rent a shack on their own. 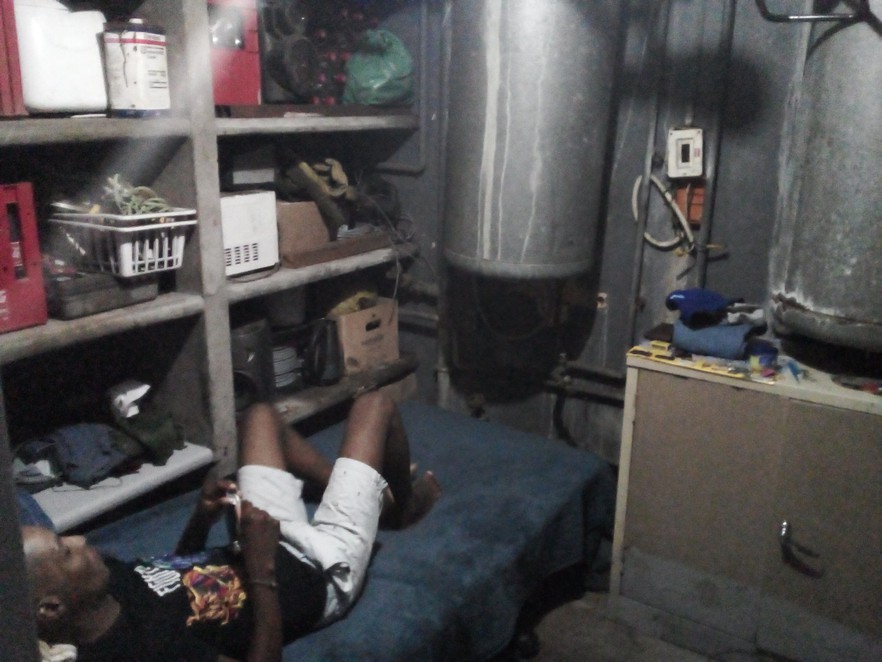 Fire victim Innocent Mbutho shares a tiny storeroom at the hostel with another fire victim. He says they are desperate but can’t afford to rent their own shacks.

Community leader Bhekani Zondi told GroundUp that after the fire, Premier Zikalala visited the hostel, took his contact details and promised to get back to him. But not much has happened to renovate the badly damaged flats.

Zondi said soon after the fire happened, he contacted the City’s Thabani Nyawose to ask about alternative housing options for the victims.

According to Zondi, he was told that the space usually used as temporary housing was being renovated at the time. He said fire victims were instead told to seek shelter with other hostel residents or family outside.

“I approached a warehouse across the highway, explaining that the victims had lost everything. The company offered us blankets, pillows and mattresses so that people could have something to sleep. Victims also got a once-off relief payment of R1,300 each from Social Development,” said Zondi.

Some residents say when it rains, water seeps through holes in the roofs caused by the fire.

There are 46 blocks at eWema hostel with about 5,000 residents, according to Zondi. Residents are mostly from surrounding rural areas and the Eastern Cape.

Chairman of the affected J-block, Siphiwe Cele, said their pleas for help from the municipality have fallen on deaf ears. “There is no help.”

Spokesperson for the eThekwini Municipality Msawakhe Mayisela told GroundUp that the fire at the hostel was caused by an illegal electricity connection. Mayisela disputed claims that no housing assistance had been given to residents, saying some people were accommodated in the nearby community hall and within the hostel.

“There were three blocks affected by the same fire. Two have already been repaired and procurement to repair block J is underway. Repairs should be completed by the end of March,” he said.

The caption of the second paragraph contained the wrong name in the original article and has been corrected.