Passengers crowd together to fend off robbers 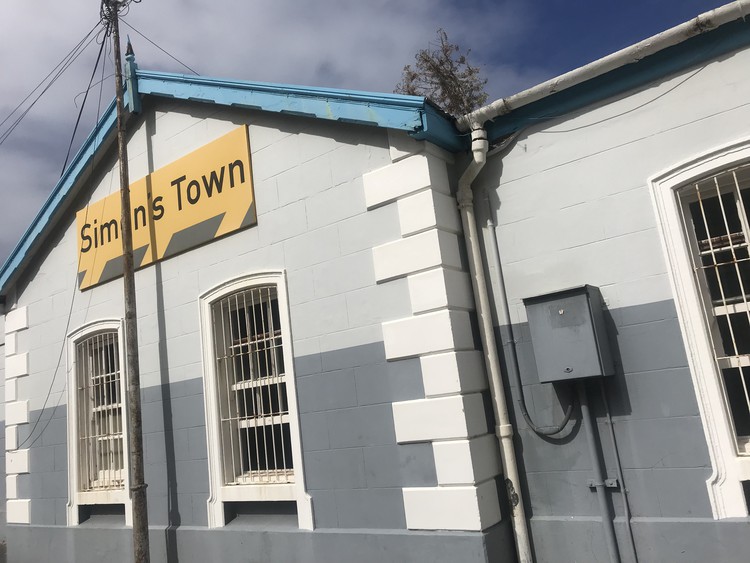 The rail service to Simon’s Town in Cape Town has re-opened, but commuters are worried about security on the trains. Photo: Tariro Washinyira

Covid-19 was less of a threat than robbers for passengers on the train to Simon’s Town on Tuesday, with commuters huddled together in carriages for fear of attacks.

Commuters GroundUp spoke to were happy the train from Fish Hoek to Simon’s Town is operating again, after a long absence, but were worried about security.

I boarded the Metro carriage at 12.04 at Cape Town station, destination Simon’s Town. The trip costs R10, and ticket sellers are only selling single tickets, no weekly and monthly tickets, though these are more convenient and cost-effective for commuters.

At first the carriage was half empty, but it filled up as people boarded at the stations. Passengers ended up occupying spaces on seats marked “Do not sit here” to keep the commuters apart because of the Covid pandemic. When I asked why they did not use other carriages they mentioned the need to defend each other from robbers in case of an attack. They were wearing their masks.

At Retreat station, commuters panicked when doors failed to open but the doors later opened when the train was about to leave.

The journey from Cape Town to Simon’s Town took just over four hours and I didn’t see any security guards on the train. At Fish Hoek we had to get off the train and catch a “shuttle” train the remainder of the journey to Simon’s Town.

At Fish Hoek there was constant communication on Covid measures, train times and departure platforms. At Simon’s Town the ticket office was closed and there were no ticket checkers.

Adam Boote, 25, was traveling to Retreat after waiting for the train for half an hour at Woodstock. He was coming from a job interview. He said he was happy trains were operating again as he had been spending a lot of money on taxis. He also said children in his area were also happy to be able to use trains to the beach.

Boote said some commuters are hesitant to return to trains during peak hour because of previous experiences of delays, cancellation and trains stopping in the middle of nowhere. They need assurance that the train service has improved, he said. He said in October he waited for a train for about four hours and it didn’t come. Metrorail staff told him to wait, saying trains were delayed. He said other commuters went to take a taxi but he had to walk home because he didn’t have money for the taxi fare. He said since then he had become used to walking and rarely used taxis when trains are not operating.

A woman who only gave her name as Jane said she works two days in Fish Hoek and wanted to see if the train service had improved. She said she walks from Capricorn with her child who goes to school in Muizenberg. From Muizenberg she takes a train to Fish Hoek. While trains were not operating she was spending R13 on a taxi to Fish Hoek. 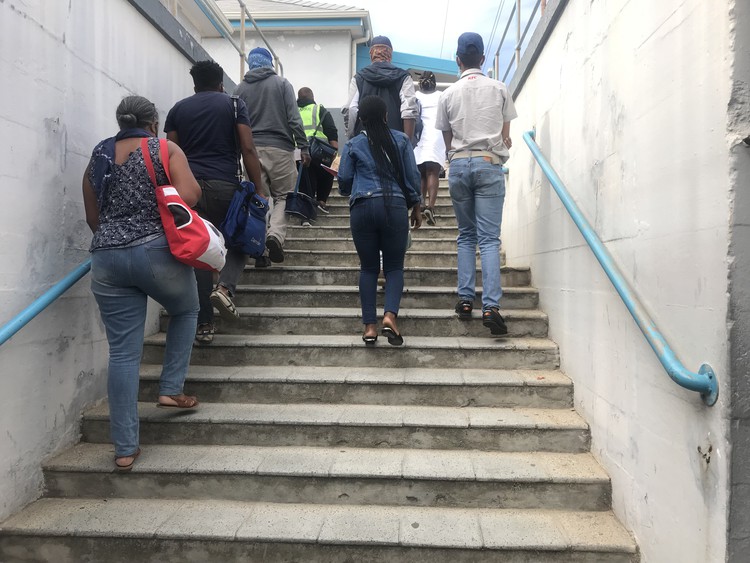 Michael was travelling from Fish Hoek to Simon’s Town. He said it is good that trains are back and commuters are saving money but emphasised that security issues needed to be sorted out. “We wish to see security and police patrolling on trains. We don’t feel safe.”

He said he had been on Metrorail’s new off-peak train once and he liked it. “It has a long passage and one can see all the way down. If the doors are open it won’t move, which makes it safe, and it announces every station the train is about to approach,” he said.

Another passenger pointed out that the shuttle to Simon’s Town is unreliable because if the track is covered with beach sand it doesn’t operate.

A Metrorail statement explained that sand blowing onto the tracks could damage critical equipment. “This means customers must plan their departure along adjusted delays until the rail repairs and maintenance are completed. Metrorail will be implementing additional repair works on the area which may see temporary closures to fix sand issues.”

On Tuesday, the City of Cape Town offered a R5,000 reward for information leading to the identification and arrest of those responsible for the stoning of a brand new train set in Steenberg on 4 January. The City estimated repair costs to be around R20,000.

Metrorail told GroundUp that they are only providing daily tickets because they are still facing “operational challenges which force us to cancel the service” since restarting operations. We were not told how many security guards currently work on the line as this “compromises our planning”. The Western Cape currently has 12 of the new blue trains built by Gibela, and two of these trains run on the Southern Line during off-peak hours. The stretch of rail between Glencairn and Simon’s Town is currently running, but often faces challenges like sand on the tracks. Metrorail has anticipated this, and created a shuttle service so that trains don’t get stuck at Simon’s Town, which has a single track and no alternative track to bring the trains back.

Previous:  Judge criticised for recusing himself from Makhubele misconduct hearing

Yet another delay in appointment of a new Lottery boss

Hands off our Grants: the Black Sash’s long battle for justice