Agreement on new nature reserve for the West Coast

After more than a decade of lobbying, Olifants River estuary to be protected 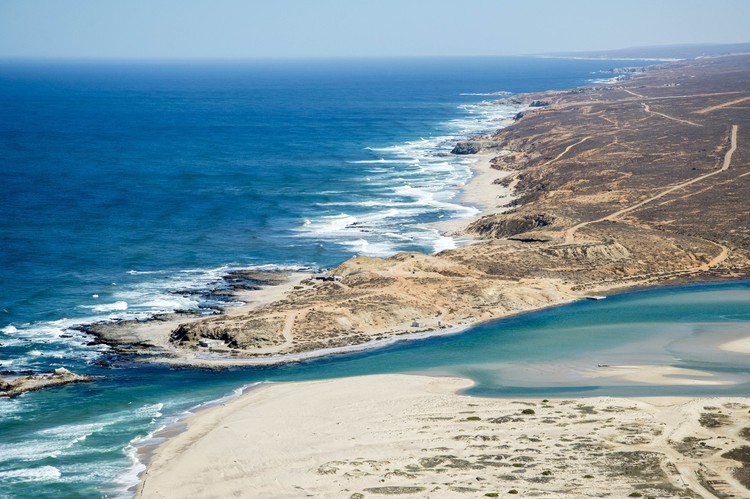 The mouth of the Olifants River estuary on the West Coast. The beaches to the north (in the background) are or have been heavily mined for diamonds and heavy minerals. Photo: John Yeld

After more than a decade of lobbying, agreement was reached last week to declare the Olifants River Estuary on the West Coast a nature reserve.

At a crucial meeting in Moorreesburg last week, all the authorities with an interest in this critical biodiversity area agreed on core properties to be consolidated into a provincial nature reserve.

This reserve will in turn form the heart of a much larger co-managed conservation area that will probably bring national and provincial conservation authorities, local authorities and people from adjacent farming and fishing communities like Papendorp and Ebenhaeser into a co-operative management agreement.

The Olifants River estuary is one of the few remaining natural gems on the highly mined West Coast, where diamonds and heavy minerals have been extracted over decades.

The authorities involved in creating the new protected area are hoping that it will stimulate alternative economic opportunities to mining in the region – “by creating sustainable livelihood support for the local community”, explains Dr Ernst Baard, executive director of conservation operations of the Western Cape’s conservation authority CapeNature.

“We will now lead the process to prepare a submission for the Intention to Declare a Protected Area during 2020,” he told GroundUp.

The decision to create a protected area has been welcomed by West Coast environmental activist and conservationist Suzanne du Plessis, who has been lobbying for proper protection of the area for close to two decades.

Pointing out that it is the last estuary and river still in reasonably pristine condition on the West Coast, she said: “We would much rather see tourism economic benefits than have our river and ecosystem destroyed before our eyes.”

“All too often in the past, the voices of the people, fishers and civil society have not been heard, even though they’ve repeatedly appealed against prospecting and mining applications. It’s as if only government’s concerns are taken into account.”

Concerned people like Du Plessis, community groups including the small-scale fishers and conservation authorities have become increasingly worried by the stream of applications for new and extended mining and prospecting rights on the West Coast.

Their concerns include increasing environmental degradation, the lack of proper rehabilitation (a statutory condition of mining licences) and the growing exclusion of the public from the West Coast – a trend that directly contradicts the aims and objectives of the Integrated Coastal Management Act.

One of the biggest mining companies operating on the West Coast is Transhex. The company is facing serious financial challenges after a steep decline in diamond prices this year and recently applied for the liquidation of its unprofitable diamond producing subsidiary, West Coast Resources (WCR).

Concerns have been informally expressed via social media that some prospecting and mining rights held by Transhex and/or WCR on the West Coast close to the Olifants River estuary might be sold or transferred to other mining interests. These interests could try to rush through new applications and start operations ahead before the protected area proclamation, and might not respect existing agreements with local communities. For example, there has been a longstanding “gentlemen’s agreement” between Transhex and local communities, conservation authorities and the state, that the diamond company would not engage in any mining operations south of the Olifants estuary and would respect heritage and environmental concerns.

But the Department of Mineral Resources and Energy has confirmed that existing mining rights cannot simply be sold on or transferred as part of liquidation proceedings. In response to questions by GroundUp, the department explained that in terms of section 56 of the Mineral and Petroleum Resources Development Act (MPRDA), a mining right lapses once a holder is liquidated.

The department said it had not received any application from Transhex to sell or transfer any of its mining rights in the Olifants River estuary area to any other company or entity.

The department also explained that any company with an existing mining right to extract heavy minerals from a West Coast beach would not be able to simply extend that right to include diamond mining, should it acquire any assets of West Coast Resources in the same area.