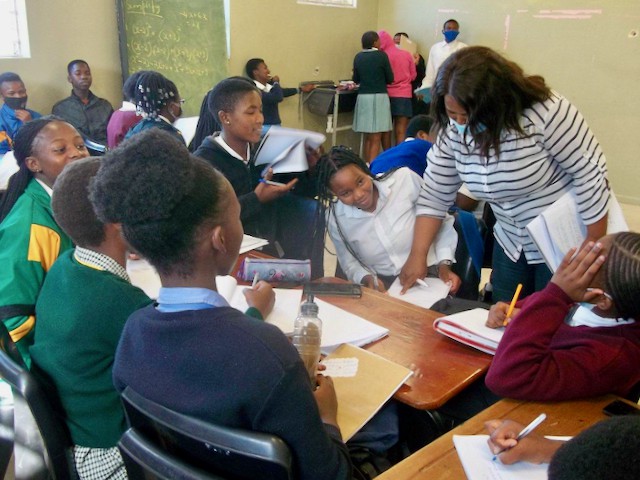 Although the Western Cape Department of Education (WCED) views the Mfuleni Combined School in Cape Town as an “illegal institution”, it continues to be a place of schooling for about 2,000 learners.

Department spokesperson Bronagh Hammond said, “The WCED cannot fund an illegal institution. We are guided by the Public Finance Management Act and other regulations – and therefore it would not be possible to do so.”

Community leader Nomnikelo Sidloyi says the school came about after community leaders collected 1,000 names of unplaced learners on waiting lists at schools in Mfuleni in January. Since then the school has continued to grow, and more learners keep arriving.

“When we asked parents why their kids could not be placed, they said they occupied land in Mfuleni and now their kids’ schools are far [away]. Other parents said their kids came from other provinces,” says Sidloyi.

Sidloyi says the decision was made to occupy the building of the Rosendal Department of Higher Education Training Centre as a temporary measure until a new school is built for Mfuleni.

“We made a decision to force the college students [about 50 of them] out of the school because parents brought more unplaced learners and they needed more space,” says Sidloyi.

About 52 community volunteers work as cleaners, receptionists and teachers from 8am to 2pm weekdays.

Community leader Letho Dlali said they need a feeding scheme. “Most of the learners come from poor families. They don’t have money for food to eat during lunch breaks … Hunger makes learners battle to concentrate and fall asleep in class.”

Dlali said they lack computers and photocopiers and get assistance from other schools to produce school circular letters.

Parents have to buy textbooks and stationery.

“We want the department to provide us with facilities to help the volunteers do their job,” said Dlali. 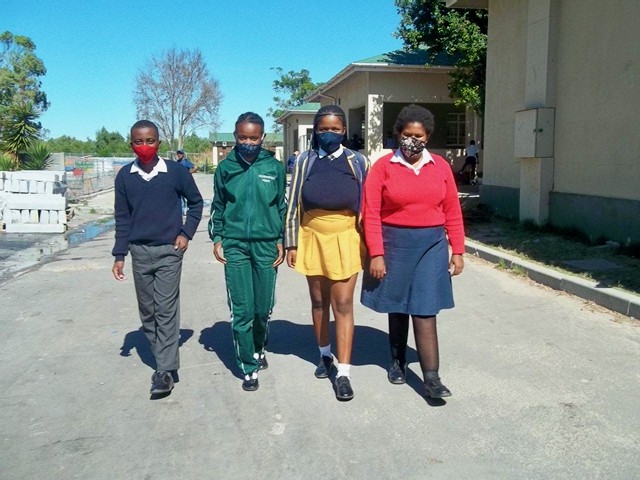 When GroundUp visited, some learners were sitting on a grey blanket spread out on the floor.

Volunteer grade 11 teacher Mninawe Mabhele said many learners had no desks or chairs. “Some learners stand against the wall while others sit on the floor. You can’t move around freely in such congested classrooms,” he said. “There are about 56 learners in some classes and more continue to enrol every day.”

Mabhele said, “You instruct learners to wear masks, but they take them off when you are not looking.”

“Desperate parents keep us busy all day. Some say they could not register their kids in schools because they were unable to apply online,” said Yaso.

“The parents say education officials promise to phone them about where to register their kids, but they don’t do so. Now, they worry that the first school term has ended and their kids are still out of school.”

However, Hammond said, “We have attempted, on numerous occasions to obtain the details of the learners so we can place them accordingly … Two weeks ago, the group finally granted us access to some information, but it is unfortunately not adequate to successfully place learners. We need certain information so that which can identify the learners correct grades and previous schools.”