Part two in the series: Towards equality in school funding 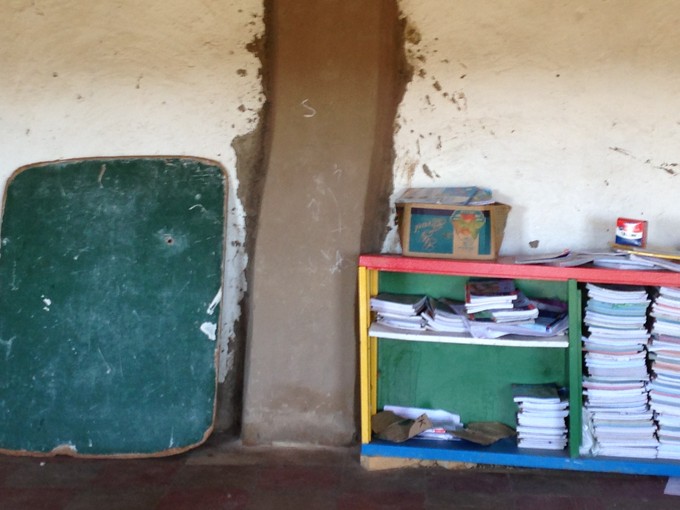 By Nurina Allly and Daniel McLaren

Western Cape and Gauteng achieved the highest matric pass-rates last year. But did you know that these provinces were also able to spend 10% more on education per learner than the two poorest provinces: Eastern Cape and Limpopo. How does this happen?

This lopsided effect comes from the way that National Treasury allocates money to provinces through the equitable share formula. This little-known formula is used to divide about a third of the government’s budget among the provinces.

Around 90% of spending on education depends on the equitable share formula, and it is here that the challenges for equality in South Africa’s education funding begin.

How the formula works

Section 214 of the Constitution requires an Act of Parliament to be passed each year which determines each province’s equitable share of revenue raised by government. Amongst others, this division must ensure that:

The equitable share formula devised by National Treasury and tabled in Parliament each year in the Division of Revenue Act is intended to give effect to Section 214 of the Constitution. It consists of six separate components:

The education component of the formula

The 48% weighting given to education in 2016/17 means that, of the R411 billion allocated to the provinces, R197 billion was divided based on the number of learners in each province. If this money was sent to provinces separately from the rest of the equitable share and only spent on education, each province would have R15 426 to spend on education per learner.

However, this is not how the equitable share is actually distributed. Closer scrutiny reveals that limitations with the formula produce highly unequal spending per learner by provinces.

To demonstrate this, we have prepared the table below showing how the provincial equitable share was divided among the provinces in 2016/17.

Information based on the 2016 Budget Review, 2016/17 Estimates of Provincial Revenue and Expenditure and our own calculations.

How is this possible?

The equitable share is distributed in full to the provinces, who then decide how they want to spend the funds. The education portion is not sent separately and there is no requirement that provinces spend 48% of their share on education. The non-education portion of the share (52%) is divided largely based on population numbers.

But here is the problem: demand for education comes exclusively from the school-age population. Yet the formula only counts how many learners there are in each province, not what proportion of the total population these learners are. The Table shows that this varies greatly from province to province and has a big impact on the amount that each province is able to allocate to education per learner.

This is because the more of your population that are school-age, the more of your equitable share allocation you need to spend on education. Yet, because the equitable share formula only accounts for the number of learners in each province, not the percentage of the provincial population that are learners, some provinces end up spending less on education per learner.

The effect of this is illustrated by the following:

This lopsided effect needs to be remedied in the equitable share formula. These distorted education allocations are problematic for two further reasons.

Rurality and the cost of education

The equitable share formula does not take into account the higher costs of education provision in rural areas.

As well as being the poorest provinces and having the lowest allocations per learner on education, Limpopo, Eastern Cape and KwaZulu-Natal are also among the most rural. It is more expensive to provide quality education in rural areas than it is in urban areas. This is due to greater economies of scale and population density and easier provision of a variety of goods and services (internet, water and sanitation, books and furniture) in urban areas. For a variety of reasons (which will be looked at in the next article in this series) there is also a wider selection of qualified teachers in the urban parts of the country. The equitable share formula doesn’t take account of any of this.

Lack of redress in the formula

The formula also does not recognise the unequal starting points of historically disadvantaged and under-funded schools.

A rural province such as the Eastern Cape is more likely to have a higher number of schools that were under-resourced during apartheid and therefore require more funds now for building new or re-building inadequate schools. The equitable share formula does not take these unequal starting points into account.

Although conditional grants have been allocated in recent years to tackle backlogs in school infrastructure, these make up a very small portion of provincial spending compared to the equitable share, and have experienced a number of implementation challenges.

Moreover, at only 3% of the total, the small consideration given to poverty in the equitable share formula is insufficient to reduce the inequality that exists due to the demographic, economic and geographical differences between the provinces.

In short, the equitable share formula does not result in equitable education spending by provinces.

In the previous article in this series, we argued that the Constitution requires a progressive funding model for education. Such a model would ensure that poorer and more rural provinces with historical backlogs in relation to trained teachers and school infrastructure, among others, have more education funds to spend per learner than richer and more urban provinces. This is necessary to address the legacies of apartheid and ensure that all schools have the resources necessary to provide a quality education.

To achieve this, we need a more equitable share formula.

First, the formula must take into account the proportion of each province’s population that is enrolled in school. This would ensure that provinces with a higher share of their population in school receive relatively more education funding, rather than the opposite, as is currently the case.

Second, National Treasury and the Department of Basic Education (DBE), should analyse the cost differences of providing education in rural and urban settings, and adjust the formula
accordingly.

Third, Treasury should increase the weighting given to the poverty component of the formula so that provinces with a higher share of their population living in poverty receive relatively more funds. This is necessary to reduce inequality within and between the provinces.

Until these issues with the formula are addressed, the current high levels of inequality between wealthier provinces, schools and learners and those that are less well-resourced will be difficult to overcome.

Nurina Ally is the Executive Director of the Equal Education Law Centre. Daniel McLaren is a Senior Researcher at the Studies in Poverty and Inequality Institute.