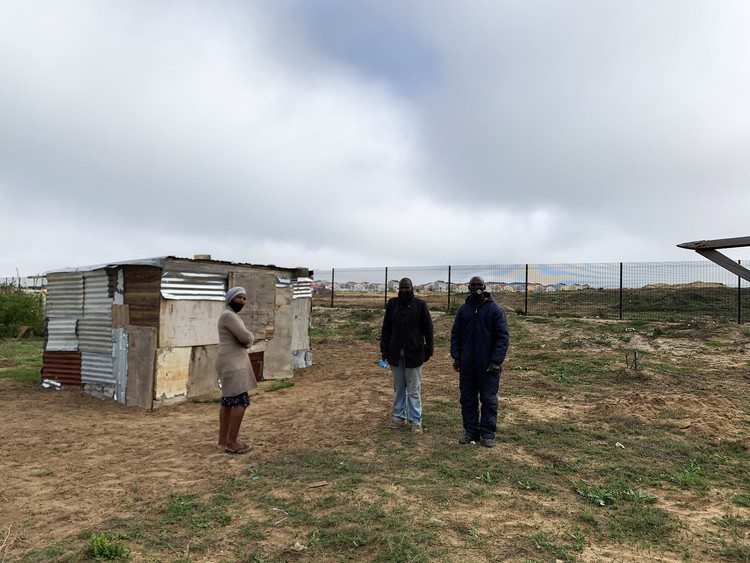 Community leaders at the informal settlement in the Table Bay Nature Reserve, run by the City of Cape Town, Phatiswa Gaga, Zuki Mahashi and Thembisile Gumata, say they are happy to be neighbouring the Pioneer Valley estate. Photo: Peter Luhanga

Some first-time homeowners in Parklands North want the City of Cape Town to take action against shack dwellers who have moved onto open land along the Diep River floodplain near their houses.

The shacks were initially erected in Dunoon. Many residents moved there after losing their income during the Covid-19 hard lockdown from March 2020. Then during winter last year, many of the shacks flooded and people moved their homes to the City’s Table Bay Nature Reserve near the Pioneer Valley residential estate.

Several Pioneer Valley residents, most of them women, say they have submitted numerous complaints to the City which have been ignored. They wanted their names to be withheld, fearing that they could be targeted or harassed.

The residents say they have to watch shack dwellers relieve themselves in full view of the public. “What is the City of Cape Town doing? When we wake up we find 20 more shacks built,” said a homeowner.

With the informal settlement growing in numbers, residents think this will affect the value of their homes. A clause in their FLISP agreement states that the homes can’t be sold for eight years. “If it was up to us, we would sell these properties and leave. Our properties are getting devalued. All we are asking is to build a wall,” said a homeowner.

Mayco Member for Human Settlements, Malusi Booi, said the City owned many hectares of land across the metro and fencing all of it off was not feasible.

“The City is aware of this matter and is engaging residents. Daily site inspections are carried out on this land. An order of court has been granted to interdict the erection of further structures on this land,” said Booi. 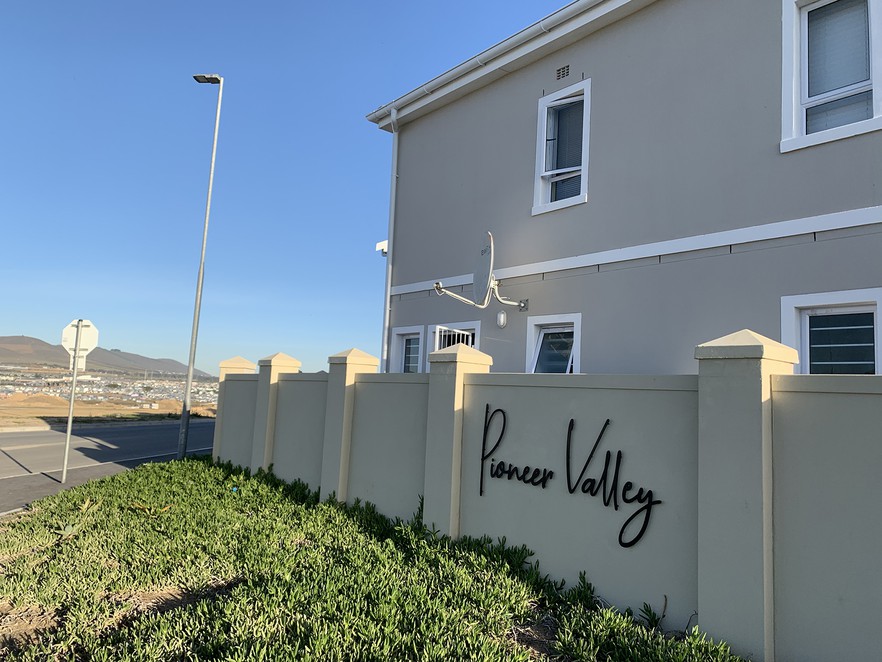 The Pioneer Valley residential estate is situated across from the nature reserve where hundreds of shack dwellers are errecting their homes. Photo: Peter Luhanga

On Tuesday, Phatiswa Gaga, a leader at the new informal settlement, explained that she and other occupiers had to move on 8 August 2020 after their shacks flooded.

She says there are 189 shacks erected in the nature reserve with about 500 occupants. Gaga says they have to relieve themselves in the open spaces because there are no toilets. They have no access to potable water. A church had dug a well point for them to use but the water is salty, she says, so they use it for laundry or boil it to cook.

Gaga says the City’s law enforcement officers patrol the informal settlement every day, looking for new shacks which they remove.

“We’re struggling here on our own and have our own vegetable gardens …. In terms of our informal settlement devaluing their homes, we can’t do anything about it, ” says Gaga.

Pioneer Valley residents also complained about a lack of public transport. Cityspokesperson Luthando Tyhalibongo said a bus service would be rolled out to the area “within the next four months, if all goes as planned”.