Some residents fear 846 communal toilets won’t be enough for over 3,000 shacks 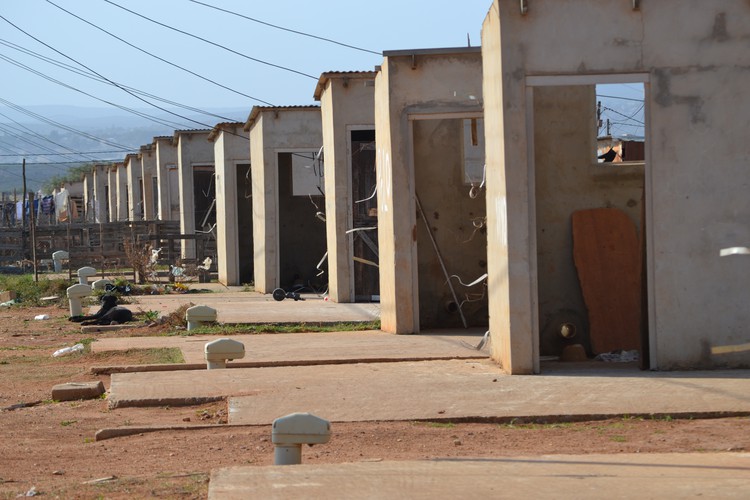 Residents of Bobani Village in Gunguluza, Uitenhage, will soon no longer have to relieve themselves in nearby bushes as the construction of hundreds of toilets is currently underway.

The project has been met with resistance from some residents. There will be 846 communal toilets, but there are over 3,000 households.

“I’d rather relieve myself in the bush than share one toilet with three shack owners … This could mean about 15 people will share one toilet because we are big families in this village,” said resident Thandikhaya Bhefile.

Bhefile said, “Government has been telling us not to share a cigarette to curb the spread of Covid-19 yet they want us to share one toilet as three families. I will tell the ward committee members dealing with this project to skip my shack and not register my name as a toilet beneficiary at the moment.”

Deputy chairperson of the new ward committee, Zamuxolo Klaas, said the project has been budgeted for and would continue no matter what. “It’s better than nothing,” he said.

“We are currently using ten blue plastic, chemical toilets for the entire village. The new project is going to help mitigate the spread of Covid-19. The project was planned long ago but the previous committee kept on disrupting it,” he said.

In July 2017 GroundUp was told that the construction of nearly 300 RDP homes on land in Gunguluza, Uitenhage, was a “top priority” for Nelson Mandela Bay Municipality. A year later, nothing had happened and the housing beneficiaries began moving onto land next to 300 partially completed concrete toilets.

Resident Mhloli Magwa said, “We came here expecting houses but they built toilets before houses. I have to carry a bucket of water every time I go to the toilet because it’s not flushing.”

Municipal spokesperson Mamela Ndamase confirmed that the toilets would be completed soon.

Ward 45 Councillor Siphiwo Plaatjies (ANC) said, “Residents of the village must always remember they invaded the land. This intervention of toilets is to ease their lives. Currently, they do not have any services but we bring water by trucks and provide standpipes in the toilets to avoid them having to go to the bush.”