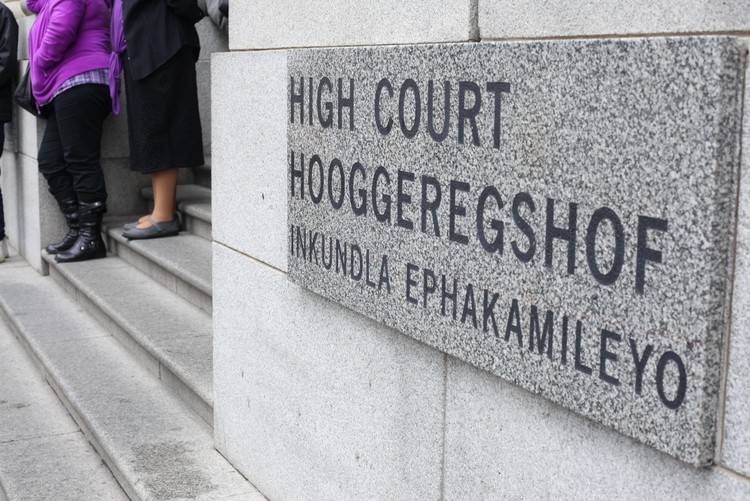 The Western Cape High Court has ruled against a trust which was attempting to evict a crèche from premises in Wallacedene. Archive photo: Masixole Feni

Two Western Cape High Court Judges have refused to evict a community crèche from the premises it has occupied in Wallacedene for almost ten years. The judges said there appeared to be a “shadowy relationship” between the crèche and the philanthropic trust which claimed to own the property.

Judges Babalwa Mantame and Lister Nuku said the circumstances which led to the Mzamomhle Foundation Trust claiming to have bought the property from Mzamomhle Educare need further investigation.

The judges found that the purported sale agreement for the land and subsequent “lease” agreement, which the trust claimed had been signed by crèche founder and owner, Margaret Ngaleka, who died in 2016, required scrutiny, especially in light of the fact that Ngaleka’s daughter had said fraud had taken place.

In the ruling, the judges said Wallacedene was an impoverished informal settlement which had taken its place in legal history books when resident Irene Grootboom, despairing over her intolerable living conditions, won a case in the Constitutional Court which ordered various spheres of government to devise, fund, implement and supervise measures to provide for relief for those in desperate need.

“It appears that 21 years after this judgment, the State has not done enough to protect the interests of children in that community, as the early childhood educare centre is being threatened with eviction in these proceedings,” the court said.

According to submissions made by Ngaleka’s daughter, Bongeka Mqolombeni, the crèche was first established by her mother in 1997 on a different property.

In 2010, Ngaleka met Robert Paul Serne (a trustee and one of the applicants in the eviction matter), who was on a Habitat for Humanity tour. He indicated that he would source sponsorship for the crèche from the Netherlands.

Serne then instructed Ngaleka to approach the City of Cape Town for a bigger piece of land, which, according to her daughter, she bought for R33,000.

In 2012, Ngaleka signed a deed of donation to the trust. But the land was only transferred in early 2016.

Her daughter said her mother did not understand the consequences of this and had not been legally represented at the time.

Later, when she approached the trust about it, she was told the property was still in the name of “Mzamomhle”, and that she had not understood the difference between the crèche and the trust.

Immediately after she signed this, she was told she needed to pay R1,500 a month to the trust for a contribution to insurance, which she did and which left her drowning in debt.

Mqolombeni said her mother had told her she was in a worse position than before, and she had questioned the so-called philanthropic assistance offered to her.

She told the court her mother had been misled and she had signed the documents believing they were in respect of a sponsorship application. She also said the use of the name “Mzamomhle” for the trust had been strategic.

The trust denied that it had “hijacked the property”. It said it had bought the property and leased it to Ngaleka. But when she died in November 2016, it discovered that the crèche was in arrears and was not being run properly hence the eviction application.

The judges said the so-called lease “smacked of a total disregard of the principle legality” in that it was concluded with an innocent and uneducated person.

“Even if she was duped into leasing her property (between 2012 and 2016), she disavowed this lease agreement. According to her understanding, she did not pay rent, she was contributing to property insurance. She was totally dismayed by the fact that Educare did not own the property when she found out in May 2016.

“Somehow [the trust] hoodwinked and or pulled the wool over her eyes, by making it sound like ‘Mzamomhle’, a familiar name to her, owned and was in control of the property.”

The judges said they had directed the City of Cape Town to file submissions in the matter because it involved the eviction of children. But the City had “shirked its responsibility” on the basis that the crèche was a non-profit organisation and if the eviction was granted, the children would not be rendered homeless.

This was “not comprehending the Grootboom judgment”, they said.

On top of that, when the City had authorised the sale to the trust, it did not seek confirmation from Ngaleka.

“The lease agreement is peppered with illegality and, on the face of it, is unconscionable and contrary to public policy. Even if it was legal, the question to be asked by this court is whether the applicants, by instituting eviction proceedings based on the so-called contract, are not hampering the best interests of the child and the right to basic education.”

The judges said while they did not have to resolve what was a clear dispute of fact over who owned the property, the court could not “fold its arms” and allow the trust to treat the crèche with disdain.

It was simply not possible for Ngaleka to have signed a lease agreement in 2012 when the crèche still owned the property.

“As a consequence, the eviction of vulnerable children is not competent at this stage as there was no lease agreement. The circumstances leading to the purchase of the land call for investigation … into allegations of fraud and misrepresentation.

“Furthermore the applicants paraded the trust as a philanthropic organisation that assisted in the welfare projects for the poor and destitute. They have to be investigated as to what extent they have implemented its objectives and strategies, if its purported assistance has a potential of leaving the respondents and vulnerable children more destitute than they were.”