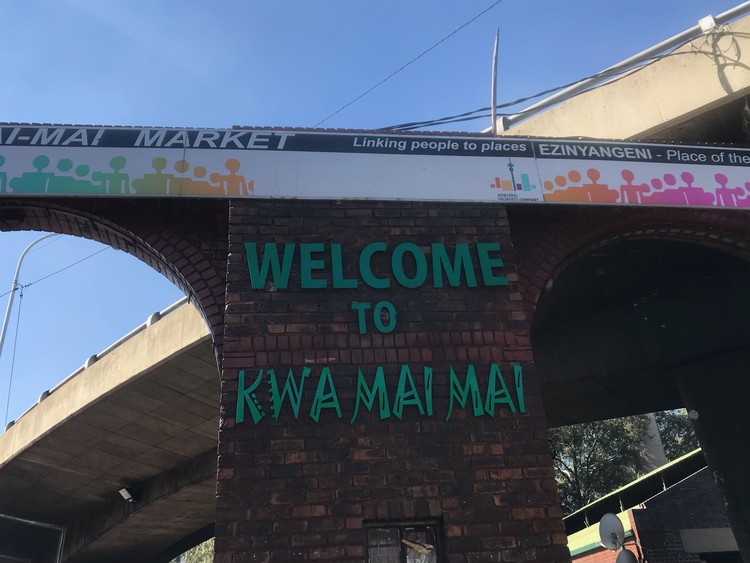 Traders at the Kwa Mai Mai Market, one of the oldest markets in Johannesburg, worry that a lack of maintenance may see the market closed. Photo: Masego Mafata

Traders at one of Johannesburg’s oldest markets, Kwa Mai Mai, accuse the Johannesburg Property Company (JPC) of mismanaging the market.

According to Malibongwe Sithole, chairperson of the Kwa Mai Mai traders committee, their troubles started in 2017 when talks of refurbishing the market began.

“In 2017, R10.9 million was allocated to uplift the market. As an interim committee member at the time, I was overseeing the project.

“When we were told that the project was complete, we disputed that because there were a number of roofs and doors that were never installed, as well as paving that was incomplete. However, on paper, the JPC claimed that all these tasks were done,” said Sithole.

Sithole said they attempted to speak to JPC about their concerns but were unsuccessful. Tensions rose between the JPC and traders when, in 2019, the JPC told traders to start paying rent.

Sithole said the traders refused to pay, and to date have never signed rental agreements with the JPC.

Traders marched to the City of Johannesburg’s offices in November 2020 to hand over a memorandum with the following demands: The City must take over the management and maintenance of the market from the JPC; traders must have ownership of their stalls and rental agreements must be scrapped; upgrades must be made to the market; and there needs to be regular maintenance of the facilities.

The memo was accepted by City officials but traders say they are yet to get a response.

GroundUp contacted the City and the JPC but no response was received at the time of publication. The article will be updated should they respond.

Zodwa Dlamini, a second-generation trader at the market, said, “This place is a heritage site. I was born here and I inherited this shop from my father and will give it to my child. We need our market to be saved and maintained.”

Dlamini said the condition of the buildings has been deteriorating and the JPC has not maintained the property. “Our roofs are leaking; the doors are so old and damaged. It is as if no one is looking after the place,” she said.

Other traders told GroundUp that rising crime has seen a decline in the number of customers who visit the market.

On Wednesday, representatives from the South African Human Rights Commission (SAHRC) were taken on a walk through the market and listened to the traders’ grievances.

Buang Jones, Gauteng manager of the SAHRC, said they will be hosting talks with traders and the JPC in a bid to resolve the matter.

Jones suggested that the commission could convene an inquiry where all officials involved would be asked to give their testimonies, or the matter can be taken to court. “It all depends on the relief that the traders are seeking,” he said.

The City of Johannesburg responds

The City responded after publication that JPC manages the market on its behalf. It said in 2014 Kwa-Mai Mai underwent a R3.2 million upgrade. “The project included major maintenance and renovation aspects such as painting, paving, tiling, security upgrade, electrification, plumbing, glazing, cleaning of gutters, welding, and repairing of toilet.”