300 learners, five classrooms, no toilets at this Eastern Cape school 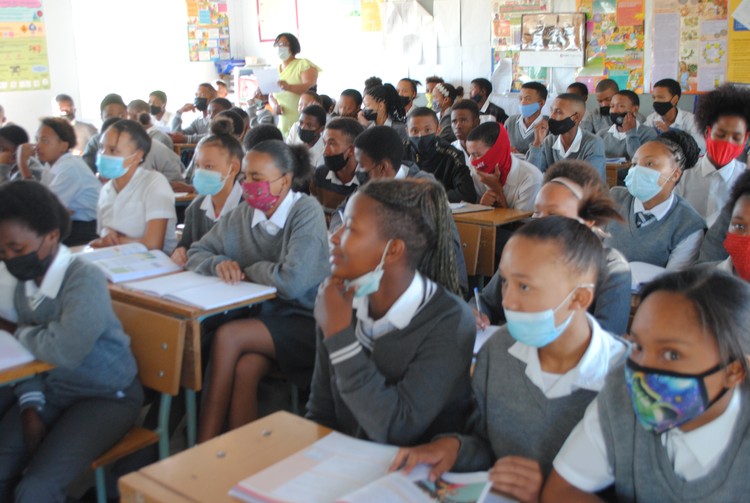 More than 300 learners and six teachers are crammed like sardines into five prefabricated classrooms at Newtown High School in Fort Beaufort in the Eastern Cape. Classes are overcrowded and noisy, with up to 68 learners in a class.

The school has no toilets. Girls and teachers use the toilets at neighbouring Newton (UCC) Primary School. Male learners relieve themselves in open fields.

Newtown High School was started by parents in 2015 who wanted their children to learn in an Afrikaans-medium school, and who could not afford to send them to private schools or to send them to schools in other towns.

“For over 40 years this community has been fighting for a no-fee high school in Afrikaans-medium,” says principal Marjorie Fester.

“In May 2015, the school started at Newtown Community Hall, with 35 learners. In 2016, I became school principal. Numbers grew rapidly. In 2017, the Department of Education gave us five prefabricated classrooms with a promise that it would give us five additional classrooms. But until today that has never happened.”

“Our learner numbers have increased to 334. But our five prefabricated classrooms cannot accommodate all of them. We use a rotational system for grade 10 and 11. Then we allow grade 12 to come daily.”

“The lack of fences is another problem. Classes are easily disrupted because communities walk up and down during learning time. Sometimes, when thugs are being chased by the community, they run into our school yard.”

“We don’t have air conditioners. All our electricity cables were stolen during December holidays. We don’t have toilets. The Department of Education only provided us with six toilets during the outbreak of the Covid-19. But at the end of 2020 the toilets were removed because the service provider had not been paid.”

Fester said in April 2019 the school governing body had visited the department’s district office and asked for the promised five classrooms. “The district promised us ten more classrooms. But that never happened,” she said. 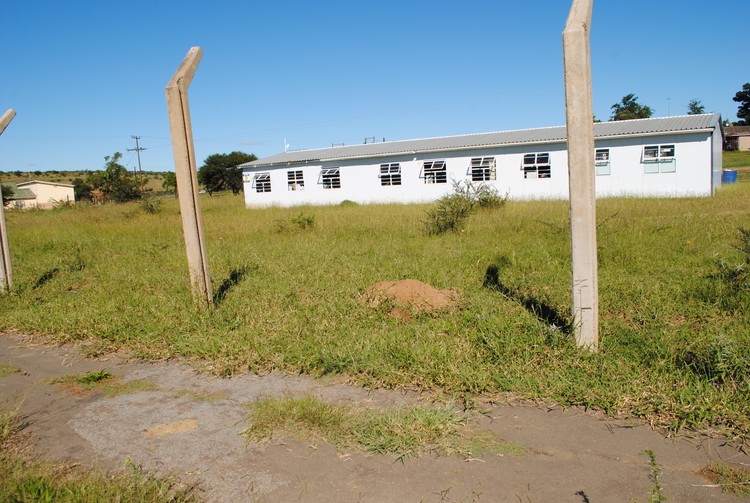 The school has five prefabricated classrooms. More were promised but have never been delivered.

“We have a drugs and alcohol problem in this community. Most of the parents survive on social grants and some are seasonal workers at citrus farms. These appalling learning conditions make education look meaningless to our children. The department is dragging its feet in addressing this problem.

She said the primary school had 803 learners and shared its toilets with the high school. “We have six toilets, but they are always faulty because vandalism is rife,” she said.

English teacher Thabisa Taziwa arrived from KwaZulu-Natal in 2016. “Everything is a struggle here. We don’t have a staff room and we always have to beg for a toilet at the primary school. Sometimes there are tensions between us and the primary school staff because we exhaust their resources.”

“The are no literature textbooks for grade 12s. I have to photocopy the whole textbook because the Department is not delivering them. The last time we received them was in 2017.”

“We don’t feel safe here, learners are smuggling drugs. Parents sometimes come dressed in pyjamas and confront us and their children while the class is in progress. Learners carry knives. I am going for therapy sessions because this working environment affects my relationship with my three children,” she said.

Grade 10 learner Jerome Bantom says he struggles to focus in class. “The class is overcrowded and full of noise. I struggle during the exams because this rotation is also not helpful. Also not having a toilet at school is humiliating.”

Spokesperson for the Eastern Cape Department of Education Malibongwe Mtima said Newtown High School was situated on land belonging to a church, which the department rented. “We cannot build the toilets or the school on privately owned land.”

“But not far from the school land that has been identified where the school will be built and receive all the government’s necessary resources. We are currently having negotiations with the community in order to reach an agreement on relocating the school to the identified site.”

He did not answer GroundUp’s questions about the additional classrooms, the toilets or the fence.

Previous:  Slap on the wrist for police commander who ignored torture allegations