Construction of a new rank has been halted since 2010 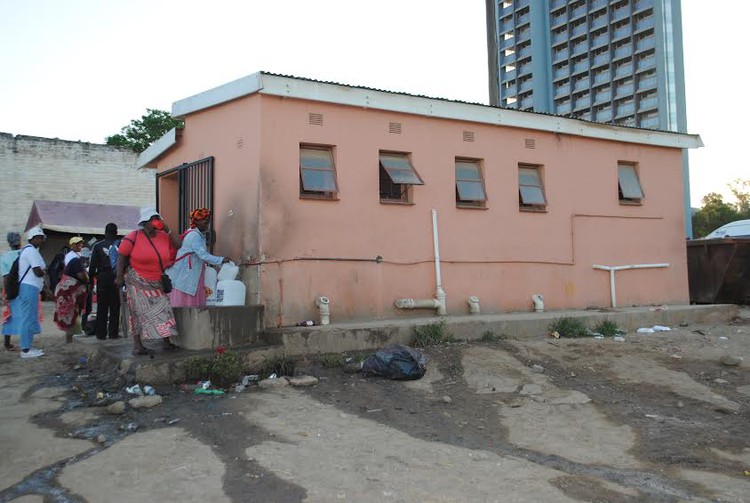 There are only four toilets - two for men and two for women, at the Mamela taxi rank in central Mthatha, through which on average 45,000 commuters pass daily. Photos: Mkhuseli Sizani

The Mamela taxi rank in central Mthatha is used by 1,000 taxis. But there are only four toilets and no shelter for the 45,000 passengers who go through the rank every day, according to the taxi association.

The Mthatha Taxi Owners’ Taxi Association says five buildings were demolished in 2010 to make space for the R10 million construction of a rank.

Four toilets, two for men and two for women, were built by the OR Tambo District Municipality. But since then, nothing has been done. The rank remains unfinished.

The provincial Department of Roads and Transport says the rank is the responsibility of the King Sabata Dalindyebo Municipality in Mthatha. But the municipality does not want to give clear answers to our questions.

Pumzile Mgweshe, responsible for the Mamela rank for the Mthatha Taxi Owners’ Association, said that construction of the rank suddenly stopped, “we were told that R7 million was left.” Since then no work has been done, Mgweshe said.

“We have been in and out of meetings with the mayors, municipal officials, ward councillors and MEC for Transport Weziwe Tikana to speed up this project.”

The taximen now doubt they will get a properly built rank.

“In June we were assured by the municipality that the R7 million was still available. We were also told that we should send a delegation in August with one of the infrastructure officials to Gauteng to view some of the ranks there in order to choose the one we want.” But the trip was cancelled because of Covid, said Mgweshe.

“Now we are under pressure because commuters say this rank is muddy like a pigsty on wet days. Their groceries, especially sugar, mealie meal and bread flour, get damaged because there is no shelter. They even wrote to us complaining about this rank,” Mgweshe said.

The busy rank serves townships in Mthatha West and more than 50 villages.

“Our office has three rooms in this dilapidated building. On wet days passengers, especially the elderly and the disabled are crammed into it with their parcels.” 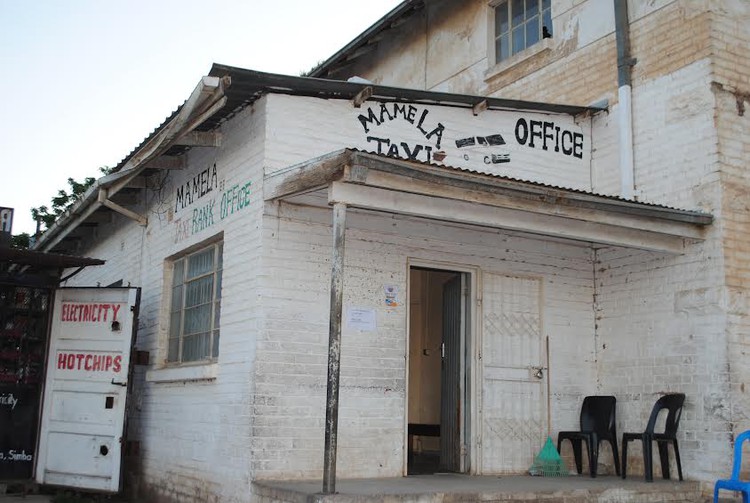 On rainy days commuters try to shelter in the offices of the Mamela Taxi Owners’ Association.

Toilet cleaner Onke Mhlontlo said demand for toilets was overwhelming especially on days when social grants were paid. The situation had been made worse because toilets at the Mthatha Long Distance Taxi Rank had been closed for four months for renovations, Mhlontlo explained.

“Due to long queues I squeeze women inside men’s toilets,” he said.

When we visited the rank, several men were urinating against walls.

Unathi Binqose, provincial Department of Roads and Transport spokesperson said, “The construction of taxi ranks is the competence of the municipalities. We don’t have a mandate to build the taxi ranks. ”

Sonwabo Mampoza, King Sabata Dalindyebo municipal spokesperson, refused to give a detailed explanation of delays or of how the R10 million had been allocated in 2010.

He said, “There is nothing much to say. But the project is still in planning.” 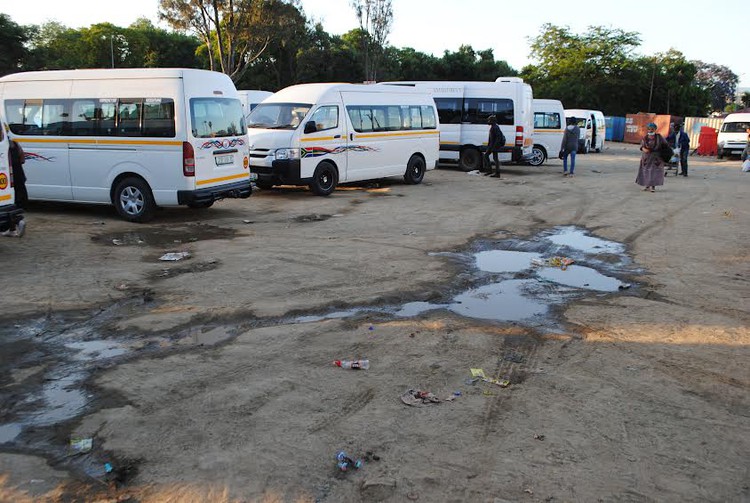 Construction of a new rank has been stalled since 2010.

Previous:  The paradox of infection and vaccination statistics