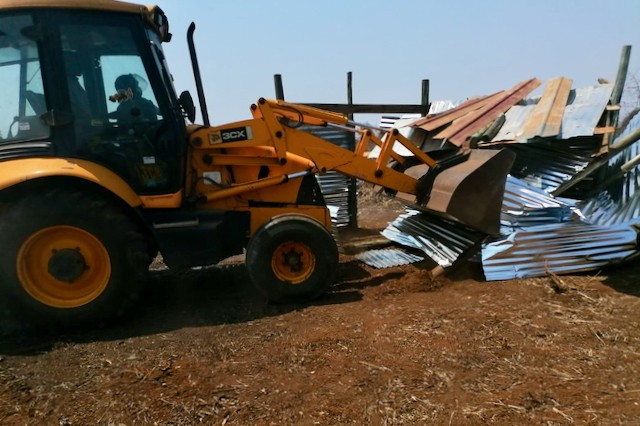 Backyarders from Tshikota had occupied Naturelle Lokasie Farm, close to Louis Trichardt in Limpopo, on 10 September. The farm is a municipal property.

The backyarders say they occupied the farm after they heard that Makhado Municipality was selling residential and business stands on the site by public auction.

The municipality obtained an interim court order from the Limpopo High Court in Thohoyandou on 16 September. It interdicts the allocation of stands and the erecting or the extending of structures by the land occupiers. It authorises the municipality to demolish any complete or incomplete structure, occupied or not occupied, erected on the property.

But the order is an interim order with a return date of 28 September 2021. Yet the municipality has gone ahead and demolished all the shacks on the property.

The community did manage to stop trucks hired by the municipality from taking away their building materials.

“The municipality is stealing our material. Where would they put that? We are not going to let them take away our building material,” said Mathekgana Mahlatse, whose shack was demolished.

The backyarders say the municipality promised to build them RDP houses in 2018. They say they can no longer afford to pay rent as they are unemployed.

“Makhado Municipality is in breach of its promise. The municipality requested the community that the matter should not be settled in courts but today we are surprised to find them demolishing our shacks and telling us that they have a court order,” said Mahlatse. 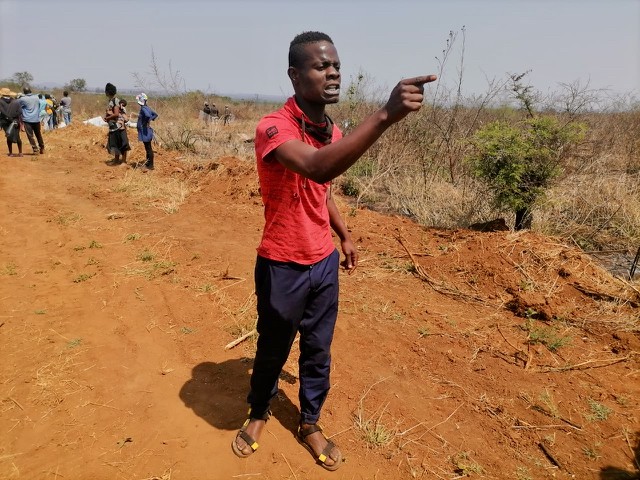 “We are surprised to find them [Makhado Municipality] demolishing our shacks and telling us that they have a court order,” says Mathekgana Mahlatse.

Makhado municipality advertised the sale of the residential and business stands by public auction, with the first bidding starting on 24 September (before the interim court order return date).

Those bidding must place a deposit of R10,000 for residential plots and R50,000 for business plots. If they win the bid the deposit goes to the purchase price. If they fail to win the bid for a stand, the deposit is refunded, according to Louis Bobodi, Makhado Municipality spokesperson.

The backyarders insist this is contrary to what the municipality had promised them three years ago. Jacob Khosa, one of the occupiers cited in the court papers, said, “Three years back we invaded this land because Makhado municipality was failing to allocate stands for us. Within those three years, the municipality promised to build us more than 300 RDP houses, which they never did.”

“The municipality is now selling the land by auction. This completely disregards the poor people of Tshikota. We decided to occupy this land because we are from poor backgrounds and cannot afford the money for bidding nor buying those stands.”

Bobodi said Makhado Municipality allocated 100 RDP houses for the community in the 2021/22 budget to be built on a different piece of land in Tshikota. 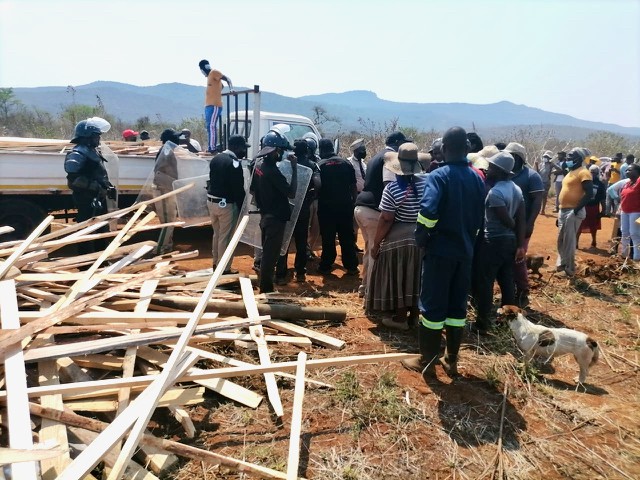 Tshikota backyarders stop trucks hired by the municipality from taking away their building materials.

Next:  A tale of two prisoners: Juane Jacobs and Jacob Zuma

Previous:  How to buy an affordable home in the Western Cape