All in a day’s work for reclaimers in Gauteng 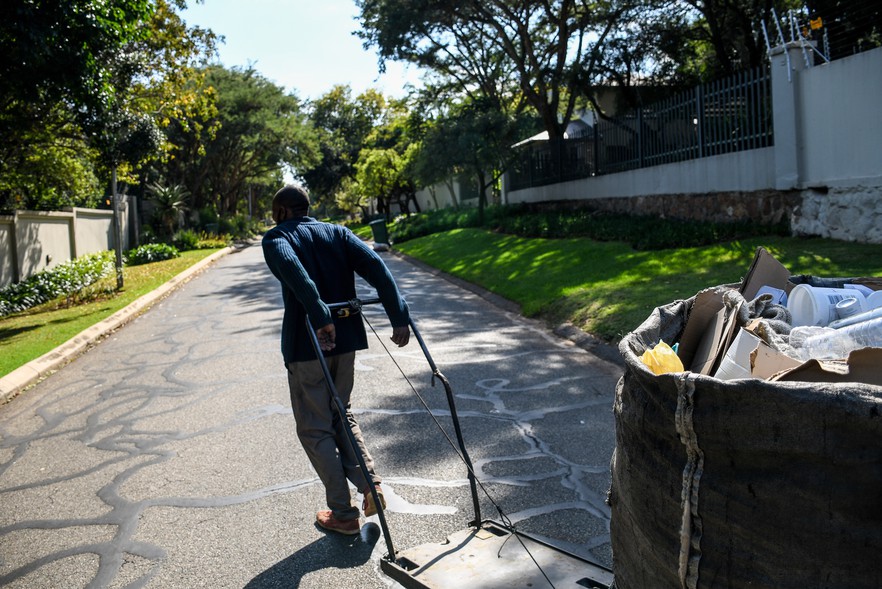 Refuoe Mokuoane lives in an informal settlement but spends his days collecting waste in Johannesburg’s wealthiest suburbs, Sandton and other surrounding suburbs. Asked what that’s like, he told GroundUp: “We are dreaming of living like that one day”.

Mokuoane, 39, is from Lesotho. He and Douglas Mali, 47, from the Eastern Cape, are among the dozens of reclaimers who frequent the streets of Sandton.

The pair say they spend Monday to Friday sifting through bins for material to recycle. They wake up at 4am “to get there before other waste pickers”. On Saturdays, they take their trolley to the scrap yard to exchange their recyclables for money. They say they walk about 15km a day.

Mokuoane left his job selling fruit and vegetables in Lesotho. The only job he managed to find in South Africa was waste picking.

The men say that some residents in the suburbs treat them with respect, giving them a cup of tea or some blankets and clothes. Others are more hostile. 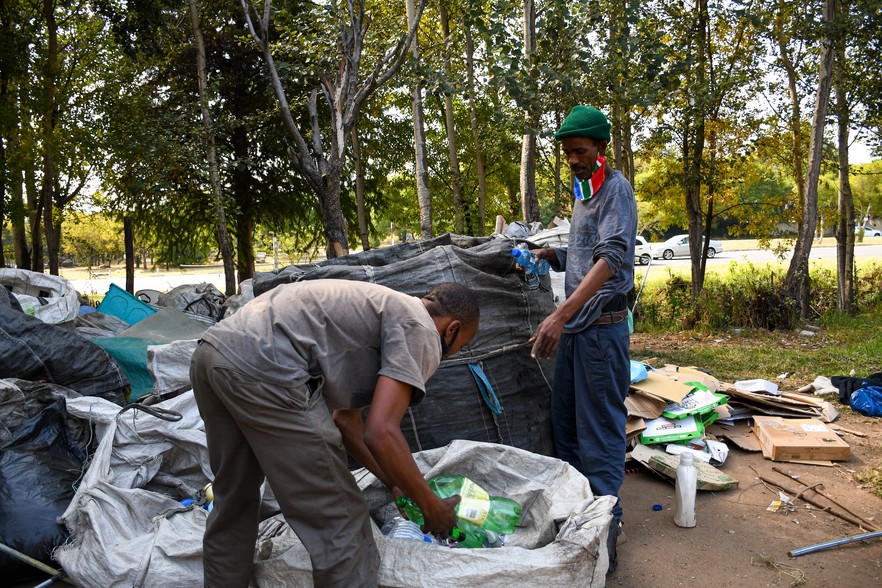 Refuoe Mokuoane and colleague Douglas Mali sort through all the recyclables into paper, plastic, cardboard and aluminium to take to the scrapyard. Photo: Julia Evans

They have to collect 20kg of plastic to make just R80 which usually takes them the whole week to collect. Sorting is the hardest and most time-consuming part of their work, they say.

According to a study by the Council for Scientific and Industrial Research (CSIR), between 60,000 and 90,000 waste-pickers are responsible for collecting 80 to 90% of the used packaging and paper that is recycled in South Africa. 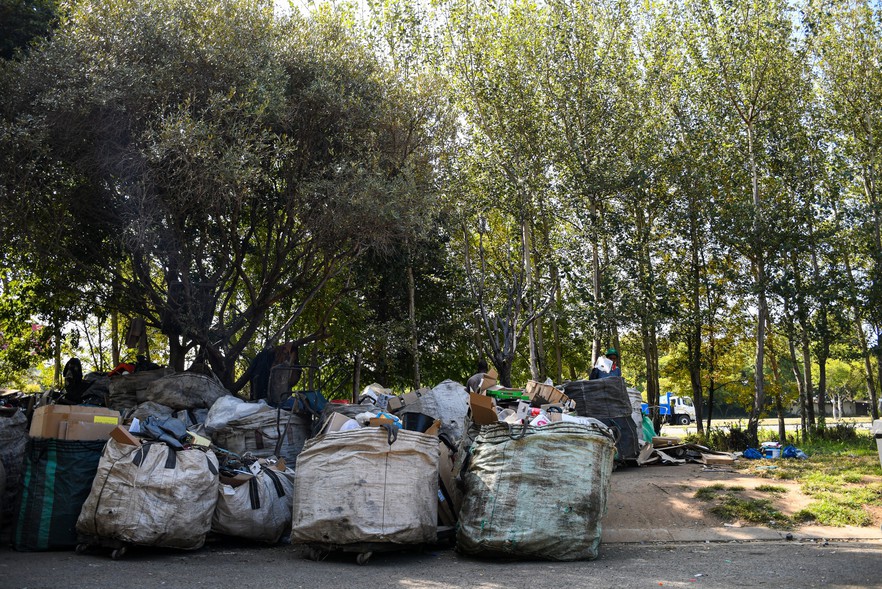 The camp where Refuoe Mokuoane lives often serves as a collection point for other waste pickers who live there. They have to sleep with their trolleys because, as Mokuoane says, what’s in them is the equivalent of money. Photo: Julia Evans

In Pretoria, there are over 300 reclaimers around Soshanguve, who earn a living by sorting and selling waste to local buyers and recyclers. 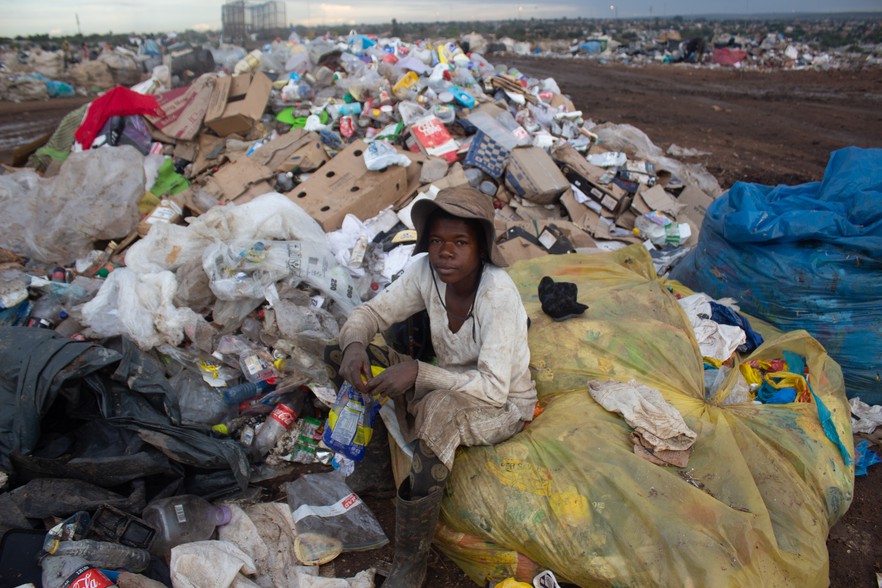 Angelina Mandera, 27, left Zimbabwe in search for better job opportunities. As a waste picker, she sends money monthly to her family who look after her eight-year-old daughter in Zimbabwe. Mandera lives in a two-roomed shack and her aunt looks after her daughter aged four, while she works at the dump site. 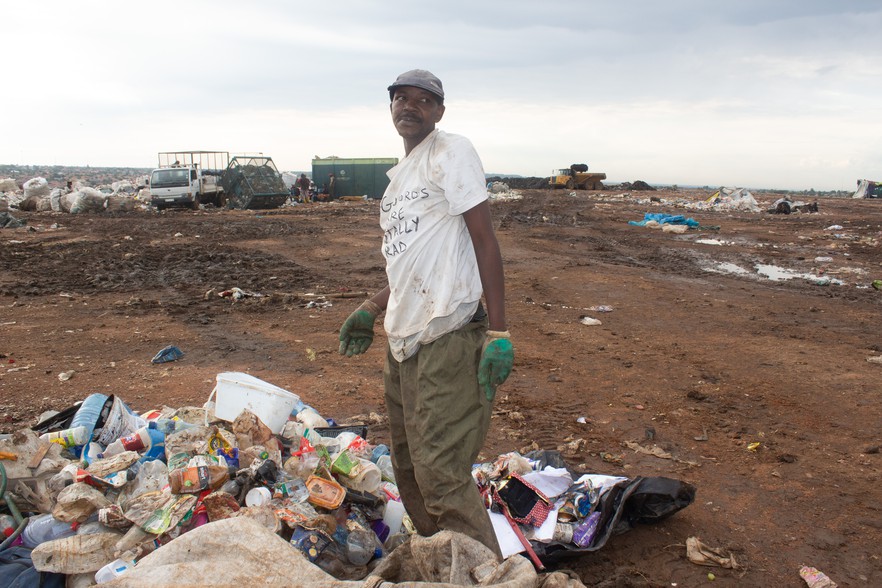 Sipho Jiyane, 34, has been working as a waste picker for the past year. He used to sell fruit and vegetables in the Wonder City informal settlement where he lives. Photo: Mosima Rafapa 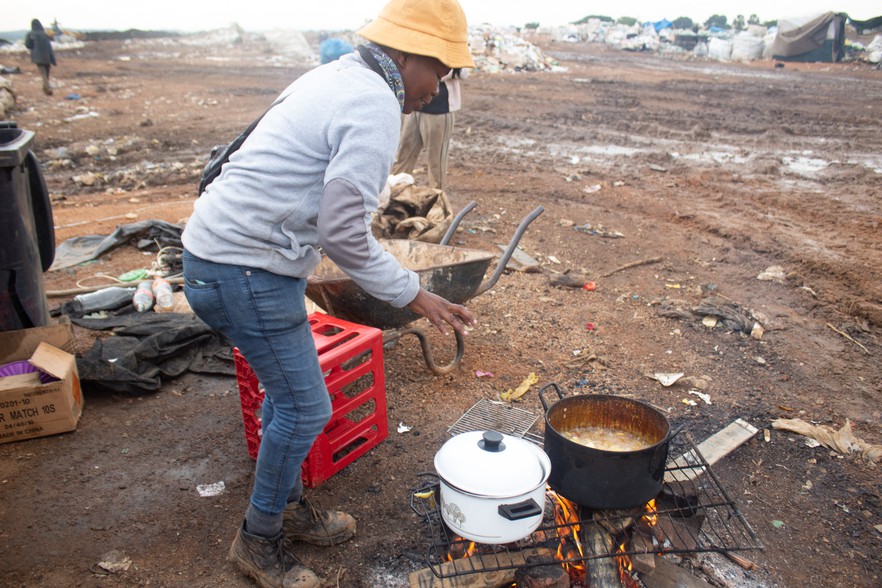 Lerato Moema, 32, saw a business opportunity at the dump site. She has been selling cold drinks, sephahlo (bunny chow), steak and pap to waste pickers for the past three years with the help of her sister, Dimakatso Moema. The pair start work at 7am every day and make about R2,500 per week. Moema says business has been good and she is able to support her ten-year-old daughter.

Next:  Promises, promises: the residents of Marikana Soutpan have almost given up hope

Covid-19: Is it time to allow home-testing?