Bad driving, gang violence and a hostage situation: why there’s no water in Smartie Town

Hundreds of Gqeberha families have been without water since Sunday 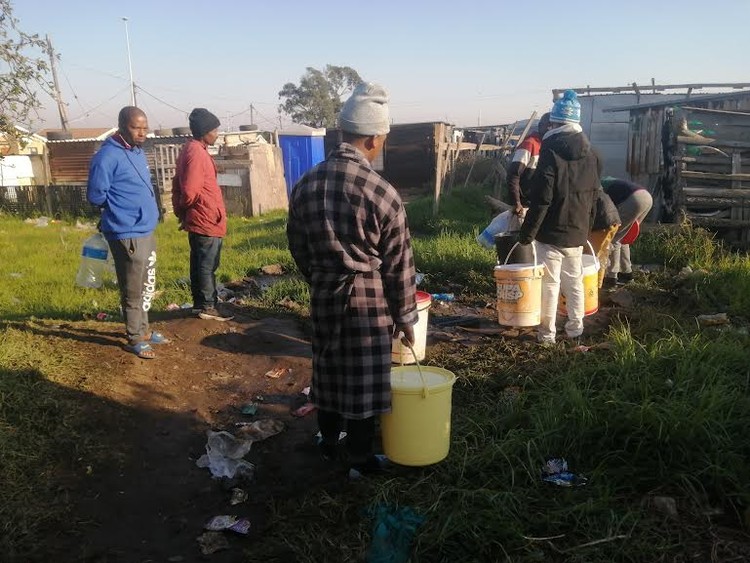 A reckless motorist, gang violence, a hostage situation and a dysfunctional municipal council: everything came together to leave several hundred Gqeberha households without water for several days.

Dozens of residents of Smartie Town blocked the Old Uitenhage Road with burning tyres on Wednesday morning, complaining that 500 households had been without water for days.

First, a motorist left the road on Sunday and damaged the water meter.

Then the municipal workers couldn’t come to fix it because of gang violence in the area.

Then municipal officials were held hostage by angry workers.

Andrew Baatjies told GroundUp, “Since 4am on Sunday we have been without water. Municipal workers came the same day to fix the damage but were disrupted by the gang shootings between Missionvale and Smartie Town. They left the area in fear of their safety.”

“We had to queue for water in a nearby informal settlement for hours. We don’t have water to bath, cook and flush toilets. The municipality only sent a water tanker on Tuesday afternoon but the water was not enough.”

He said frustrated residents decided to protest. “Residents are angry because the ward councillor and municipality are not helping us,” Baatjies said.

Alastar Willem, who lives with her family of seven, said she had only managed to fill up two five-litre containers from the tanker. “Our toilet is blocked and stinking. The hot weather conditions also make the situation worse because we are thirsty,” she said.

When we visited, residents including children in their pyjamas were queuing at a communal tap across the Old Uitenhage Road.

Ward councillor Teslin Booysen (DA) said, “The problem was caused by a damaged water meter that was run over by a car. But the workers were disrupted by violence and left the area for their own safety.

“On Monday and Tuesday, water and sanitation workers held municipal officials hostage over unpaid overtime money. So there were no services from that department. A water tanker was sent on Tuesday afternoon to help about 500 households with water. However, there is no contract for the water tankers because of the political instability in the council. Hence service delivery is affected.”

Mthubanzi Mniki, spokesperson for the Nelson Mandela Bay Municipality, has not responded to GroundUp’s questions and is not answering our calls. 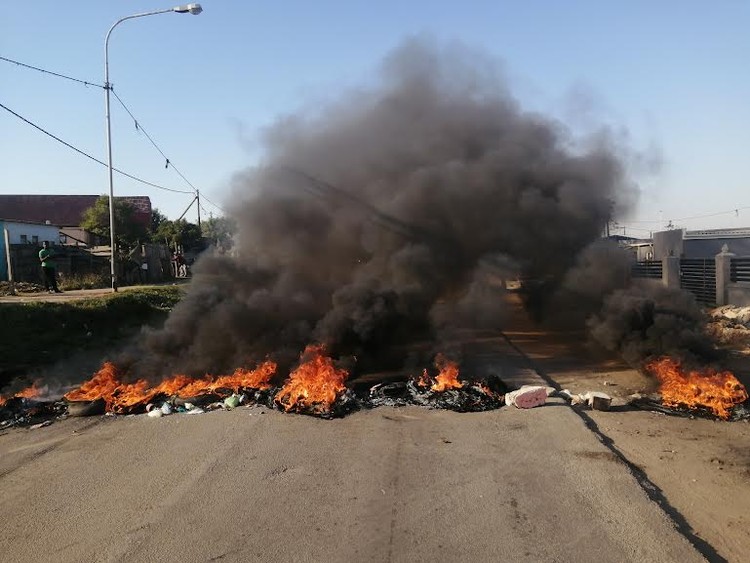 Protesters blocked the Old Uitenhage Road demanding the restoration of their water supply.

Previous:  Young woman’s dream of becoming an architect crushed in her battle to get asylum

Plastic pollution: We’re getting it wrong. Here’s what needs to happen

Pupils at this school have to study outside