Burning of clinic: suspects in court

Mayor says some services suspended after “wanton acts of vandalism” 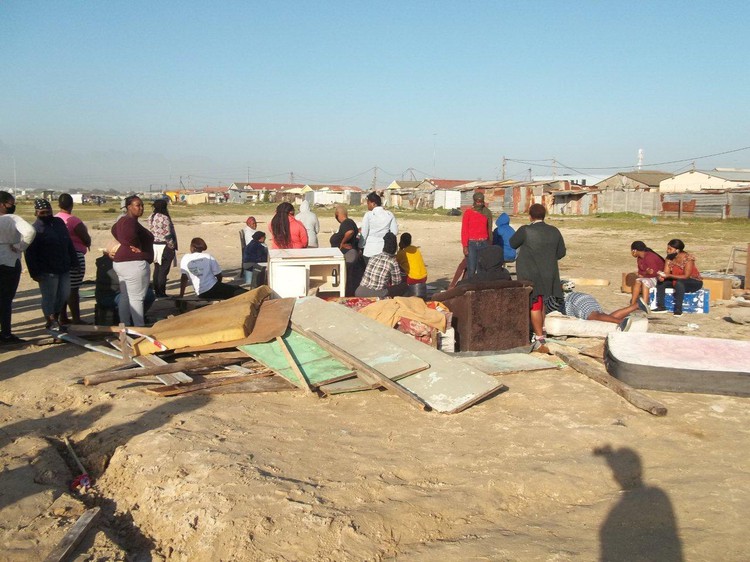 Four people appeared at Khayelitsha Magistrate Court on Monday to face charges of public violence in Khayelitsha following the burning of Desmond Tutu Hall and a Covid-19 clinic during a land occupation on Saturday.

In a statement on Tuesday, Mayor Dan Plato said: “A strong message must be sent that wanton acts of vandalism are unacceptable and only rob the community of much-needed services.”

He said “extreme volatility” had forced the City of Cape Town to suspend provision of basic services such as rubbish collection.

People have been flocking to vacant land near Noxolo Xauka Primary School since the weekend before last, in spite of law enforcement officials repeatedly demolishing their shacks.

“Some of us are retrenched from restaurants, construction companies and hotels. Others work short time. Others don’t work at all,” she said.

She said the occupiers had moved onto the land because it had been vacant since 2012.

Nolitha Yalo said she and other land occupiers had been sleeping outside on the land since the first eviction.

“We feel cold at night. We scrape cash together to buy bread and share it.”