City of Tshwane not coping with refuse removal, say residents 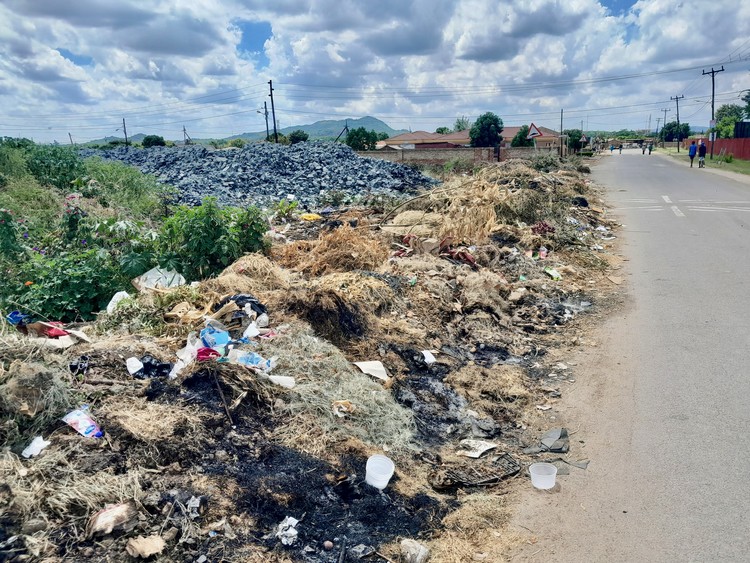 Uncollected rubbish is burnt by residents in Ga-Rankuwa Zone 4. They cover it with grass and debris in the meantime while they wait for municipal collections, which they say are too infrequent. This site is close to houses and opposite the Rantailane Secondary School. Photos: Chris Gilili

Ga-Rankuwa View residents say rubbish has been piling up for months in various open areas, making life unpleasant. They are also worried about the health threat it poses to them and their children.

Mada Kungoane, who runs a food business, said, “It’s getting worse every day. Some people cannot stand the smell and refrain from buying from my shop.”

He said people have resorted to burning the rubbish themselves, but it “piles up again in no time”.

“You find all kinds of waste here – disposable nappies, dead dogs and rotten food. We have been calling for these illegal dumpsites to be cleared,” said Kungoane.

“We have kids from the school in the area who play near this filth,” said Phazel Podile, who stays near Bachana Mokwena Primary School. “It’s not only rubbish, but we have sewage overflowing in the streets and in our yards.”

Thebe Molebaloa, who has been a rubbish contractor with the City for three years, said, “I have not been paid for six months of work last year. They only paid some of the money last month. It is frustrating. It takes the City of Tshwane a long time to approve a single invoice. We also have been reduced to only working two days a week.”

“I work with what the City gives me and I cannot cover the whole of Ga-Rankuwa with limited resources. I also need money to purchase petrol for my truck, but if I am not getting paid. I am stuck,” said Molebaloa.

“The cutting of waste budgets is the main challenge. Now the whole metro is covered in filth. Even in town, it’s dirty,” he said.

City of Tshwane spokesperson Selby Bokaba said the City collects rubbish once a week in Ga-Rankuwa View and removes illegal dumping once a month.

The City was still encouraging people to apply for bigger bins because they could contain more waste.

But ward 45 Councillor Violet Phalwane (ANC) says there was a fee of R230 per month attached to the 240-litre bin offer.

“When the City came with this, they didn’t properly consult the community and there was chaos. Some community members told me they won’t pay this amount as they hoped to receive the bins for free,” said Phalwane.

“The City has drastically reduced its waste management services in Ga-Rankuwa. It’s a huge area with three wards, but waste is collected only eight days in a month. That means illegal dumping cannot be easily curbed,” she said.

Phalwane said, “I have even suggested to the community that maybe they should march to the waste management department offices so that they could lay their grievances in person. I am not failing my ward. The reality is that the City of Tshwane is failing in delivering services.” 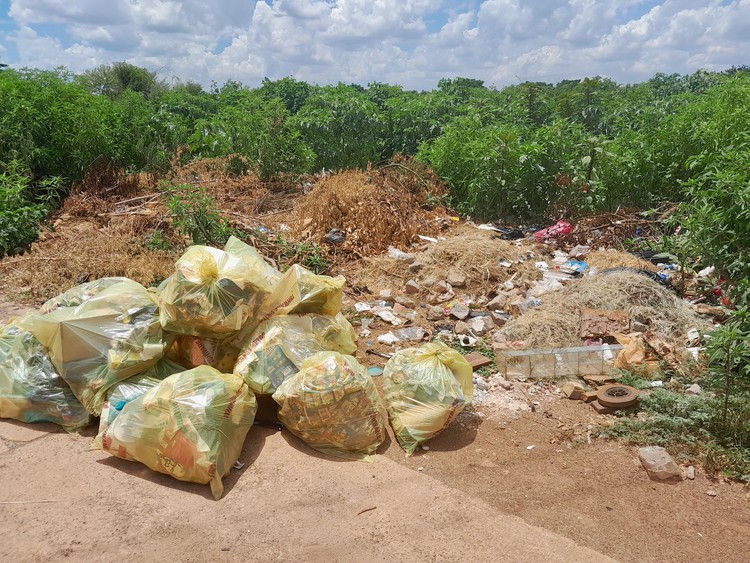 A heap of uncollected refuse in Ga-Rankuwa Extension 23.

Next:  Pretorians protest against loadshedding and tariff hike