“Commuters have to urinate in the open,” says PE taxi driver 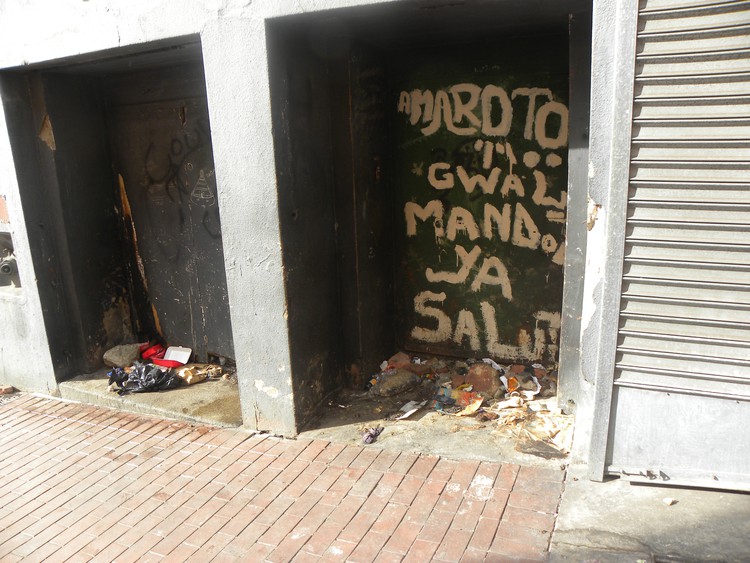 Toilets at the Govan Mbeki Avenue taxi rank in Port Elizabeth have been out of order for several months after being vandalised. Photo: Joseph Chirume

The ablution facilities at the Govan Mbeki Avenue taxi rank and urinals near the Summerstrand taxi rank have been closed since September last year, forcing commuters to relieve themselves outside.

The Nelson Mandela Bay Municipality says the facilities were vandalised and stripped of pipes and taps which resulted in faeces overflowing onto the street. It says each time repairs are done, criminals break into the toilets again.

Passengers and taxi drivers now urinate on the walls of the closed toilets.

“Commuters have no option but to urinate in the open. The environment should always be tidy to prevent diseases,” said taxi driver Alois Malgas.

Muchadei Nhomba sells fruit and vegetables at the Govan Mbeki rank. She said she walks a long distance to use toilets at the Norwich taxi rank.

“We appeal to the municipality to fix the toilets because I walk for about 30 minutes to the toilet. I cannot urinate in public,” she said.

Ndamase appealed to the public to assist with maintaining and guarding the toilets. “The destruction of the facilities by vagrants has been ongoing and no one said anything until everything was vandalised inside.”

The Department of Waste Management is monitoring the toilets to avoid further vandalism until the issue is resolved, he said.

Next:  104-year-old woman has to go to the toilet in the open

Previous:  Families vacate land at owner’s request, only to be moved off new land too