Dunoon residents hire their own janitors to clean communal toilets 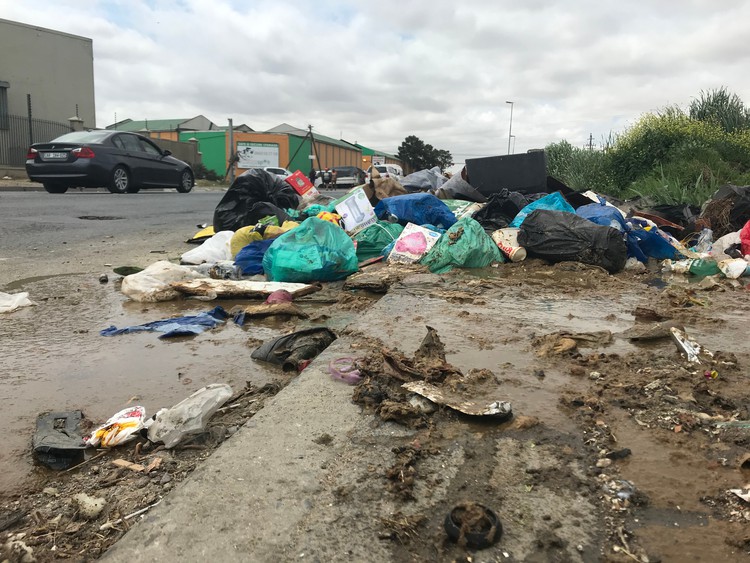 Janitors hired by residents of Dunoon often dump bags of excrement along the road on the N7 or along Potsdam Road. Photo: Peter Luhanga

Residents living in informal settlements in Dunoon, Cape Town, are rallying together to hire their own janitors to clean communal toilets in the area.

The janitors, who all live in Dunoon, charge between R150 to R200 per toilet. Without additional funds to supply safety gear for the janitors, most of them use their bare hands to remove the toilet septic tanks, empty the faeces into buckets and discard it in municipal refuse bags on the N7 or along Potsdam Road.

One of the janitors, who asked not to be named, told GroundUp that he was now able to support his four children and wife. He said that there are nine other janitors who cleaned toilets in the evenings in Siyahlala, Sobukwe, Ekuphumuleni, Ezindlovini, and Ekupholeni informal settlements.

“I clean up to ten toilets per week. It depends how many people call me. I dumped the faeces on the N7 and sometimes along Potsdam Road … It depends which side I am cleaning,” he said.

The Dunoon branch chairperson of the South African National Civics Organisation, Sinethemba Matomela, said that no agreement was made between the City of Cape Town and community leaders regarding contractors deployed in the community.

Since August, residents have blocked the Sanitech, a company hired by the City, from operating because they want Mshengu Toilet Hire to continue with its services in Dunoon. There have been numerous protests, including emptying buckets of faeces on the N7.

Sanitech has since been allowed back into Dunoon after the City obtained a court interdict on 1 September.

Matomela said the company, however, only cleaned toilets that were placed along main roads which excluded toilets near the centre of the informal settlement. “It is frustrating that Sanitech cleans once a week even though they know these toilets are shared by ten families,” he said.

Mayco Member for Community Services and Health, Zahid Badroodien, urged residents to dispose of waste responsibly. Commenting on excrement being dumped along the road, he said it was unhygienic and unsafe, particularly when handled without the correct protective equipment.

Mayco Member for Water and Waste, Xanthea Limberg, explained that under the current circumstances it is difficult to finalise contracts with Sanitech to clean the toilets in all parts of Dunoon.