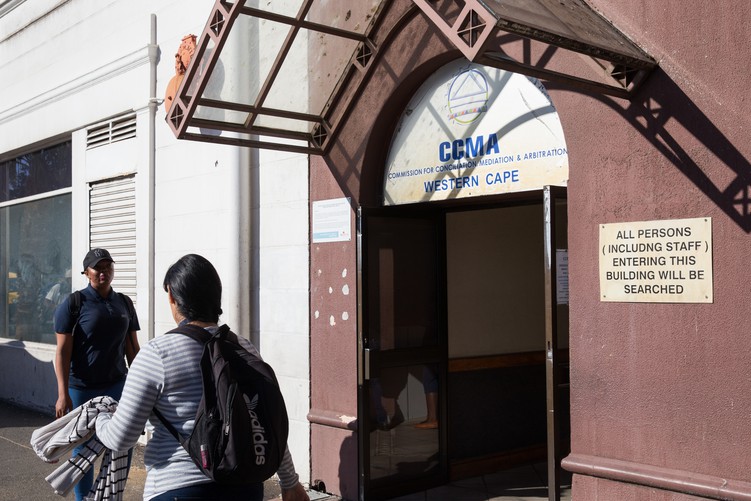 The CCMA has ordered that Luxor workers be reinstated. Archive photo: Ashraf Hendricks

The Commission for Conciliation, Mediation and Arbitration (CCMA) has awarded about R38 million in back-pay to 181 workers who were dismissed from a paint manufacturing company in 2018, and ordered their reinstatement.

The Boksburg company, Luxor Paints, has opposed CCMA commissioner Bonginkosi Zulu’s arbitration ruling of 13 January 2021, and has referred the matter to the Labour Court for review.

Under the Labour Relations Act, a Labour Court review means that the award is still implementable until the court’s decision is made, unless the company approaches the court for an exemption.

According to Luxor Paint’s version of the events, workers carried “sticks, bricks, and bottles” on the days of the strike, “preventing customers and suppliers from entering the premises”. The workers also allegedly “intimidated non-striking employees and attacked vehicles and staff, including security personnel”.

The workers, represented by the General Industries Workers Union of SA (GIWUSA) and the Casual Workers Advice Office (CWAO), argued that the dismissal of all 181 workers was “substantively unfair” since Luxor could not provide evidence each of them were implicated in the misconduct.

Joshua Hlungwani, one of the dismissed Luxor workers, told GroundUp that the main thing they were striking for was medical aid. “Because we were working with chemicals…manufacturing car paint,” he said.

“Without going to hearings, just out of the blue they issued a letter saying that we had been dismissed,” said Hlungwani.

Commissioner Zulu found that many of the employer’s witnesses were testifying on “hearsay evidence”. He found that the video footage of the strike, provided by the employer, did not implicate all the workers in the alleged misconduct and that the employer’s version of the events was “not credible and not probable”.

Zulu also said that he found the employer’s “need to hire heavily armed security personnel from the first day the strike commenced … quite baffling”.

Luxor Paints director, Kevin Lurie, responding to questions sent by GroundUp, said that “it should be clear that Luxor does not accept the CCMA outcome, as we believe that the latter did not take into account the extreme violence, misconduct and intimidation perpetrated by the relevant dismissed employees, which left the company with no reasonable option but to act as we had done at the time”.

Lurie added that the company would not make any additional comments at this stage in the case.

Bhavna Ramji, the CWAO legal representative of the workers, said that the case will likely take about a year to actually be heard in court. “A Labour Court review is such a long and unpleasant process,” she said.

She said it would be “five, six, seven years before workers can actually see the end of it”.

Ramji said that they will continue to oppose the company’s argument of “common purpose”, which implicates every worker in misconduct on the days of the strike.

“This is a very big case. And it involves 180 workers, each with their own stories, and each who participated differently in the strike,” she said.

Next:  Covid-19 grant beneficiaries hoping for a miracle

Previous:  Filthy train station has been cleaned … but not by PRASA