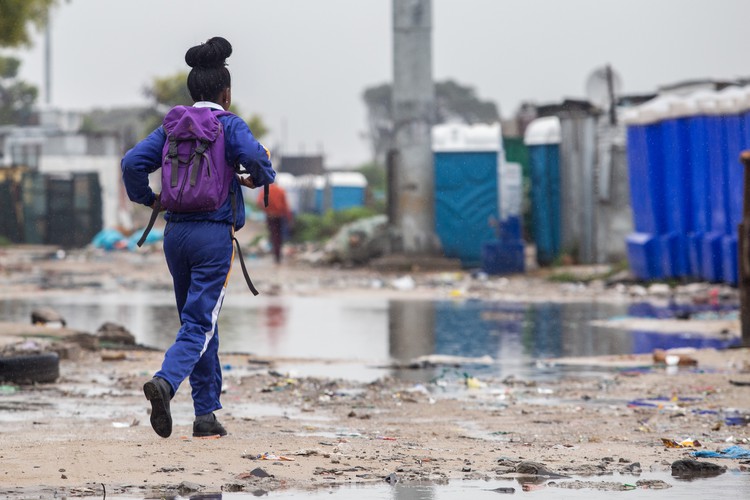 The Western Cape Education Department says it has received over 32,000 late school applications with more coming ahead of schools starting next Wednesday. Photo: Ashraf Hendicks

As learners and teachers in the Western Cape are preparing to resume the school year next week, Equal Education Law Centre (EELC) says it is inundated with calls and walk-ins by parents desperate to find placement for their children.

According to the Western Cape Education Department (WCED), 575 grade 1 and 3,014 grade 8 learners are still unplaced and over 32,000 late applications were submitted.

“This is a problem every year and it is only going to get worse. With Western Cape schools only opening next Wednesday, we are anticipating a spike [in the number] of unplaced learners,” says EELC Executive Director Tshegofatso Phala.

One of the cases the law clinic is assisting is a little boy named Yolanda who was meant to start grade 1 last year. Yolanda lives with his elderly grandfather, who is his sole guardian. They are again battling to find a school that will accept him without a birth certificate.

Phala said Yolanda is one of 23 children they are currently assisting.

Phala said that applications to schools exceed the the number of learners that can be accommodated. The situation is worsened by overcrowding at schools with poor infrastructure.

Another problem EELC has come across is the “unlawful practice” of some schools insisting that parents pay a registration fee for their children to be admitted.

WCED spokesperson Bronagh Hammond said that despite the large number of late applications, the department is trying its best. “A lot of effort has gone into accommodating learners. Unfortunately we are still receiving late applications daily,” she said.

Hammond said that to relieve the pressure on placement at certain schools, the department added new brick and mortar classrooms to existing schools, mobile classrooms in areas of high demand, and added mobile units at eight high schools to accommodate grade 8 intakes.

Asked what the contributing factors were to this issue every year, Hammond emphasised that parents are submitting their applications late or not at all. She also said that about 18,000 to 20,000 learners enrol in Western Cape schools from other provinces each year. “This would require building, staffing and furnishing approximately 20 schools every year, which is something we simply do not have enough finances or resources for,” she said.

Previous:  Simon’s Town train service is back, but commuters are worried about their safety