Protests by learners and parents at Umthombo Senior Secondary School in Mpophomeni, Pietermaritzburg, have entered a third week. Teaching stopped on 24 April. On Tuesday, learners locked up officials from the Department of Education in an office at the school. Public Order Police had to use teargas to disperse angry protesters and free the officials.

Learners, supported by their parents, want the school’s quintile ranking to be lowered from four to two. South African schools are ranked in five categories (quintiles) according to the socio-economic status of the community. Parents say that although Umthombo is near a suburban area, most learners are from poor families.

“We are from Korea, Nguqa, Hhaza, Ebumnandini and Mafakatini. We live in RDP houses not in flashy homes,” said a grade 12 learner. “We can’t even afford R200 school fees … There is a class that has 96 learners. If we are lucky to have textbooks, it’s only two per class. We sit in threes in desks. How can a school faced with so many challenges be ranked quintile four?”

Mzwakhe Zondi, a parent, said the department had promised to change the quintile. Protests about the ranking of the school go back to January 2016 when GroundUp first reported on it.

“The school is a mess … The teachers have no chairs. They have no staffroom. … Learners move desks from one class to another. Other learners are left standing. The school still has desks on which it’s written Zulu government … an insult. Yet the school is ranked on quintile four,” said Zondi. 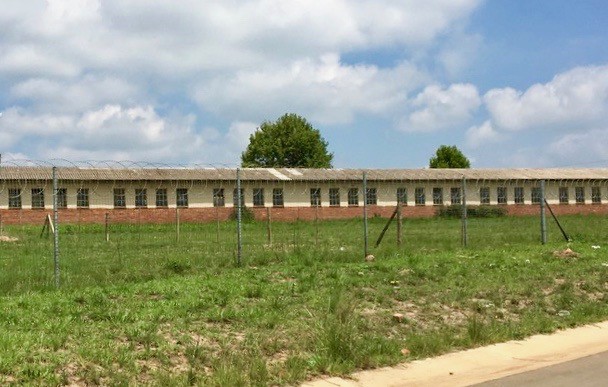 School governing board member Mbali Ngubane said the board had been liaising with the department since 2016. “All they are telling us is that there is no money. We requested that at least they change the quintile.”

Ngubane said that matrics struggled to further their education after qualifying. “They cannot get grant funding [bursaries] because of the [school’s] quintile. Learners are very angry … They are fighting for their rights and we can’t stop them. The department must intervene.”

A spokesperson for the department, Sicelo Khuzwayo, said, “We are appealing to the parents and learners to calm down. This is not a permanent situation.”

The Department of Education in KwaZulu-Natal has a budget of R51 billion this year, but Khuzwayo said, “The department is currently faced with a challenge of funds. We made them aware of that. We will commit ourselves to solving the matter. Currently there is no money.”

Previous:  School children have to use a field as a toilet