The game that keeps young people out of gangs

He says that there are not enough after school projects on the Cape Flats and many young people are unemployed. Not much is happening and it is this frustration “that leads them to gangsterism” says Missoe.

He says that gang leaders will entice the youth by offering them money and takkies (sneakers). Missoe said that gangs have tried to recruit those in the club and “some of our members were assaulted”.

On 24 May, the day after we visited Missoe, The Daily Voice reported that two men were shot and killed in Drakenstein Way, two-minutes drive from the club. One of the dominoes tables was also stolen in the week leaving them with only one to practice on.

The Da Gama United Dominoes Club was started by Missoe’s grandfather in 2014. He died the following year. Missoe wanted to keep the club running.

Despite the difficulties, the sport continues to grow. The club has about 20 members, some as young as eight.

Missoe said that the club practices every day and league games against other communities are held on Sundays. Dominoes clubs have also started in Ravensmead, Elsies River, Bonteheuwel and Uitsig. They hold weekly tournaments together.

The Da Gama United Dominoes Club is part of the National Youth Development League, an NPO that Missoe founded that runs a host of upliftment programs and feeding schemes. Missoe said that they are appealing for donations of wood, pallets or dominoes to assist with tables and score boards. (Readers are welcome to donate to the club but please note that GroundUp takes no responsibility for this.)

At the end of the video the players bash the table. That’s a tradition among dominoes players.

You can learn more about dominoes on Wikipedia. 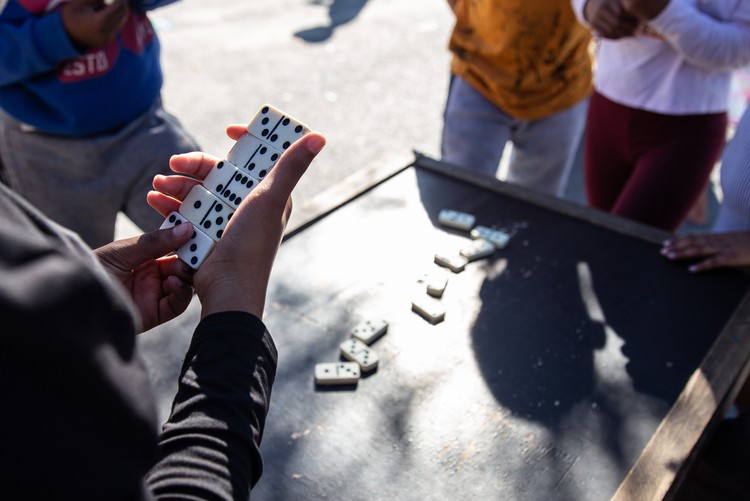 Next:  Mayor calls for army to end taxi strike

Previous:  Covid vaccines: This hospital shows how it should be done

River Club was not on Amazon’s short list - court papers