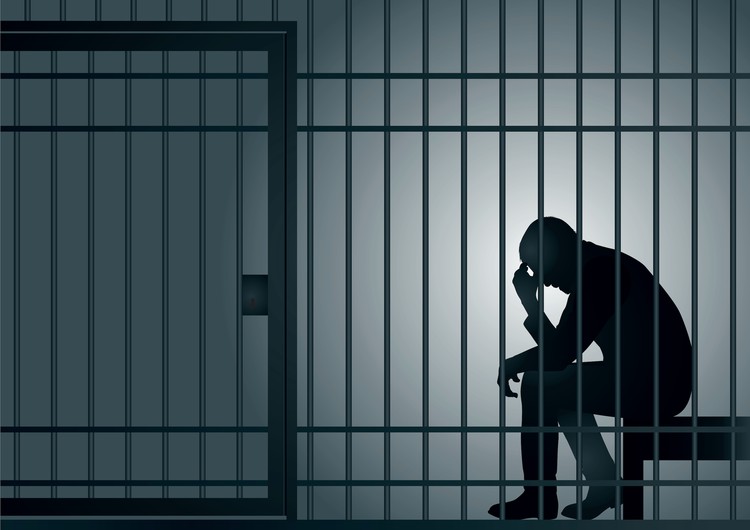 The conditions of inmates in solitary confinement could be considered a form of torture, says the Judicial Inspectorate for Correctional Services. Photo: Royalty-free stock vector ID: 1349712146 By Pictrider via Shutterstock

Inmates in solitary confinement in some South African prisons spend 22 or 23 hours a day without any meaningful human contact, sometimes for months. They are “caged” even when they exercise for one hour, and are served food through a sliver in the cell door.

The prison watchdog, under the leadership of inspecting judge Edwin Cameron, retired from the Constitutional Court, has submitted that prison authorities are in violation of the Constitution, the Correctional Services Act and international law norms and standards.

“Solitary confinement is contrary to South Africa’s commitment to a human rights approach to crime and punishment. It was employed during apartheid. Our democracy rightly excised this inhumane practice from the act.

“Now, as the Constitution requires, we must ensure that conditions of incarceration are consistent with the human dignity and good health of inmates. Correctional centres cannot be Constitution, or law-free zones imposing a moratorium on inmates’ rights,” JICS says.

“At both these centres, inmates sit alone in a single cell for 22-23 hours a day without stimulation or human contact. There is an hour of exercise – not with other inmates, but alone, in an isolated exercise cage.”

“Food is provided through a slim post-box sliver. The initial period of solitary confinement extends for at least six months,” JICS said.

“When inmates are transferred from Ebongweni to Kgosi-Mampuru II C-Max, as occurs, years of prolonged solitary confinement eventuate.”

JICS said the situation has been confirmed by the Department of Correctional Services.

In response to reports submitted late last year, the department said: “The findings in the JICSreport is noted and acknowledged, inmates are kept in their cells for twenty-three hours and given an hour’s exercise, which is in accordance with the Standard Operating Procedures of the facility.”

JICS said not all inmates in the C-max maximum security prisons were “the most dangerous and violent”.

“JICS established that the department transfers some inmates to these centres without following due process or meeting the criteria necessary for a lawful transfer.”

“Some inmates are part of mass overnight transfers, or they are transferred for petty transgressions or simply on the basis of the length of their sentence.”

The inspectorate said it was deeply concerned about the harsh impact of solitary confinement which resulted in severe long-term health issues, including depression and suicidal tendencies.

There was no evidence that solitary confinement deterred crime.

The inspectorate said it would now engage with the South African Human Rights Commission’s National Preventive Mechanism against torture, and with others, to offer reform recommendations.

Chrispin Phiri, spokesperson for Justice and Correctional Services Minister Roland Lamola,told GroundUp he was waiting for a copy of the report.

The chairman of the portfolio committee, Bulelani Magwanishe, did not respond to our message.

We are still trying to obtain copies of the reports.

Next:  Why we need the James Webb Space Telescope AND the SKA