Shack dwellers install their own taps and toilets

8,000 families in Khayelitsha find ways to cope without city services 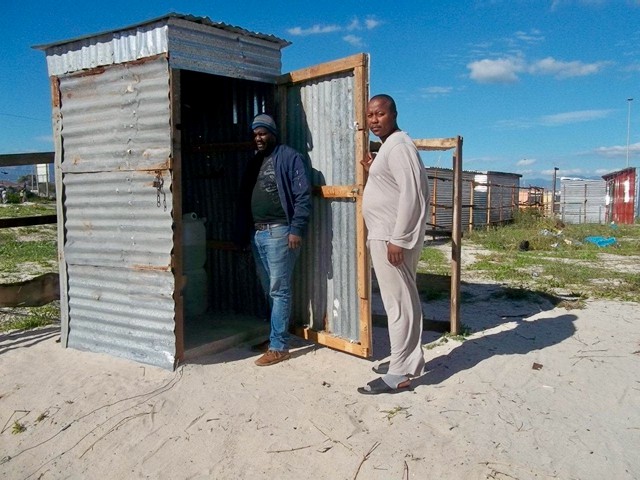 Shack dwellers in Level Two informal settlement, Khayelitsha, have installed water taps and toilets for themselves.

Community leader Mabhelandile Twani said Level Two has six sections and each one now has two taps. Water is connected from nearby Oval Stadium and from city underground pipes. Residents have also built about 20 toilets with wooden planks and zinc sheets.

“We scrape money together,” he said. People set aside R10 to R20 from their child support and Covid-19 relief grants to buy the pipes. Local plumbers did the work for free, Twani said.

“We encourage residents to leave space to build public toilets in their yards. Other residents build toilets for their own private use,” he said.

Thandikhaya Mbelani said he built a pit toilet in his yard two months ago. “I keep the toilet padlocked, but I share it with my neighbours because they don’t have their own toilets,” he said. “I used to shit in a bucket and throw it away in the mornings.”

People used to get water from the stadium and Khayelitsha Mall. They also used toilets at the mall and at nearby formal houses.

Zimasa Zothwane said she used to spend R20 travelling to and from U section in Site B to collect water from her parents before the taps were installed. 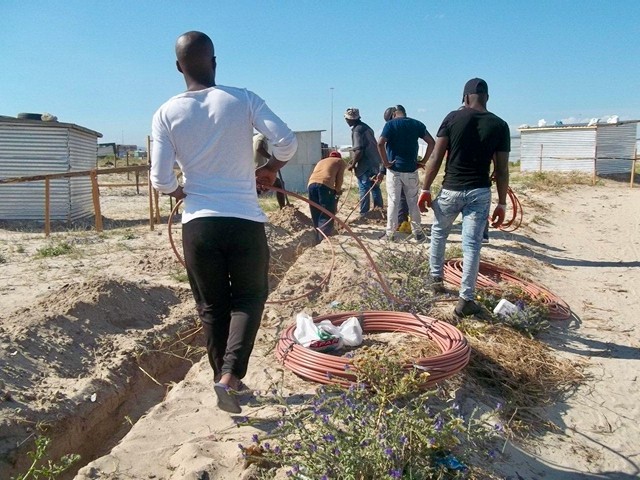 Twani said about 300 families also used illegal connections to nearby street lights for electricity, but most people in the settlement used paraffin stoves and candles.

Level Two was established in August last year. There are over 8,000 households now, and people keep arriving, said Twani.

He said Level Two is close to schools and a shopping mall.

The settlement also has three wide footpaths that run between shacks for emergency vehicle access.

Twani complained that the City of Cape Town did not supply rubbish bin bags even though the depot for rubbish collectors is just ten minutes away. Sometimes he pays unemployed youths R200 to collect rubbish in the area. He said they then burned the rubbish.

He said many residents were construction workers, plumbers, domestic workers, guards, restaurant workers and taxi drivers before the pandemic hit. They are now unemployed.

Mayco Member for Human Settlements Councillor Malusi Booi said the City of Cape Town served an interdict on the occupiers on 5 March against further occupations. He said the City is unable to cater for unplanned settlements and resources “are not limitless”.

“Planned and budgeted projects are prioritised. Assessments of all unlawfully occupied areas are being undertaken,” he said. 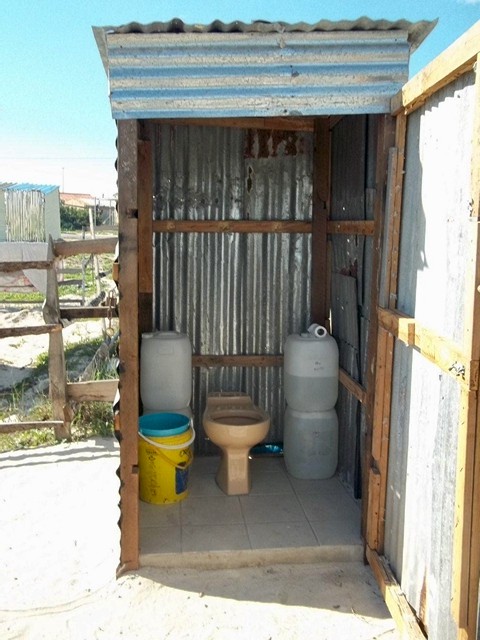 The inside of one of the neatly tiled toilets that the shack dwellers have set up.

Next:  Tax blow for parents of children with special needs

Previous:  Covid-19: What it’s like being a nurse during a pandemic