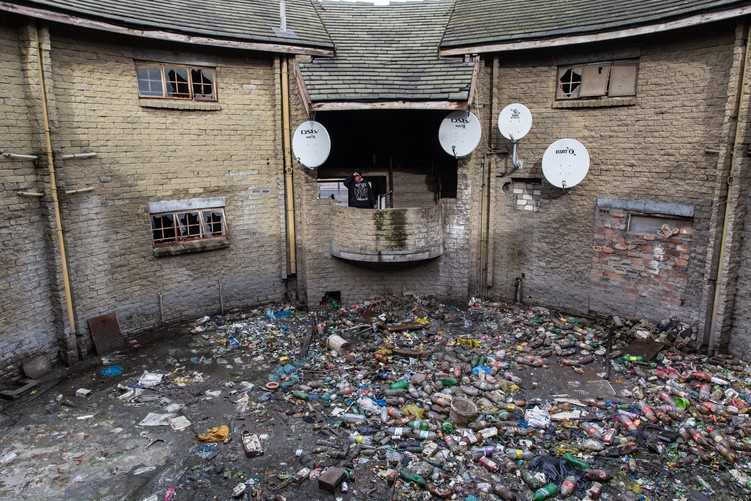 The centre of a two-storey building in Gugulethu is covered in rubbish and human waste. There are over 30 rooms filled with families living there, most of whom say they have nowhere else to go. Photos: Ashraf Hendricks

Nestled in Gugulethu’s Kanana informal settlement is a two-storey building occupied by over two dozen families. Walking through the 34-room dome shaped building, it’s hard to ignore the strong stench of faeces and decay.

From the first floor balcony, resident Nonzondelelo Ntlombe pointed down to a stagnant pool of water in the centre of the building filled with plastic bottles, and human excrement. The drain is blocked and the sewer pipes broken.

Down a dark passage, Ntlombe opened a door to one of the shared bathrooms. “All the toilets don’t work. You have to bring a bucket of water so you can flush.”

Nontuthuzelo Nqotholo has been living in the building for more than 20 years. Her room is so tiny that the three quarter bed takes up most of the space. “I live here with my boyfriend, it’s tough but we have nowhere else to go,” said Nqotholo.

The back of the building is also flooded with dirty water. Frogs can be heard croaking in there.

In pink pyjamas and only wearing one shoe, seven-year-old Ithana Nolubabalo Swaartbooi stood outside the room she shares with her mother and four other people. Inside the room, Nolubabalo’s mother Beauty was sweeping away water that had flooded her unit. The bedroom has a double size bed, a bunk bed and a small wardrobe.

“I live with five children. I moved here in 2002 after my mother passed away. This was her place. There are rats all over. It stinks, it’s wet. I always have to make sure that the door is closed because of the smell and the flies,” she said. 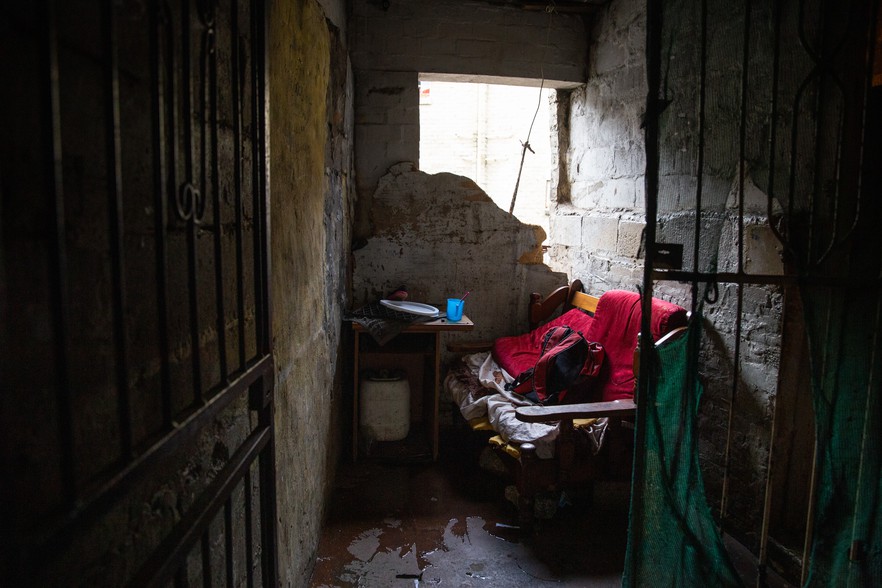 The room Beauty Swaartbooi and her daughter share with six other people is so small, they have set up a small lounge area in this space. But this space is directly next to the waste and floods when it rains.

“My 7-year-old has sores on her body and I think they were caused by the dirtiness of this place. I was told at the hospital that she has a fungus,” said Swaartbooi.

Ntlombe, who is also a community leader, said residents had repeatedly asked the City of Cape Town for help but had been told that the building is privately owned.

She said the City’s rubbish collection truck did not empty the outside bins.

When asked for information, City spokesperson Zama Feni said officials could not locate the building, although GroundUp had explained the exact location both over the phone and on email and had sent a photograph from Google Maps

Ward councillor Bongani Ngcombolo said residents had asked him for help but his hands were tied. “The property is privately owned so the municipality cannot make any provisions. All I can do is note down the concerns and make sure that I refer them to the council. But those residents living there are South African voters, the municipality is supposed to intervene given the situation that they are living under.”

“That place is really bad. The building looks like it can collapse at any time,” he said. 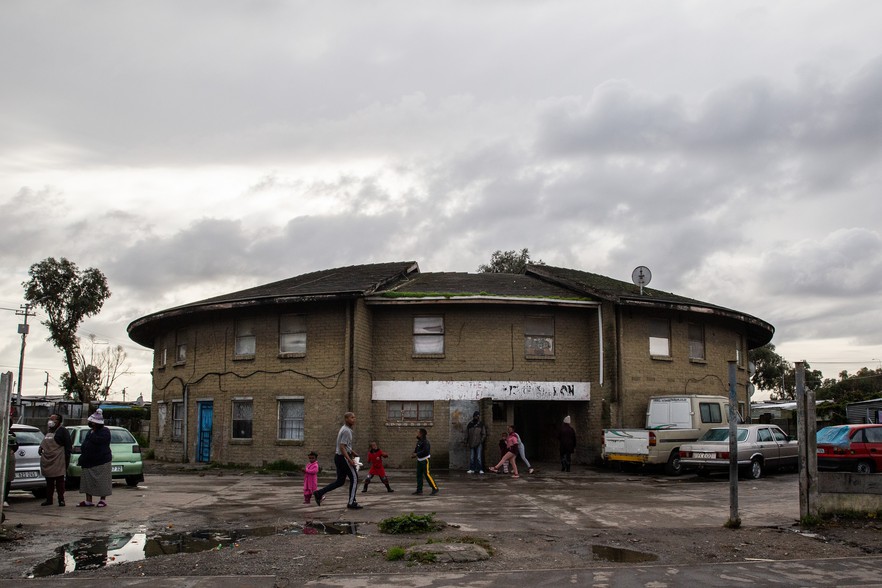 Next:  Wild Coast: is there a future in eco-tourism?

Previous:  July riots caused more than R100 million in damage to schools in KZN and Gauteng