Taps have been dry for ten days in KwaNobuhle 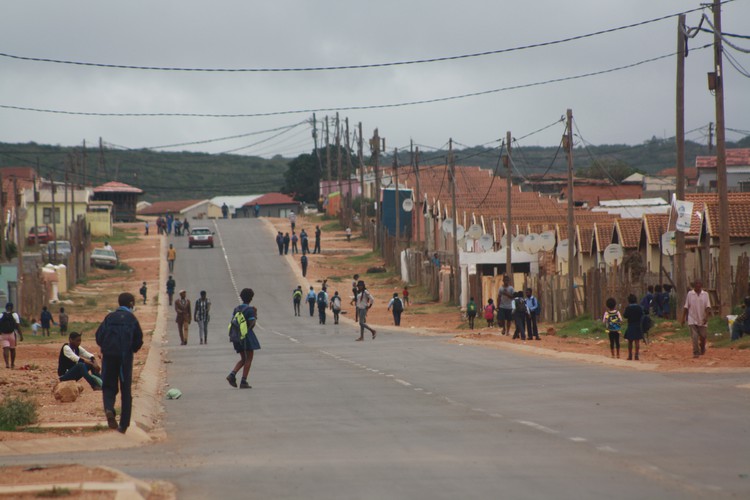 Learners at Noninzi Luzipho Primary School in KwaNobuhle, Kariega were sent home by 11am on Tuesday after the school’s taps ran dry. The water shortage is however not isolated to the school as households across ward 45 have been without running water for ten consecutive days due to the water crisis in the Nelson Mandela Bay Metropolitan Municipality. Photo: Thamsanqa Mbovane

Hundreds of learners at Noninzi Luzipho Primary School in KwaNobuhle, Kariega were sent home by 11am on Tuesday after the school’s taps ran dry. The school says learners will only attend classes until noon until it gets a reasonable water supply again.

Parent Andiswa Maqethuka said, “This is a good move by the school to send learners home earlier because they need to drink water, go to the toilet and flush it.”

School governing body chairperson Aletta April said the water crisis had made it near impossible to run as learners and staff would not be able to use the toilets, drink water from the taps or wash their hands during the day. “We had to send learners home and this will negatively affect their performance if this continues,” she said.

The water shortage is however not isolated to the school. Households across Ward 45 have been without running water for ten consecutive days due to the water crisis in the Nelson Mandela Bay Metropolitan Municipality.

Some residents wake up at 6am to queue at two manual pump standpipes to collect water daily.

Nwabisa Nxakana said she uses the water she collects to make pap for her children before school. They use a one liter jug of water and a tub to bath before school. “These councillors buy still water for themselves and store it in their cosy homes while we queue at trucks which sometimes have brown water.”

Ward 45 Councillor Sabelo Mabuda (ANC) said the drought had made supplying water to every community a challenge. He said it was not easy to coordinate water trucks to the different areas. “Water scarcity is the first challenge we were faced with as new councillors,” he said.

“Reservoirs are being drained before the water level can rise to the level necessary to provide water to all areas served by the reservoir. Many of the reservoirs have not recovered,” said Mniki. He said that dam levels had dropped just under 19% over the past weekend.

“The only way to maintain a sustainable water supply across the City is to reduce our daily collective water consumption to below 230 million litres. We apologise for the inconvenience,” said Mniki. 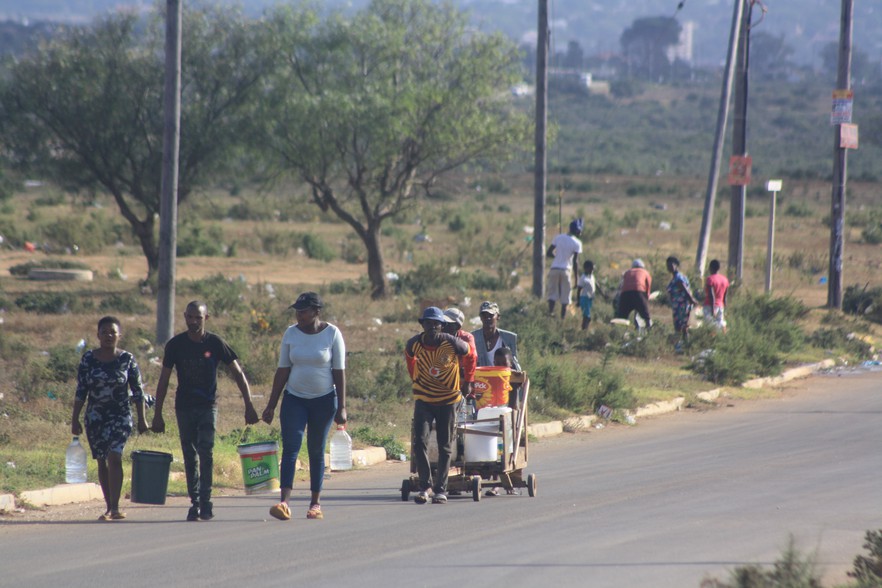 KwaNobuhle residents hauling water in containers from two standpipes because the community has been without running water for over a week.

Next:  Living with Covid - The pandemic has changed and so must our approach to it