Meanwhile the community uses a patch of dirt to play football

The original contract was for R6.5 million for construction to be completed by February 2015 by G&C Consulting Engineers and Project Managers, according to a November 2014 municipal site meeting document.

Steven Mavhunda, Giyani Municipality spokesperson, could not verify the total amount that was spent in the end, but he did confirm that the contract was completed as scheduled.

A satellite photo from March 2016 shows the completed stand, but the football pitch, and tennis and basketball courts are clearly incomplete.

But the stadium with its bare football pitch, tennis and basketball courts, has never been used. Instead, it has been vandalised and left for goats to roam around. The changing rooms, windows, doors, toilet seats, showers and ceilings are all vandalised. 24-hour security was hired in 2018. 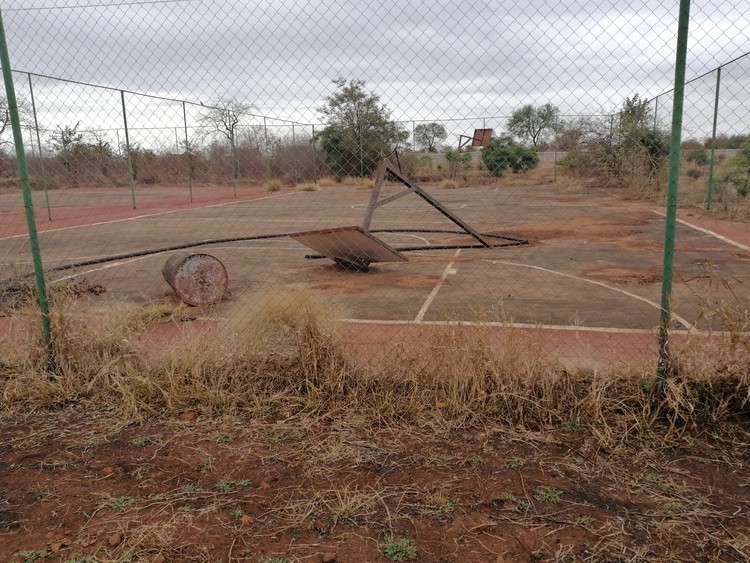 Vandalism aside, the complex appears unimpressive for the amount spent. There is only one set of stands for seating and they are poorly built.

According to Mavhunda, the community refused to accept the stadium in 2016 because the football field had no grass. “The disagreement about the grass pitch between the institution and the community opened up a gap for criminals to vandalise and steal whatever they found,” said Mavhunda.

Now the municipality has allocated another R5 million out of its 2021/2022 budget to fix the centre and lay the grass for the football pitch with an irrigation system. It is scheduled for completion in December 2021.

But community leader Risimati Mthombeni, from Homu village, denied that a disagreement about grass led to the community rejecting the entire facility.

“There has never been an intention of handing over the sports centre to the community by the municipality,” he said.

“We really were looking forward to playing soccer at the sports centre … During Christmas time we have big soccer tournaments, but it’s really sad that we use these makeshift soccer fields.”

Homu has about 1,000 households and football is very popular.

Ntshuveko Siweya, 19, said he would also like to learn to play basketball and tennis.

The community is currently using an open space near the sports centre for their football field. It has makeshift goal posts, no toilets, no water and no seating. Football spectators have to spend the entire match standing; some bring their own chairs. 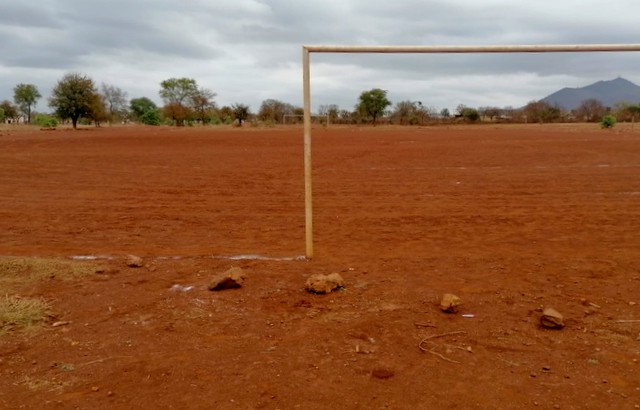 The makeshift soccer field that the community of Homu in Limpopo is currently using. Meanwhile the vandalised sport centre has stood empty for years.