Taxi violence: “It is like organised crime trying to take over the economy of the Western Cape” 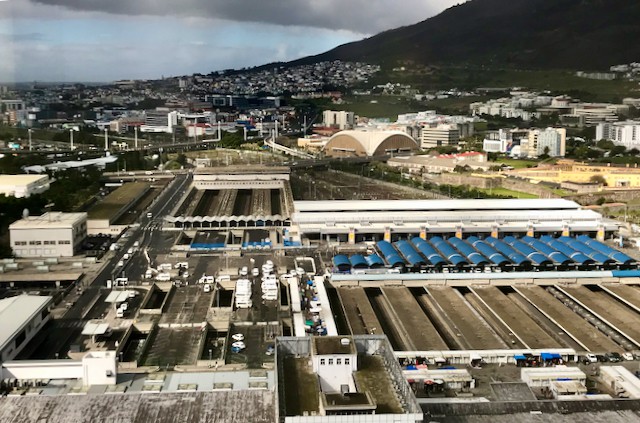 Usually abuzz with minibus taxi activities, the Cape Town station deck has been deserted. Negotiations have been ongoing for days in a bid to end taxi violence in the province. Photo: Peter Luhanga

Negotiations between rival taxi bodies in Western Cape have reached a deadlock yet again this week.

Since the start of 2021, at least 82 people have been murdered and over 50 attempted murder incidents recorded across the province linked to taxi violence. Buses, informal car taxis and e-hailing services have all been affected.

The paralysis of public transport in Cape Town this week caused chaos and forced many workers to stay at home and miss work.

During a media briefing on Thursday, Mitchell said despite attempts at finding a resolution between rival minibus taxi associations Cape Amalgamated Taxi Association (CATA) and Congress for Democratic Taxi Associations (CODETA), there was no official agreement.

Mitchell said as a consequence of the impasse and the threat of further violence, and to protect people’s lives and livelihoods, he published a notice in terms of Section 91 of the National Land Transport Act on 9 July. This will allow him to close routes and ranks in consultation with the police (SAPS). “I am now applying my mind to the submissions [that closed on 16 July], with the aim of coming to a decision this week,” he said.

Both CATA and CODETA claim ownership of the route between Paarl and Bellville.

“We are heading into the arbitration process. Both CATA and CODETA agreed that whatever comes out of the arbitration will be binding,” Mitchell said. “It is like organised crime trying to take over the economy of the Western Cape.”

The Golden Arrow Bus Services (GABS) have agreed to send out additional buses on routes affected by the ongoing minibus fight. Mitchell said that SAPS and other law enforcement agencies, including the South African National Defence Force (SANDF), will ensure that public transport operators are protected.

Mbalula said they were told that taxi bosses are withdrawing their services on most routes until the issue is resolved. “Where there are no [minibus taxi violence] attacks, we expect taxis to operate fully. Where there are no taxis, GABS and Metrorail will come in,” he said.

Mbalula said his department was working on regulating the taxi industry to put a final end to infighting. “There are warlords … because of the way it [the taxi industry] is structured,” he said.

Mbalula said the conflict not only endangers bystanders and commuters, but undermines the rights of ordinary citizens. “This cycle of violence must stop. We must send a stern warning to all those who believe they have the right to kill, maim or destroy in order to achieve their narrow self-serving interests.

“If people had alternatives … if trains were operating on time and if MyCiTi [buses] went to townships, we would not worry about this group [taxi bosses],” he said.

Golden Arrow spokesperson Bronwen Dyke-Beyer confirmed that buses would be sent to affected routes until all passengers had been cleared.

Metrorail Western Cape spokesperson Riana Scott said, “We have made contingency arrangements to ensure that employees living in volatile areas can get to and from work safely. The northern corridor is geographically dispersed which adds to the complexity of scheduling trains. The Southern, Cape Flats and Langa services are likely to remain as is.”

Andile Kanyi, spokesperson for CODETA, said that they had rejected the proposal to suspend operations on the Paarl to Bellville route while waiting for the arbitration. One proposal was for CATA to transport commuters from Bellville to Paarl and return empty and then for CODETA taxis to only operate from Paarl to Bellville and return empty. This plan was rejected by both CODETA and CATA, according to Kanyi.

“Our taxis have been grounded since last week. No operations will resume until a solution is found and we don’t know when,” he said.

Attempts to contact CATA’s spokesperson were unsuccessful by the time of publication.

Next:  “Serving from the pot, you pray that the food is enough”