Protesters block off township with rocks and rubbish 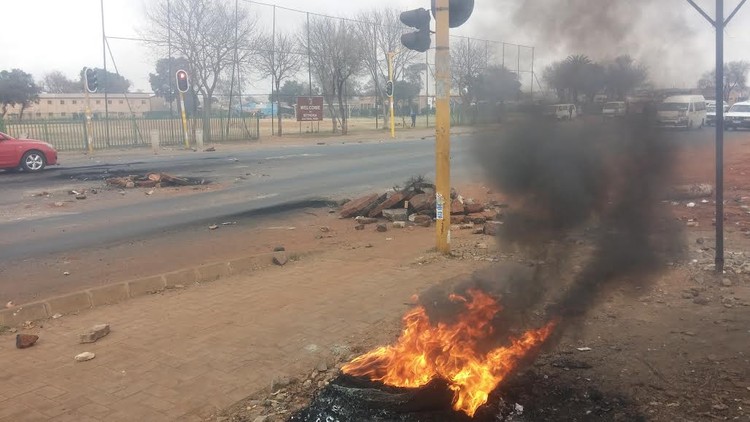 On Wednesday afternoon protesters were blocking off Tembisa with rocks and rubbish. Photos: Chris Gilili

Tensions were mounting in Tembisa on Wednesday afternoon as protesters closed the township off with rubbish and rocks. Four people were killed earlier in the week in protests, which are mostly over electricity. Protesters on Wednesday said they were angry because Ekurhuleni mayor Tania Campbell would not address them before Friday.

Earlier in the day, the mayor visited the families of those killed earlier in the week with Gauteng MEC for Cooperative Governance and Traditional Affairs Lebogang Maile and officials from the Metro. Campbell said the Metro would launch an investigation into “what really happened on Monday”.

She did not say when she would meet the protesters.

On Monday, the East Rand township was brought to a standstill as thousands of residents protested over high electricity bills, load-shedding and crime. Streets were barricaded with burning tyres, branches and rubbish. An electricity substation and the Tembisa Community Civic Centre were damaged. At the time Campbell said the destruction of infrastructure was “politically motivated” and aimed at making the township “ungovernable” for the DA-led coalition.

Pheta Molanyana, a welder, was one of four people shot dead as Metro Police moved to quell the protest. Witnesses say he was still wearing his work clothes and was not part of the protest.

Molanyana was shot very close to his home on Andrew Maphetho Drive, his family said. When GroundUp visited Tembisa, his mother Joanna Molonyana was preparing to visit the morgue to identify her son’s body.

Neighbour Jerry Serubule said Molanyana, a father of two, had been the breadwinner in his family and a skilled welder who helped many people in the township. “Everyone got along with him. He was quiet and down to earth. We are very angry as the community and the family.”

He said Molanyana had been shot in the back. “The bullet came out the front side of his body,” said Serubule.

Speaking to the media outside Molanyana’s house, Maile said: “We have heard that the deceased was killed while wearing his work gear and boots. He was shot by a white police officer. We are told the same officer also threatened to run over the mother of the deceased. We don’t take this lightly and we will deal harshly with the concerned officer. This is a sheer act of racism and inhumane,” said Maile.

“We can’t have an Ekurhuleni Metro Police Department that is trigger happy,” said Maile.

He said a memorial service would be held for all the deceased on Thursday. 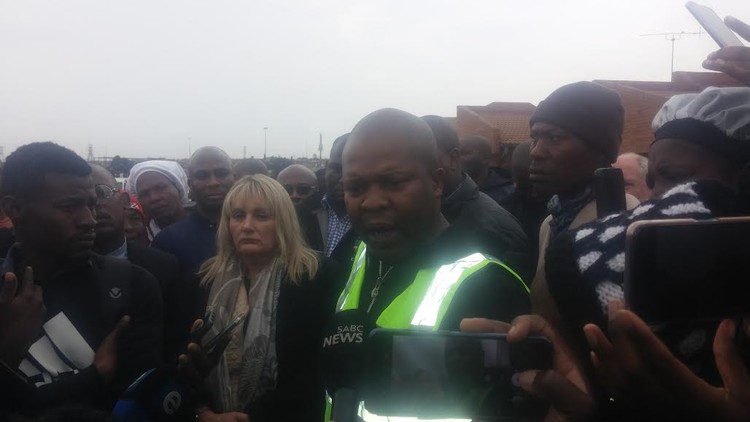 Resident Thabang Mametja said the issues in Tembisa had been building up for the past 10 years. Power cuts and higher electricity costs had made matters worse, said Mametja.

Another resident, Thabo Seohlelo, said, “The biggest reason why people took to the streets on Monday is high electricity bills. Residents have raised their concerns on this issue before. About two weeks ago we had a peaceful protest.”

He said a memorandum of demands had been delivered to Campbell’s office and residents had asked for a meeting with the mayor on Friday last week but instead she had sent members of the Mayoral Committee.

“When the mayor failed to come to the meeting, the people got angry and all hell broke loose. People felt they had been ignored,” said Seohlelo.

Next:  Women march to police station after body found in wheelie bin