Dunoon’s communal toilets have not been cleaned since 3 August 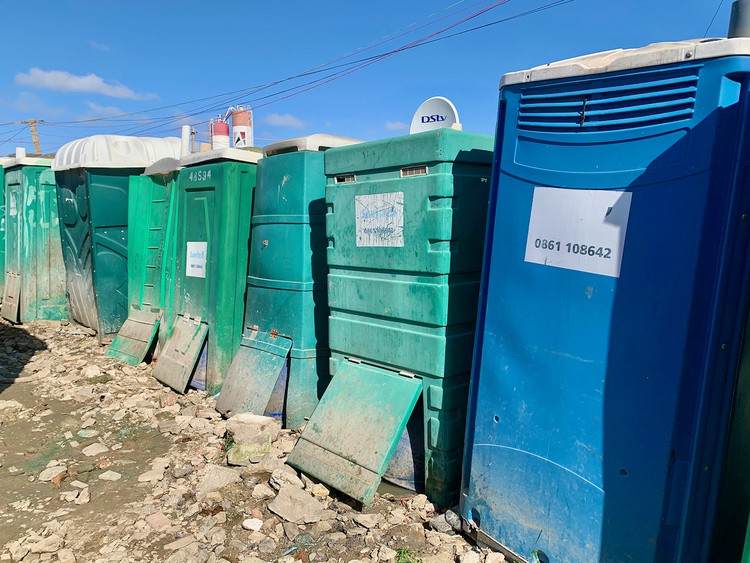 Communal toilets in Dunoon, Cape Town, are full to the brim following a dispute between residents and the City. Photo: Peter Luhanga

People are emptying their buckets with faeces in front of my shack, says Fezeka Mrwetyana of Dunoon. She is at her wits end that the township’s chemical toilets are not being cleaned because of a dispute between her community, the City of Cape Town and Sanitech Toilet Hire. The spat has left the communal chemical toilets uncleaned since 3 August. They are now full to the brim which is why residents have resorted to using buckets.

Mshengu had continued to maintain toilets for a month after its contract ended, partly because residents objected to Sanitech. They accuse the company of poor service and have delivered a petition of over 5,000 signatures to Mayco Member for Waste and Sanitation Xanthea Limberg on 24 July.

Limberg said Sanitech started by installing 90 chemical toilets in one Dunoon informal settlement, and 140 in another, but residents stopped them from entering the township. This forced Sanitech to strike a deal with Mshengu.

Mshengu Toilet Hire has over 1,000 chemical toilets in Dunoon. Operations manager Benjamin Milandou said because Sanitech could not deliver all the toilets needed, Mshengu continued servicing the area and billed Sanitech which in turn billed the City, but the City did not pay Sanitech and Sanitech was unable to pay Mshengu.

Since then, Zwelitsha informal settlement community leaders chairperson Dolly Vinqishe said their communal toilets haven’t been emptied or cleaned. In her section, 50 people use one chemical toilet, and these are in a terrible state. Previously, toilets had been cleaned five times a week.

Dunoon community leaders chairperson Sinethemba Matomela said: “The main issue is service delivery. Sanitech was a subcontractor to Mshengu in the past three-year contract and its service was very bad.”

But Limberg said no complaints about Sanitech’s service had been received by the City while it was a subcontractor. She said once Sanitech had provided the replacement toilets, its performance would be closely monitored in line with its contractual obligations.

“We encourage residents to give the new contractors the opportunity to provide their chemical toilets so that their service can be assessed once underway,” she said.

Mayco Member for Community Services and Health Zahid Badroodien said his department had been informed that the toilets are being cleaned once a day by Expanded Public Works Programme workers. He said his department had been engaging with community leaders to deal with their refusal to allow Sanitech to render services in the area. But on Wednesday morning residents confirmed that the toilets have still not been cleaned.

Next:  Fed-up with piles of rubbish, residents clear their own streets

Previous:  Soldiers shot me in my shack by mistake, says Crossroads man

A pandemic is no time for austerity, says vaccine coalition