At least five new shops have been closed down 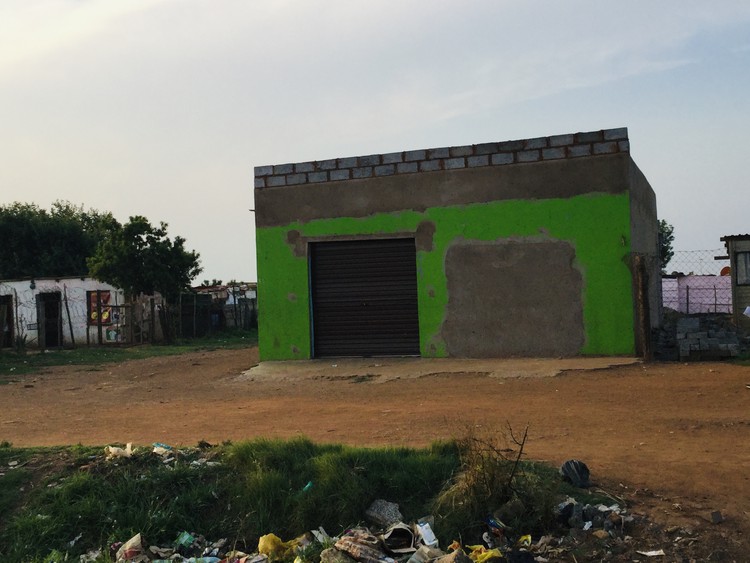 This is one of several Somali-owned shops that were forcefully closed down in Tsakane in recent weeks. Photo: Kimberly Mutandiro

Tsakane was tense on Monday as residents prepared to decide on the fate of immigrant-owned shops in the community.

Over a month ago, a fight was reported to have broken out at a new Somali-owned shop in Malandela Street, in Extension Six where gunshots went off. After the shooting incident, residents met and apparently decided that no additional shops would be allowed. The fate of new shops which have been opened in the last three weeks is uncertain.

Rashid Abdullahi, a Somali shop owner, said he and his landlord have been threatened. While he was building the shop, some residents tried to demolish it and gunshots were also heard on the premises, he said.

“Community members asked me why l was building the shop,” said Mdfuduzi Mzungu, Abdullahi’s landlord. “When eventually they saw that l was bringing a Somali, they … called me to a community meeting where l was told that new immigrant shops would not be tolerated and that it must be closed immediately. I stood up and told them that l was not to be messed with.”

The shop opened last Wednesday and Mzungu said the threats had intensified.

He said some residents had asked him to pay a fee of R1,500 for the shop to remain open, but he had refused.

Abdullahi told GroundUp that he was still dealing with the trauma of the looting and burning of a shop he had owned in Limpopo. For the past two years he has been helping in shops in Johannesburg where he again fell victim to several xenophobic attacks.

“For some reason when community members see us, they think we have lots of money, which is not the case. I have had to borrow money to help finish building the new shop and stock up. I will pay back the loan from what l will make in the shop,” he said.

A few roads from Mzungu, a shop in the yard of the Vilakazi family has been cemented shut after community members complained.

“My mother built the shop over six years ago. We first leased the shop to a man from Bangladesh who moved on after a five-year agreement. When a Somali shop owner tried to open three weeks ago, a fight broke out and guns were fired,” said Nqobile Vilakazi.

Gloria Nhlapo, ANC ward committee leader, said the issue had “caused a lot of havoc” in the area. She said she had tried to “engage” Mzungu but “to no avail”.

“We are worried about what community members will do if the new shop does not close. The police have been made aware of the situation. We are working towards an amicable resolution.”

The community is expected to meet again this week.

The police did not respond to questions sent last week regarding incidents against shop owners in Tsakane.

Next:  Families “lost everything” in Plettenberg Bay fire