Logistics of rollout need to be simpler in the Eastern Cape 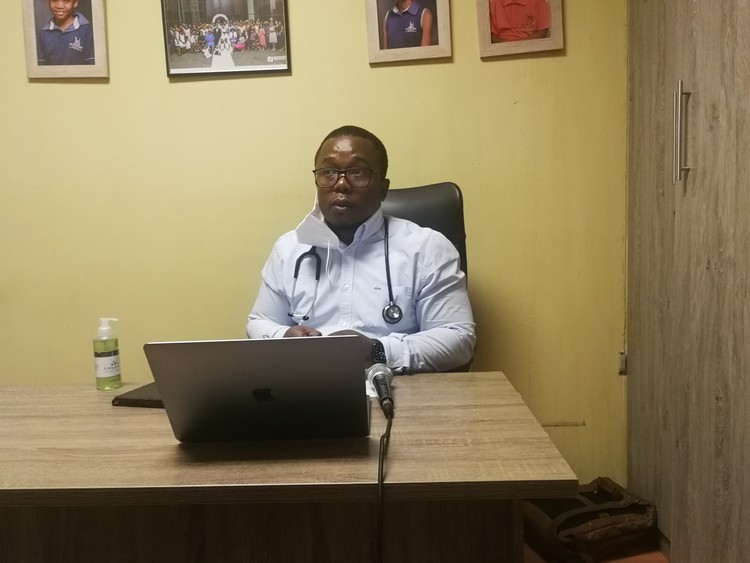 He says the health department needs to do away with online registration when it comes to rural elderly citizens.

“People take a bus at around 6am and arrive in town at about 10 to 11am and the bus leaves at 1pm. Under these circumstances they will never be able to manage the logistics of this appointment system.”

Ntloko wants the health department to take vaccines to people living in rural areas. He also says more needs to be done to educate rural people about vaccination, especially because there have been conspiracy theories about vaccines circulating.

Ntloko’s strategy to deal with vaccine hesitancy is to give the example of someone who has been bitten by a dog. “When you go to a clinic after you have been bitten by a dog you don’t say no to those anti-rabies vaccines. We have to explain that vaccination is not something new, although the Covid-19 vaccine is new,” he said.

While the third wave has not struck the rural Eastern Cape yet, Ntloko worries that it’s a matter of time. In particular he is worried that infections may spike when schools close and people return to their rural homes.

“Many rural people work in provinces such as the Western Cape and Gauteng. When they come home they often hold traditional ceremonies and that results in widespread Covid-19 infections.”

We experienced a rapid increase of rural infections during the first wave after the government permitted inter-provincial travels without acquiring travel permits, said Ntloko. “We saw the same trend after the end of the schooling season which was immediately followed by the start of the festive season.”

The Eastern Cape experienced the highest death tolls relative to population size in the previous two Covid-19 waves. There have been over 34,000 excess deaths in the Eastern Cape since May 2020. That’s more than one in every 200 people in the province.

Ntloko is worried about misinformation. He is concerned that many people who are sick stay at home and take herbal medicines instead of going to hospital. “This is due to misinformation: people have associated hospitalisation for Covid-19 with death. We have treated a lot of patients who have suffered as a result of herbal intoxication because some people are taking everything they heard could reduce Covid-19 infections, but some of these things got them sick instead of being sick from Covid.”

Ntloko also criticised the government decision to permit initiation schools, saying that it caved to pressure. “That decision was problematic. When you are dealing with a pandemic it’s like being at war. There are certain things that you cannot do. You have not stopped them, but you’ve suspended them. I hope that there will be adherence to Covid-19 protocols and that families will not allow huge gatherings.”

Next:  “I grabbed my son and a suitcase packed with clothes” says fire victim describing a chaotic scene