We interview the local leadership

Extinction Rebellion (XR) is a social movement protesting against the lack of action to stop climate change. The group has three demands on its website:

(1) Governments must tell the truth by declaring a climate and ecological emergency, working with other institutions to communicate the urgency of change.

(2) Governments must act now to halt biodiversity loss and reduce greenhouse gas emissions to zero by 2025.

(3) Governments must create and be led by the decisions of a Citizens’ Assembly on climate and ecological justice.

The movement, which started in the United Kingdom (UK) in 2018, has spread to about 500 locations across the planet, including South Africa. It has become well-known recently because of a series of high-profile civil disobedience actions in the UK.

Chloë Menteath is one of the organisers for XR Mzanzi. We asked her and the XR Mzansi team ten questions on how the movement will operate in South Africa. 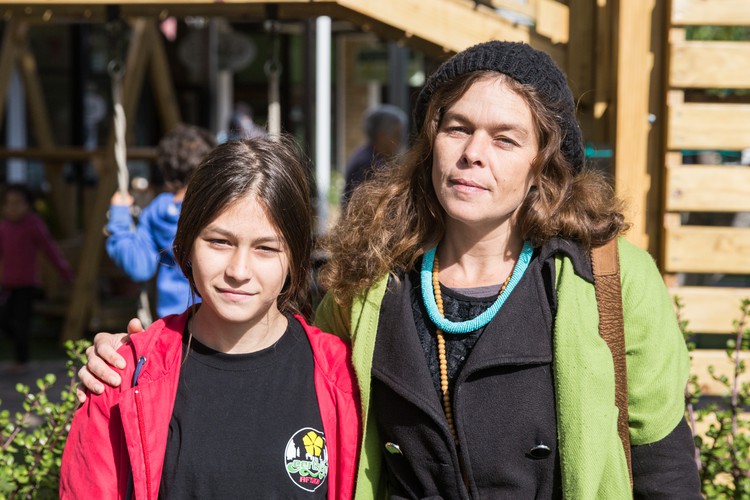 GroundUp: When was Extinction Rebellion Mzansi formed and why?

XR: We first came into contact with XR in October 2018. The first action was about the lack of time for comment on seismic testing off the West Coast. We initiated XR Mzansi because we believe that we need a decentralised, peaceful movement that addresses the urgency of the climate breakdown and social injustice.

GroundUp: Is Extinction Rebellion Mzansi affiliated with other environmental or advocacy agencies in South Africa?

XR: Yes, in the way we communicate among the green movement. But we are not formally affiliated with existing green NPOs in South Africa.

XR: Due to the higher than expected two degree or more temperature increase in South Africa, parts of the country have suffered terrible droughts and there have been floods and disruptions to well established agricultural cycles. People from other African countries have been affected by extreme weather like Cyclones Idai and Kenneth.

GroundUp: Although climate change is a global issue, South Africans face their own problems such as inequality, crime and poverty. These easy to witness human issues almost always take precedent in people’s consciousness. How are you going to get the campaign to resonate with South Africans?

XR: XR Global is a decentralised, participatory movement advocating for societal change in response to the human induced climate breakdown we are facing. It’s not really another climate movement and there are already many South Africans who lack confidence in the system. We are also a nation full of powerful rebels. The problems of inequality, crime and poverty exist in the context of a toxic system that is killing life on mother earth.

GroundUp: South Africa is a developing country and things are constantly changing (hopefully for the better). But more development could possibly mean an increase in greenhouse gasses. Is clean energy possible with our economy?

XR: We have some of the best conditions for clean energy in the world in South Africa. The cost of failing to deliver on policy implementation especially in terms of development is stark in South Africa. Does development and progress need to be tied to the destruction of the environment and life in general? Who is ultimately benefiting from the subsidising of fossil fuels and mining in South Africa? The ecological crisis has reached a point where the value of money may not be as important as being able to find food, water and shelter. Economics as practised today is very much a social construct, unlike the atmosphere and the oxygen we need to be able to survive. We think that we need to address the reality of the sixth mass extinction and this can no longer be ignored by decision-makers including those in South Africa.

GroundUp: Burning coal is one of the major contributors to greenhouse gas emissions in South Africa. If we were to switch to clean energy, thousands of miners and workers across the country could possibly end up unemployed. For many, immediate job creation is more important than the issue of climate change. Can you comment on this?

XR: It is not good enough to hold people hostage in really terrible working conditions and then threaten to close down the mines casting them aside. The rights of the people and the environment have been historically violated and there has been no real redress and justice for their suffering. The people who live near coal mines suffer terrible air quality and there needs to be accountability and redress of the suffering of people impacted by companies and individuals who have profited at their expense. The people and environment deserve massive compensation by the beneficiaries of the pollution and exploitation. How much has transformed in living conditions for mine workers and people who live in “mining communities” in the past 20 years? The miners deserve dignity and jobs that heal them rather than hurt them.

GroundUp: Another big greenhouse emitter is transport, especially from private vehicles. With a public transport system in ruins, how would you convince people to find alternative transport? What are the alternatives?

XR: The public transport crisis is more reason to demand that action is taken by decision makers as private transport is not sustainable. Alternatives in South Africa like cycling are quite scary because of apartheid spatial planning and dangerous roads. Since the reduction of trains in Cape Town the traffic has become much worse and impacts on quality of life. Does anyone really enjoy sitting in traffic? We are trapped in a system that is very destructive.

GroundUp: A draft of the National Climate Change Adaptation Strategy (NCCAS) was recently published for comment by the Department of Environmental Affairs. The NCCAS intends to provide a vision of climate change adaptation and resilience for the country. What are your thoughts on the strategy?

XR: We have seen many drafts of the National Climate Change Adaptation Strategy. The latest is definitely an improvement on the previous draft but it is hard to see how it fits in with government’s plans for gas and oil exploration around the coasts or the sale of more rural districts to mining companies.

The climate projections in the report are very optimistic and conservative. We are worried it will never move from the policy stage to implementation and would like to see this being taken more seriously in Parliament and the details of implementation being thrashed out with more current models and data.

GroundUp: What campaigns can we expect from Extinction Rebellion Mzansi in the near future?

XR: The movement in South Africa is still evolving. We are primarily warning people about the crisis unfolding and sowing seeds of system change.

GroundUp: How does one get involved?

Getting involved requires you to internalise the ten guiding principles and start becoming the change you want to see in the world. There are plenty of enabling documents on the website https://xrebellion.org.za. We are nature defending itself and part of life on earth.

Next:  Filthy pit latrines and no water at Pietermaritzburg primary school