Who can perform at their best when they are using mud classrooms? asks Eastern Cape parent

On very rainy or windy days, parents do not send their children to Jongimpuma Primary School because the classrooms are too cold. Photo: Buziwe Nocuze

The six teachers and 250 learners at Jongimpuma Primary School in Port St Johns share five toilets. The walls are mud, the ceilings are crumbling, the classrooms are cold and there are not enough desks. But the Eastern Cape Department of Education has said there will be no money for renovations for at least three years, according to the principal.

“It is difficult to maintain social distancing without desks and classrooms”, says Siphokazi Qodi, acting principal at Jongimpuma. The school was started in 1995 with grade R to grade 5 and upgraded to grade 7 in 2018.

She says the school has been asking the Eastern Cape Department of Education for a new school to be built. “In February this year they visited us. We had hopes that things would be better but to our surprise, they told us that they won’t have money for the next three years.” She said the department said it was focusing on schools already under construction.

Qondi said the school was not getting the Rural Allowance that the department gives to schools “that are in poor condition like us”.

“The situation is discouraging our teachers. Some want to go to other schools because they can see that we are not going to get a new school any time soon.”

Mali Mtima, spokesperson for the department, confirmed that the department had put on hold all planned projects because of budget constraints, while current projects were being completed.

He said schools had to qualify for the Rural Allowance. “Some of the schools might be in a rural area but not qualifying to be paid, due to closeness to town.”

Parent Nomathemba Mfunqulwa said the condition of the school was discouraging for learners. “It is difficult to encourage them to go to school because it is poor. We are trying but it is not easy”.

“If we had money we would not beg the department to build a new school for our kids. They don’t care about our kids’ future”.

She said when it is raining or very windy parents do not send their children to school because the classrooms were too cold. “Our kids are being treated differently from those in the suburbs. Who can perform at their best when they are using mud classrooms?” 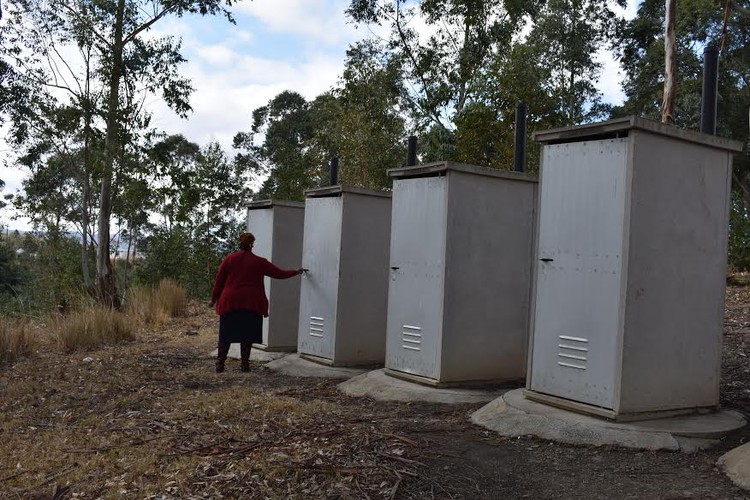 Sikelelwa Makhunga, who teaches grades 4, 5,6, and 7, said teachers had stayed on because they cared about the learners. “The thought of moving to other schools is there, but what about these kids’ futures? I don’t think there is anyone who would like to come and work here - this is bad in so many ways.”

Parent Mzukisi Ntantiso said parents could not even resort to protests because of their remoteness. “We are in a rural area, maybe if we were staying close to the road we would do what others did to get services, but it would be a waste of time to start protesting in our area.”

Ntantiso said most parents had not been to school and their wish was to see their children do better. “We are afraid because the situation might lead them to drop out. The department needs to come up with a solution on when they are going to build a new school for our kids,” said Ntantiso.

Next:  Foster parents distraught after not receiving grants this month

South Africans must start working together

We can blame the government all we want, but at the end of the day nothing will get done. If our government fails us, what do we as South Africans do to correct a horrible wrong? We burn things.

How about we start to change our mentality. Start raising funds. Make people aware of such situations. Celebrities must step up. Help the poor kids and teachers. Media platforms help South Africans be better people.

Together, we are strong!