The two are very different 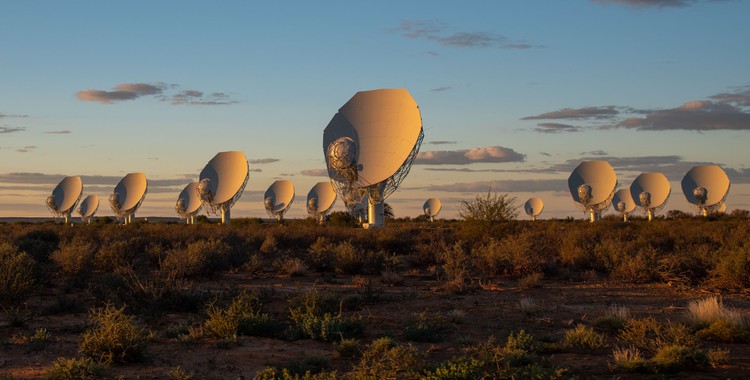 The MeerKAT telescope in the Karoo, 90km outside Carnarvon. Photo: SARAO

The headline-making launch in late December of the James Webb Space Telescope is humankind’s latest attempt to learn about the origins of our universe. Like the Square Kilometre Array (SKA) the James Webb was in the engineering pipeline for decades.

The SKA is a much larger project, coming online in stages with ‘precursor instruments’. The latest of these, MeerKAT, has been in operation since early 2018 and producing award-winning science ever since.

James Webb, on the other hand, made its first (and only) public appearance in late December before being rocketed into space and onward to its eventual orbital resting place.

So why do we still need the SKA? This article aims to clear the cosmic air and give some context as to why newer isn’t necessarily better - just different. 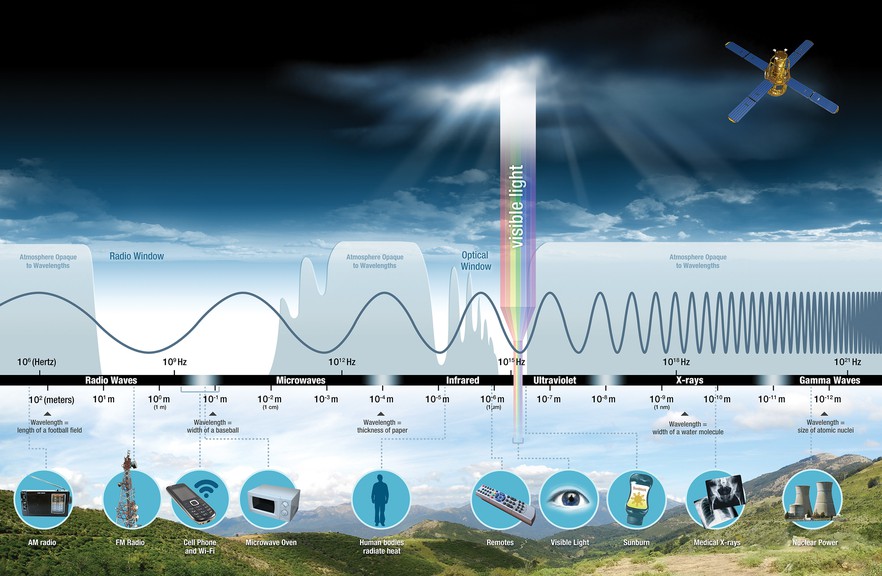 The SKA and the James Webb capture waves on the electromagnetic spectrum. The spectrum ranges from radio waves and microwaves to infrared, visible light, ultraviolet, and X-rays, to gamma-rays. Both telescopes operate outside the visible light range of the spectrum, SKA in the radio range and James Webb in the infrared range.

The SKA ‘tunes in’ to the radio frequencies of cosmic objects that are emitted in its range of interest. Just as your car tunes into a local radio station using the aerial on its roof, the telescope captures radio waves from outer space via multiple receivers (or dishes) located in the Karoo. The SKA’s bands of interest are much higher than the frequencies on which radios broadcast, so it can’t listen in on your morning news, any more than the radio in your car can tune into the sound of an exploding star.

The James Webb on the other hand, looks at waves near the infrared part of the spectrum. So though both are designed to capture as much incoming energy as possible, they are looking at entirely different types of waves: the James Webb at (near-)infrared and SKA at radio.

Of course, the two telescopes differ in a few other aspects. The James Webb is deployed in space, and very far away at that. The SKA is based on Earth, in our own back garden. The James Webb is complete in its construction, built as a one-of-one unit and will only ever be as powerful as it is now - until a quantum leap in space travel makes running repairs easier. The SKA is a much longer-term project, spreading across Southern Africa and Australia. In its current form, the SKA precursor MeerKAT might be the most powerful radio telescope to have been built, and SKA can only get more powerful as the number of receiving units grows to its full potential.

The goals of the James Webb and the SKA may overlap in some cases, but on the whole are quite different.

James Webb’s main scientific goal, one of many, is to seek the earliest light from our universe, where the first stars and galaxies were formed. Since that only takes up so many hours of the day, the telescope will also look at exoplanets in neighbouring galaxies, aiming to decipher their chemical makeup - ultimately their similarity to Earth.

The SKA is significantly larger and more capable than similar instruments that came before it and the sheer size and range of the telescope allow it to cater to a range of scientific goals. Surveys of our own Milky Way have provided groundbreaking results, and collaborations with the SETI group aim to obtain equally astounding results from much further beyond.

The SKA aims to provide many scientific capabilities from imaging to pulsar timing. It is, by design, most suited to Hydrogen Intensity Mapping. This maps the intensity of hydrogen gas in outer space. Since hydrogen has been shown to be a core building block in cosmic evolution, this capacity is precious for those who explore beyond our solar system. 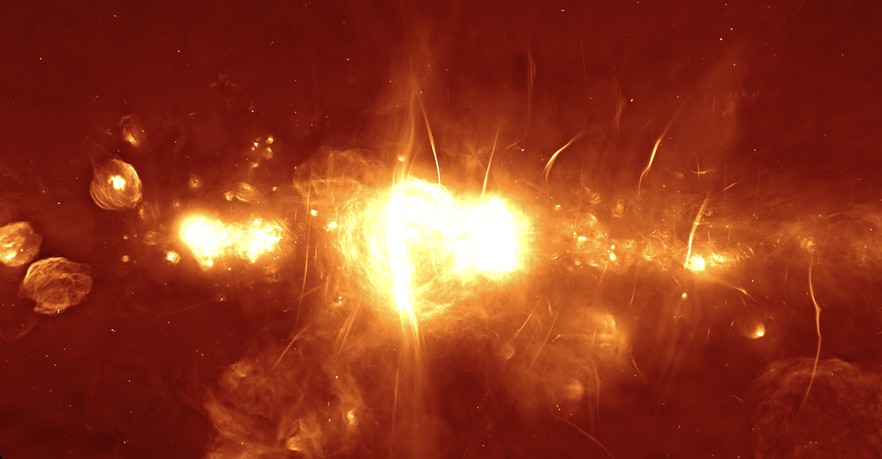 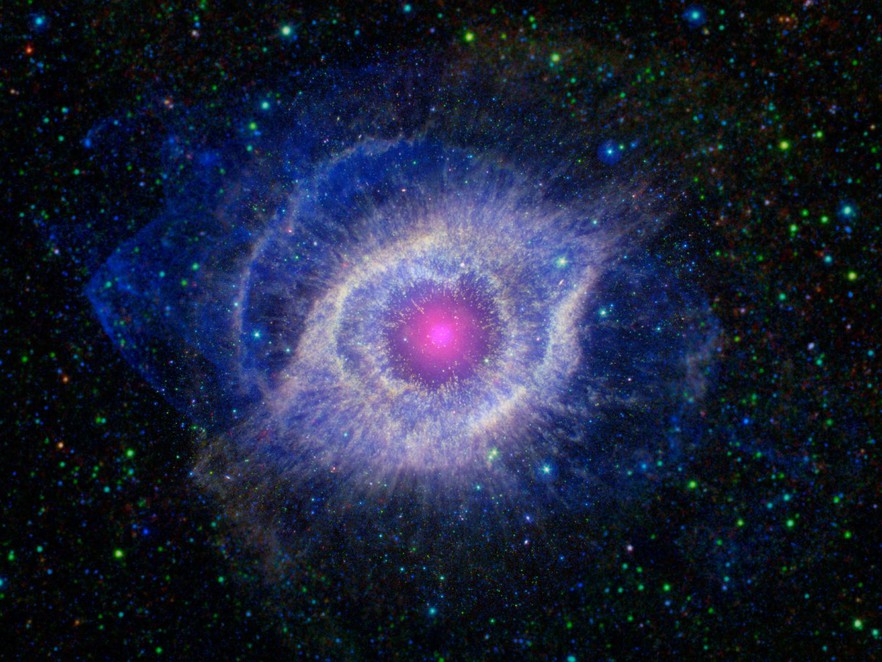 Helix Nebula from NASA’s Spitzer telescope which captures images in the same frequency band as the James Webb. Image: NASA

The images shared here are representative of cosmic observations in the respective frequency bands. It is worth noting that, even though these are in colour, the observatories are simply using a colour scheme to represent energy intensity at various points. The higher the value, the brighter it is visually. Adding to that, the nature of the items these telescopes survey varies.

Then, of course, there are the special benefits which SKA brings to South Africa. The scientific discoveries already made by the MeerKAT precursor instrument have brought interested parties from far and wide to our shores.

Altogether 16 partner countries are involved in the SKA. South Africa and Australia have been chosen as hosts for the physical instrument, and there has been significant buy-in from institutions across the globe. Partner institutions have provided engineering-hours of development, and unofficial collaborators have recognised the value of collaborating in this radio astronomy space.

Adding to that, the vast majority of the engineering work and scientific discovery has been done by people here in South Africa. The mere existence of this instrument has inspired a generation and a half of new engineers and scientists (including me) to pursue careers in science.

Differences between the two telescopes