The widespread misuse of antibiotics in humans, animals and the environment must stop 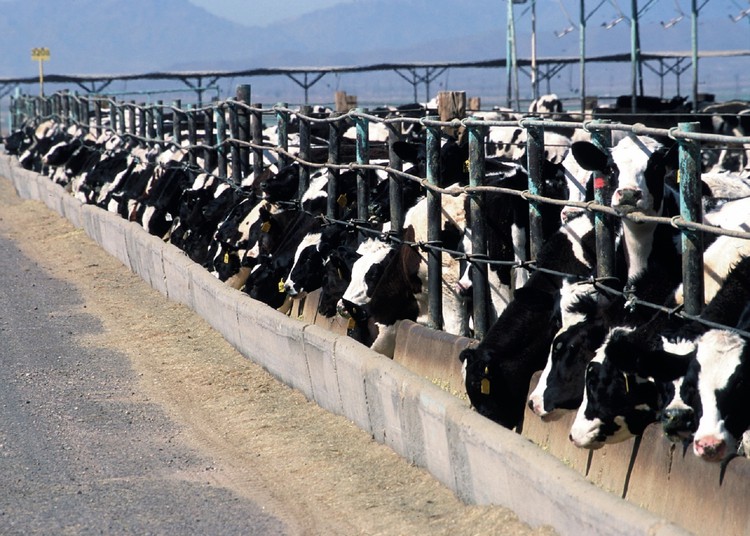 Antibiotics are overused in mass-production factory farms because it is easier to feed antibiotics to all the animals than to identify which ones have bacterial infections. Photo: Shutterstock (CC0 1.0)

In the first two articles in this series on the antibiotic resistance pandemic, we established the size of the problem, with new data showing that 4.5 million people died in 2019 with an antibiotic resistant bacterial infection, nearly 1.3 million as a direct result of that infection. Furthermore, antibiotic use in childhood is associated with a variety of illnesses in later life.

We also explained how bacteria become resistant to antibiotics and that the more antibiotics we use, the more resistance increases. This results in the need to use last resort antibiotics for everyday infections like cystitis, pneumonia, gonorrhoea, and meningitis, some of which are now, untreatable. Moreover, we also explained how this process happens in animals, be they your pets or animals produced for food.

This is the third in a series on antibiotic resistance.

In this article, we will look at how the use of antibiotics has been abused and misused across human health, food production and companion animals, and how we are polluting our environment with antibiotics at further cost to human and animal health.

Approximately one third to one half of all antibiotics that are used in humans are unnecessary. The majority of misuse occurs in primary care, where people are given antibiotics for viral infections like the common cold, ‘flu’, bronchitis, and diarrhoea or any number of aches and pains.

Antibiotics only work against bacterial infections, not viruses or non-specific symptoms - you can’t fit a square peg into a round hole. All they are doing when misused is to increase resistance and cause unwanted side effects.

Hospital prescribers are also at fault, using antibiotics when unnecessary, often continuing antibiotics for too long, choosing the wrong antibiotic and not sending or acting on test results.

What’s behind this unnecessary prescribing? The answer is complex. First off, many prescribers do a great job and understand the problem we face. Others have different priorities and continue to prescribe poorly.

Reasons driving unnecessary antibiotics include a desire to cover all the bases regardless of how unlikely a bacterial infection is, lack of understanding of the correct use of antibiotics and the damage they do, wanting to please the patient so they will come back in future (a particular issue in private health care), difficulty accessing healthcare so that the prescriber may feel they only have ‘one bite at the cherry’ (more common in the public sector) and sometimes due to social pressure, when patients insist on being given an antibiotic. In some countries like China (not South Africa), doctors pay has been directly linked to the number of prescriptions they wrote, a major perverse incentive.

One more social pressure is evident in South Africa; an antibiotic prescription is often seen as proof of illness, and I know of many cases where employers will not believe an employee is sick or allow sick leave without them having antibiotics to show for it.

South Africa faces a second problem in that it suffers from a high burden of infectious diseases due to lack of access to clean water and safe sanitation, incomplete vaccination coverage and poverty, which increases transmission of pathogens due to overcrowding.

Furthermore, we have a large population with immunosuppression — HIV, malnutrition, TB and other chronic illnesses — meaning that there is a huge burden of people presenting for medical care with non-bacterial illnesses. The more sick people attend clinics for whatever reason it may be, the more are likely to end up on an unnecessary antibiotic.

Just improving access to clean water and safe sanitation was estimated to be able to decrease the number of cases of related diarrhoea being treated with antibiotics by 60% in the O’Neill report. Maximising vaccination coverage to prevent pneumonia would also dramatically reduce antibiotic use.

So reducing society’s problems that drive infections is an important part of the solution to tackling antibiotic resistance. But this is easier said than done in cash-strapped low- and middle-income countries like South Africa.

Antibiotics are equally misused and abused in animal health. Consider companion animals, such as your loveable pooch or Miss Tiddles. Unnecessary use of antibiotics in pets can lead to antibiotic resistant bacterial infections in just the same way as it plays out in humans, as animals too exist in symbiosis with bacteria.

Also, humans and their pets can exchange bacteria through touch and petting. So it’s in your best interest that Fifi Trixibelle only gets an antibiotic when she needs it!

Animal protein production is another major cause for concern. The drivers of antibiotic misuse in chickens, cattle, sheep, pigs, etc are altogether different. Just like doctors, you find many responsible farmers and veterinarians working together to limit antibiotic use

But, the animal protein production industry is often about fine margins, and therefore getting animals to market in the shortest time at a decent size and in optimal health, is a constant challenge.

For decades, antibiotics have been added to feed and/or water to optimise and accelerate growth, i.e., as animal growth promoters. Access to antibiotics in feed has historically been through a different Act of legislation in South Africa, which means that farmers can buy feed containing antibiotics over the counter and without a veterinarian’s prescription.

And we are talking truly vast quantities. In some countries, up to 80% of all antibiotics purchased, will go into animals, predominantly in food production.

How does using antibiotics in food production animals affect humans? Once again, antibiotic exposure will drive antibiotic resistance in their gut bacteria; the sensitive ones having been largely killed.

During slaughter, spillage of gut contents onto the carcass can transfer these antibiotic resistant bacteria, and if good food hygiene is not employed from farm-to-fork, that antibiotic resistant bacteria can potentially end up in and on you. That’s why good kitchen hygiene is so important when handling animal protein, and indeed all types of food including vegetables and fruit too, as we’ll see shortly.

Vaccination of food production animals is a major means of reducing infections occurring and is widely employed across food production systems. The Norwegian salmon industry for example, reduced the use of antibiotics in aquaculture to almost zero by vaccinating each anaesthetised farmed salmon, individually. Clickhere to see how it’s done.

Improving other infection prevention measures on farms such as increasing the amount of space animals are housed in, dietary changes etc, has also successfully reduced the need for antibiotics. The problem is that it requires financial commitment, whereas antibiotics in-feed are cheap as muck in comparison. In low and middle-income countries, that’s a major disincentive to stopping their overuse.

Even vegetables are affected

For all of you who enjoy a plant-based diet, I’m afraid you are not exempt from similar problems.

Antibiotic manufacturers have been polluting the environment for decades, so too has our improper disposal of antibiotics, and when we and animals excrete antibiotics or their breakdown products into sewage it gets into soil and waterways.

Environmental bacteria are exposed to greater amounts of antibiotics, and the cycle of exposure-advantage-exposure continues, increasing antibiotic resistant bacteria in the environment. They in turn can enter the food chain via animals or directly to humans.

There have been many reports of fruit and veg carrying antibiotic resistant bacteria at point of sale, including tomatoes, spinach, lettuce, cucumber, green beans, and sprouts to mention a few, and from all parts of the world, including here in South Africa.

It should be clear by now, that the pandemic of antibiotic resistant bacterial infections is a multifaceted problem, which provides one of the best examples of what we call a ‘One Health’ issue – one that affects human, animal, and environmental health.

If we are to reduce the impact of this pandemic, the solutions lie in interventions to address misuse and overuse of antibiotics in all three sectors. The next article in this series will look at what you as an individual can do to break the cycle, protect yourself, and public health.

Next:  In this township parents wear gumboots and carry their children through the sewage