Many immigrant entrepreneurs lost their livelihoods in the fire 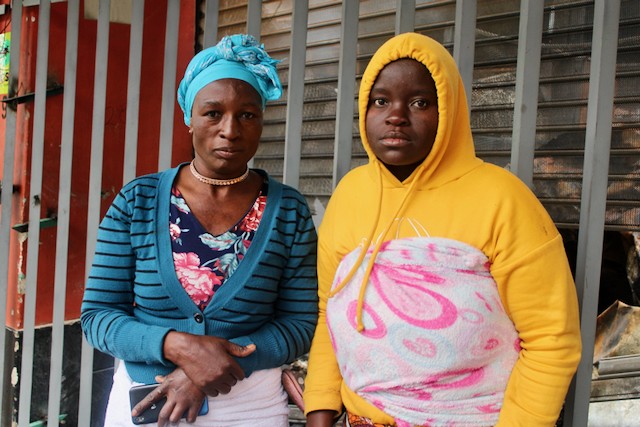 Tendai Mashiri and Ratidzo Mudyanevana lost their vegetable market stall and all their stock in the Yeoville Market fire. They say they don’t know what their children will eat now. Photos: Kimberly Mutandiro

When Vincent Madu said goodnight to his two cats and closed his stall in Yeoville Market, Johannesburg, on Monday night, he did not know he would not see them again.

In the early hours of Tuesday a fire gutted about a third of the market.

Madu was woken in the middle of the night by people knocking at the door of his home saying the market was ablaze. He rushed to the shop but nothing was salvageable. The cats had died in the fire.

About R100,000 worth of stock, he said, was reduced to ashes. He had built up his business over six years.

Madu, originally from Ibu State in Nigeria, is one of a number of immigrants from Nigeria, Congo, Cameroon and Zimbabwe, who lost their livelihoods in the fire.

“That market was my life and the two cats were dear to me,” said Madu. 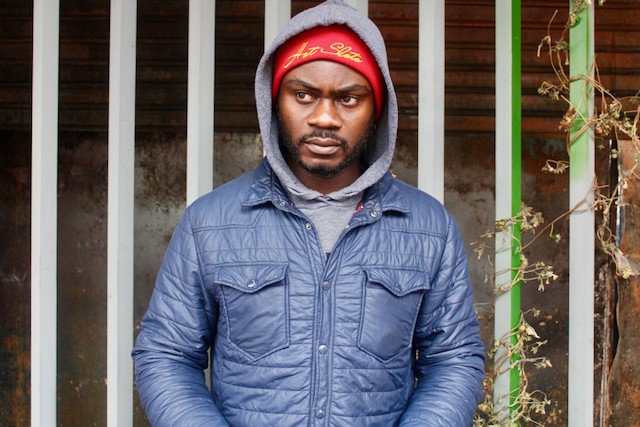 Madu lost the shop he had painstakingly built up over six years. He is married to a South African woman and has permanent residency.

Madu is married to a South African woman and has permanent residency. He started by selling on the streets until he could afford to rent his own shop. He imports his wares from Nigeria.

“All my hard work was wasted just like that … They call us foreigners, but some of us are married to South African women. How will I look after my family now?” he said.

‘It is clear that we are not safe. I don’t know where to start, even if l was to think of reopening in the future, how do l know it will not happen again and worse?” he said.

Andrew Mwachukwu, also originally from Nigeria, said he lost over R300,000 worth of stock. A mini-wholesaler, he used to sell stock to other shop owners bringing in containers of food from Nigeria.

“I have thought of opening a case, but I doubt that will help because us foreigners are taken for granted,” he said. 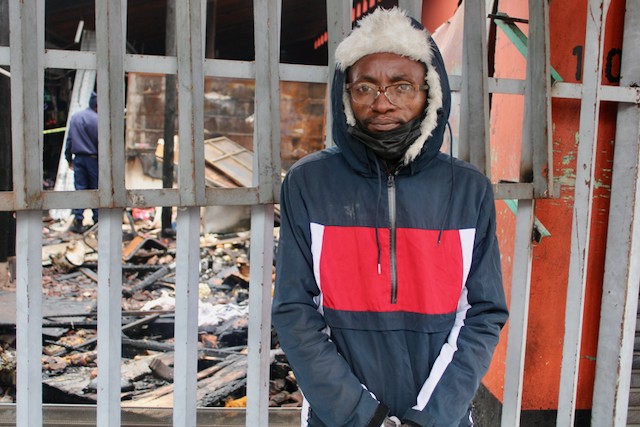 “Growing up I was taught that a man never cries, but thinking of how much l have lost brings tears to my eyes,” said Mason Dube from Bulawayo, Zimbabwe.

“Growing up I was taught that a man never cries, but thinking of how much l have lost brings tears to my eyes,” said Mason Dube, from Bulawayo, Zimbabwe.

His fruit and vegetable shop was only a year old. He started it after he lost his job because of the Covid pandemic. He is left with nothing, he says.

Two women from Zimbabwe, Tendai Mashiri and Ratidzo Mudyanevana, also lost their food stall. They say they don’t know what their children will eat now.

SAPS spokesperson Mavela Masondo said the cause of the fire cannot be confirmed yet but police have opened an inquiry to investigate the cause.

In a statement released on 22 March, Kopanang Africa Against Xenophobia (KAAX) said that although Operation Dudula has denied involvement, “the fire comes in the wake of reports of threats by supporters of Operation Dudula to attack the market last week. The xenophobic organisation found itself outnumbered by people standing by to defend stallholders and left without achieving their stated aim of closing down the market. Subsequently, threats were made, including that the market would be burnt.”

“Many of these stallholders have now tragically lost everything and are left in despair and in debt. These are the most vulnerable people in our society, working class men and women, whose survival depends on the meagre earnings that are made selling goods on the market in Yeoville.”

KAAX also blamed government ministers and state officials for failing to condemn such acts of violence, the police for being caught napping, and the media for giving Dudula platforms and legitimacy.

“To all intents and purposes the incident is xenophobic,” said Dr Vusimuzi Sibanda, of the African Diaspora Global network. “We have seen a number of attacks on migrants in South Africa and unless policing and law enforcements take place this is not going to end.” 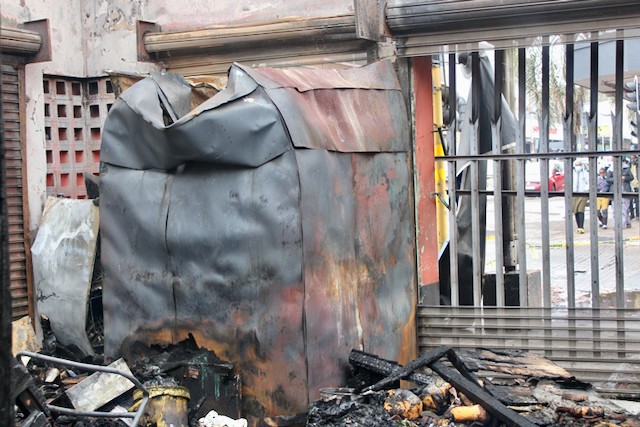 Nothing salvageable was left of Mason Dube’s stall.

National Treasurer General of Operation Dudula Kruger Kekana said, “We have distanced ourselves from the incident. Even during our launches we have emphasised that we are non-violent, non-political and whatever we do is within the process of the law. We go to the nearest police station and request to be accompanied and hand over a memorandum. The fire was due to criminal elements,” he said.

He said the movement had conducted marches in the area since January advocating that South Africans also run businesses in the market.

Lottery boss suspended for the third time for suspected corruption