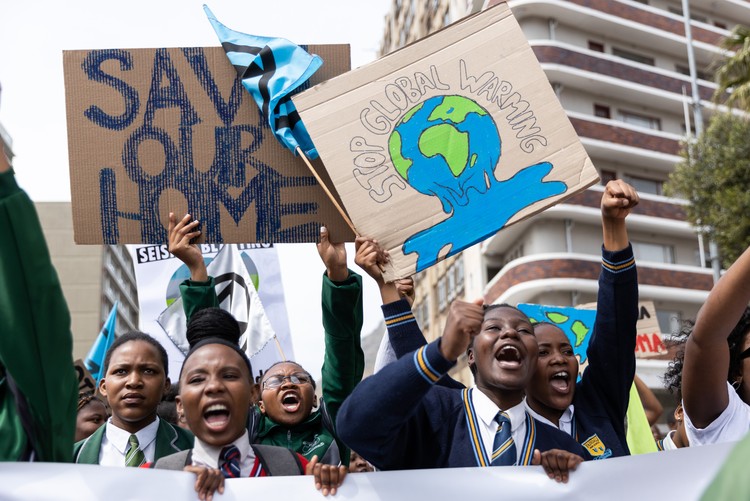 Hundreds of protesters, mostly young people, marched to Parliament calling for policies to reduce climate change on Saturday. The Heritage Day protest was organised under the banner #MarchforSystemChange and formed part of the Cape Town climate week which started on Monday. 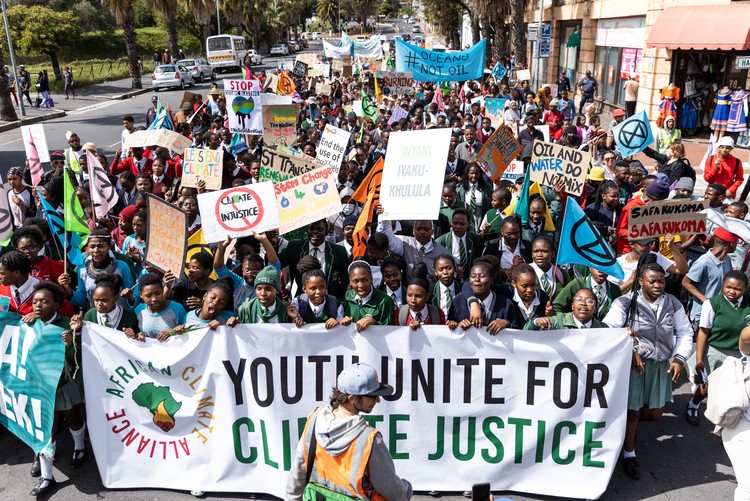 This was one of the biggest of the recent protests against climate change in Cape Town.

Activist Zipho Majova told the crowd outside Parliament that the protesters wanted systemic change. “For too long the rights and wellbeing of people and the planet have been sidelined for the purpose of creating wealth for a few,” she said. Majova said that this system treats both the planet and its people as “worthless”. She said that the climate crisis could be “one of the biggest human rights challenges in history”. 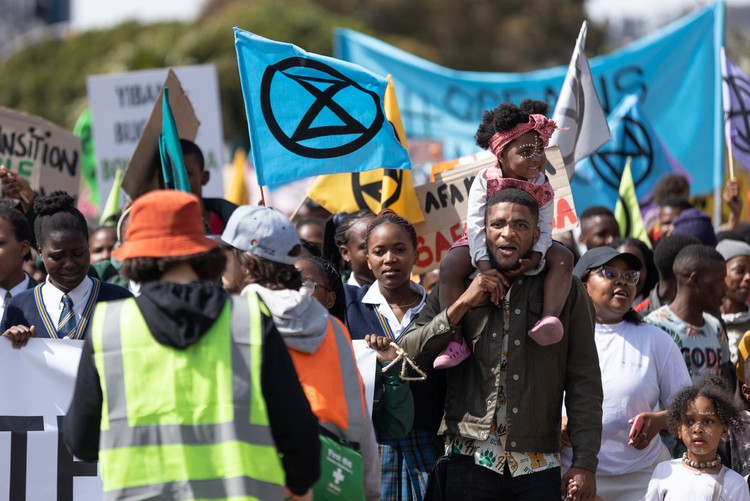 The action was part of global protests against climate change.

Klaasen said many of the issues South Africa faces, such as broken public transport, the housing shortage and food insecurity, are linked to climate change. He said the failed public transport system means more cars on the roads which means more greenhouse gas emissions. Lack of access to proper houses leaves people susceptible to flooding. Climate change will affect the prices of, and access to, healthy food.

Klaasen also joined a protest at the Blue Train Park on Tuesday with activist group #UniteBehind, highlighting the breakdown of Metrorail. 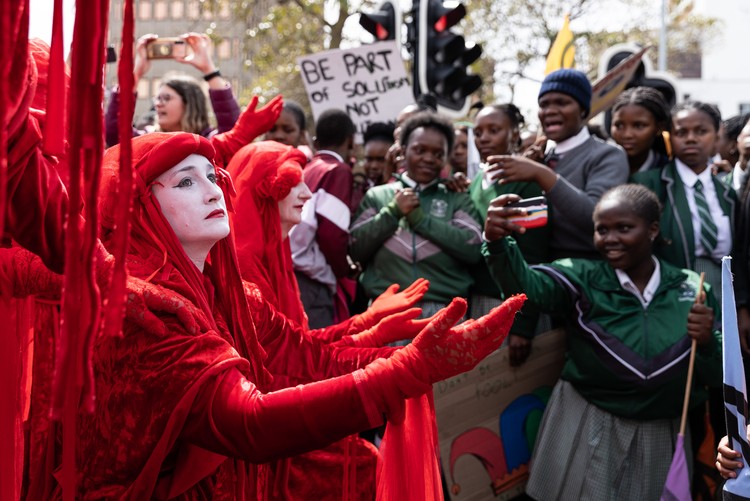 Protesters’ demands included a permanent Parliamentary Joint Standing Committee on the Climate Crisis, changes to the education curriculum to support climate education and a commitment to end all fossil fuel electricity production by 2035. The event formed part of global protests, and comes several weeks before the United Nation’s COP27 climate summit. 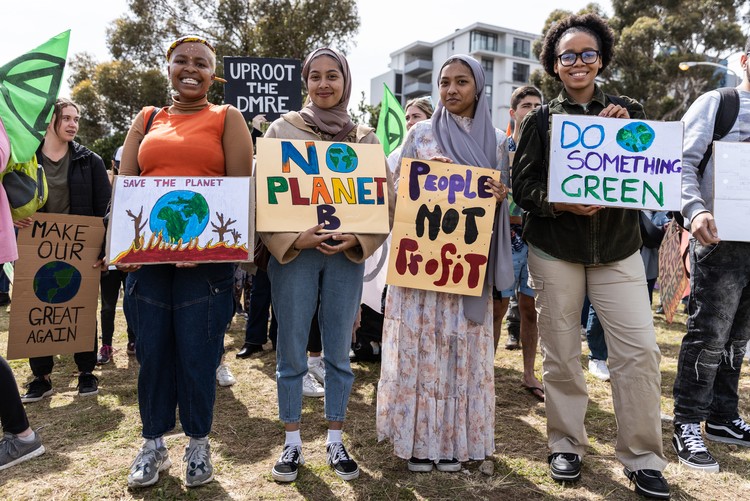 The youth-led protest was organised by the African Climate Alliance and supported by several civil society organisations.

Next:  Here’s why Cape Town is clearing invasive plants

Previous:  What next in the twisty River Club saga?