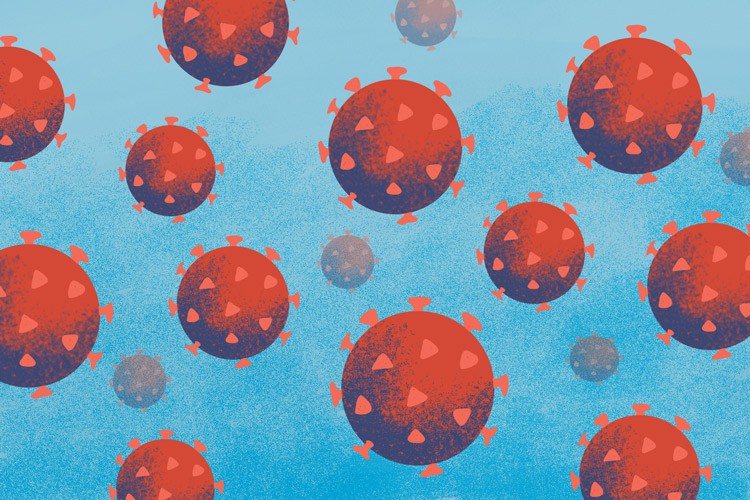 One of the most outspoken local Covid-19 vaccine sceptics has a direct business interest in a locally produced alternative medicine.

Nick Hudson is the chairperson of Pandemic - Data Analytics, better known as PANDA. Although Hudson denies that PANDA is anti-vaccination, many articles the group has published make incorrect claims about Covid vaccines and dissuade people from getting vaccinated, contradicting public health advice.

Instead the group advocates for unproven treatments for Covid, like ivermectin, and disproven treatments, like hydroxychloroquine. Recently PANDA has begun calling for research into “nutraceuticals” — a popular type of medicine in the alternative health industry — for treating Covid.

Hudson is a director of a nutraceutical manufacturing company called Brenn-O-Kem.

Ironically, Hudson and PANDA frequently claim that scientists and science reporters who receive funding from the Gates Foundation or Open Society Foundation (OSF) have conflicts of interest. PANDA and Hudson have been feeding conspiracy theories that Bill Gates and George Soros (the billionaire funder of OSF) have nefarious interests in Covid. (GroundUp receives funding from OSF.)

PANDA promotes the use of alternative treatments, rather than population-wide vaccine adoption, to combat Covid. In an article published on the PANDA website on 20 September the authors write:

“It has been publicly stated that the response, ‘poured billions of dollars into ventilator production and new drug and vaccine development, but spent virtually nothing on research and trials using existing drugs and nutraceuticals.’” (Here PANDA favourably quotes Ron Johnson, a US Republican Senator who has adopted an anti-vaccine stance.)

Then: “… there exist a variety of nutraceuticals, such as Vitamin D, that enhance immune response without generating any side effects.”

Later in the article nutraceuticals are given a fuller promotion as a treatment for Covid, though the article does also advocate for medicines that have been proven effective, such as dexamethasone.

Besides being the chairperson of PANDA, Hudson is the organisation’s most outspoken member. He has no scientific training beyond his qualifications as an actuary.

Hudson, like George Soros, is an investor, and his primary vehicle in this regard is a company called Sana Partners. Sana Partners has four major equity investments: Artemis Holdings, which is the local distributor of Crocs, Birkenstock, and Under Armour; EnergyDrive Systems, which installs energy-saving systems for heavy industry; Mine Support Products, which provides roofing and support for mines; and, Brenn-O-Kem, a Wolseley-based wine waste processing business.

Contacted by GroundUp, Hudson said he was simply a director of Sana private equity. But Hudson is one of seven directors of Brenn-O-Kem, having taken up this position in June 2020, a few months after he began making public pronouncements on Covid. He also denied any knowledge of one of the products manufactured by Brenn-O-Kem described as a nutraceutical.

The Brenn-O-Kem website also contains claims that its products, which include Rooibos tea, Green Rooibos, Devil’s Claw and Grape Leaf, can treat various diseases, including diabetes and arthritis. 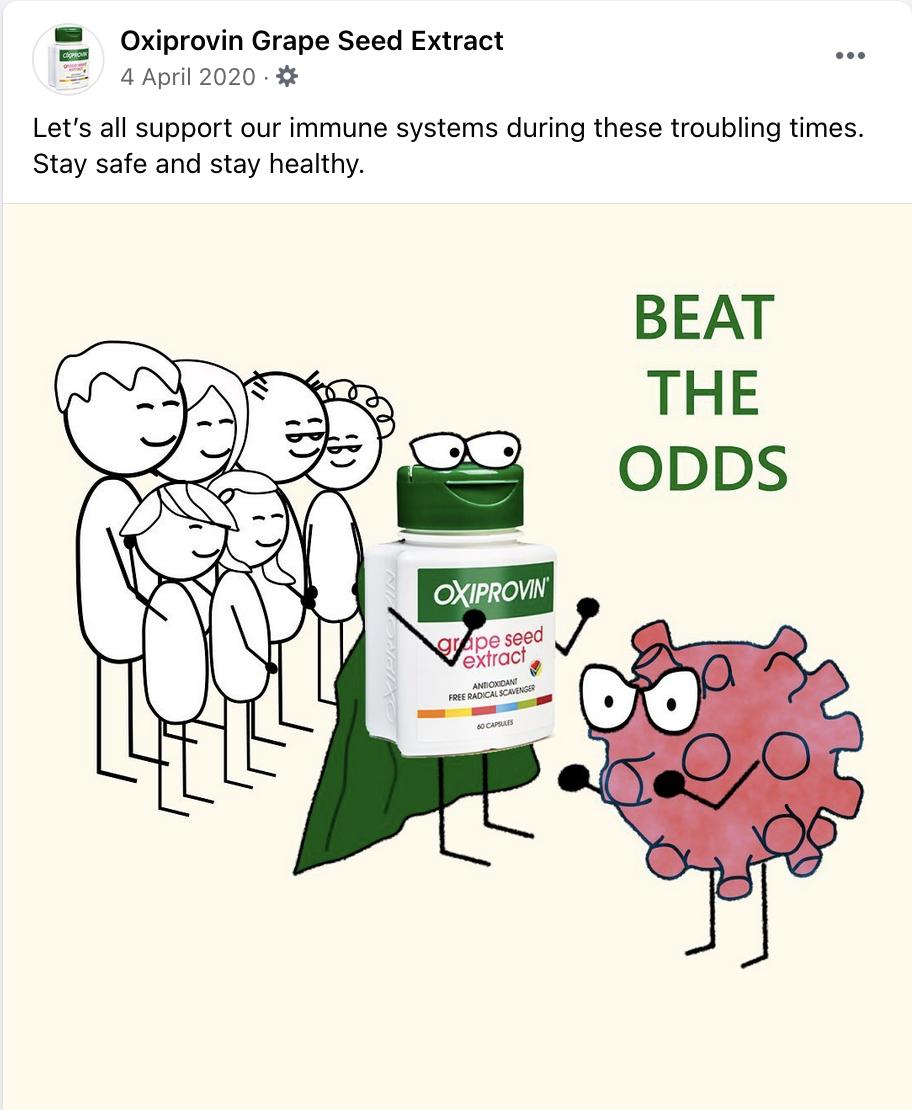 The Oxiprovin website contains medicinal claims, including that grape seed extract inhibits the growth of breast and colorectal cancer cells. It also suggests that it is an effective complementary drug for HIV patients on antiretrovirals. However, no reputable medical authority recommends grape seed extract as a treatment for HIV or cancer.

An advert on Oxiprovin’s Facebook page states, “Let’s all support our immune systems during these troubling times. Stay safe and stay healthy.”

Oxiprovin has not been evaluated by the South African medicines regulator. This means that despite its claims, Oxiprovin must provide the following warning on its products (which it does on this package insert): “This medicine is not intended to diagnose, treat, cure or prevent any disease.”

Harris Steinman, a doctor who specialises in debunking claims about alternative medicines, told GroundUp, “Oxiprovin makes definitive claims for benefits in humans. In fact, some claims are mostly theoretical extrapolated from research in rats and petri dishes. This is typical pseudoscientific babble to financially exploit consumers.”

“Sana Partners is a private equity fund. I am one of the directors of the manager of the fund. One of the companies that Sana Partners holds an investment in is Brenn-O-Kem, a company that recycles wine industry waste. Brenn-O-Kem’s main business is the production of tartrates. It is the largest processor of viticultural waste products in South Africa.

PANDA is a non-profit company. It is staffed by hundreds of volunteers, of which I am one. PANDA stands against the suppression of early treatment for Covid-19. Fearmongering and suppression of life and livelihoods has been an appalling strategy to follow. Countries that have spurned this strategy have negligible excess mortality, in contrast to South Africa, which, if all-cause mortality statistics are to believed, has experienced amongst the worst age-adjusted excess deaths in the world. Outlets such as yours have played a key role in achieving this outcome.

On 20 September, PANDA published an article on its website by experts with relevant expertise – namely Wilton Alston, David Bell, ShibrahJamil, Sandi Brown and Herman Edeling. I am not one of the authors. It is a distortion to portray this article as promoting nutraceuticals. The article criticises the focus on vaccines and ventilators and the failure to investigate a range of repurposed treatments that are listed.

It is not clear when the alleged conflict supposedly arose and where PANDA was to have declared that interest. PANDA had no conflict of interest when publishing the article because it has no interest in any of the treatments mentioned in the article. There was nothing for PANDA to disclose when publishing this article.

I also had no interest to disclose when that article was published because the article does not promote any product that I have even a remote interest in. Moreover, I am not an author of the paper.

GroundUp is funded directly by one of the largest investors in vaccines. A coherent explanation for why this should be disclosed when GroundUp writes about vaccines has already been supplied by PANDA.

All of PANDA’s rights are reserved.”

Next:  We are living in sewage, say Khayelitsha protesters