Some stations GroundUp visited were derelict 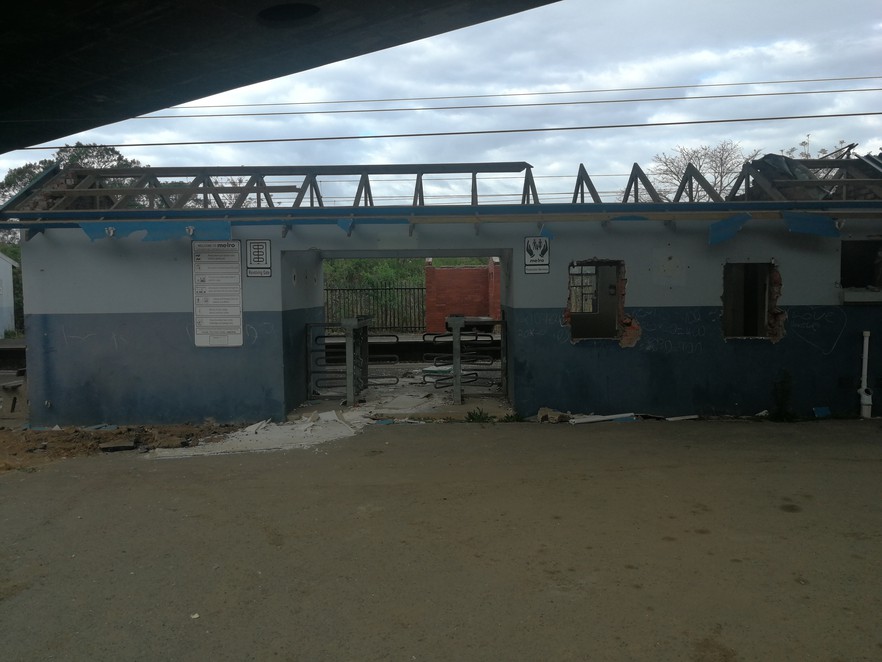 The ticket office at the Wilsonia station on the Berlin to East London route has been badly vandalised and appears to have been abandoned by staff. Photos: Johnnie Isaac

The Passenger Rail Agency of South Africa (PRASA) has blamed Covid-19 restrictions for the reduction in services on the route from Berlin, about 50km from East London, to the city, via Mdantsane. Some of the stations on the route have been vandalised and look derelict.

There are currently only six trains per day operating along the route. Some stations, like Dawn and Wilsonia, looked abandoned and had been badly pillaged by vandals. Commuters GroundUp spoke to said that they did not feel safe as there was little to no security or visible staff at two of the stations.

“The only reason I’m still using the train is because I can’t afford other means of transport,” said Masande Thengile, who travels daily from Mdantsane to work in the city.

She said she used to travel with her son but can no longer do so because the available trains do not match his school schedule. She now pays for scholar transport.

Thengile said the service was unreliable even before the lockdown. She said trains were often late, did not arrive or just stopped in the middle of nowhere without any explanation.

Silumko Sigabi said robberies along the route had also increased. “I have seen criminals grab people’s cell phones or handbags and sell them in the informal settlement on the other side of the station.”

Train hawkers say their businesses are suffering since the reduction in train services. Xoliswa Qeqe sells fruit and vegetables on the morning train from Mdantsane and has a stand at the East London station. “I used to be certain that I’m going to sell all my stock but these days I go home with stock. We are no longer making money because people that were buying are no longer using the train.” 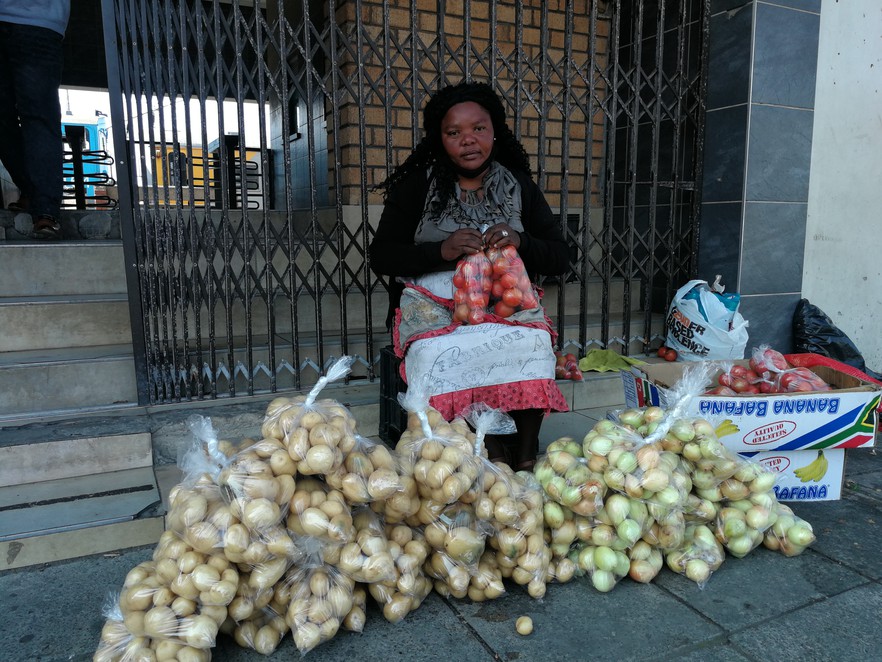 Trader Xoliswa Qeqe sells fruit and vegetables on the morning train from Mdantsane and has a stand at the East London station. She is struggling to make ends meet now that fewer people are using the trains.

In response to several questions from GroundUp over the derelict condition and deserted appearance of train stations along the route, PRASA said it had no choice but to scale down operations to comply with Covid-19 regulations.

She said vandalism, particularly of the Transnet Freight Rail infrastructure which PRASA uses, had an impact on operations. “We are not deploying staff in certain stations. Train delays have increased due to the vandalism. Some of the stations were spared because of our mobile security patrols combined with Transnet’s security and Rapid Rail Police,” said Katsio.

Asked about ticket sales and changes to the service over the last year, Katsio that she could not provide us with any information on PRASA’s performance in the province. According to Katsio, “this data will need to be collated”.

She did not explain why this information on the number of paid trips or the official tally of the number of train sets running, and the daily frequency of trips, was not updated continuously.

In PRASA’s 2019-2020 annual report, the most recent available, there is no information on performance of operations for the province, let alone on the East London routes. The report states that the provincial “Customer Satisfaction Ratings”, was 57.4%, but there is no indication what this means, how this data was collected, how many people were surveyed, or what questions were asked.

The 2018-2019 annual report contains a little more information. It stated that the number of paying customers in the province declined by 4% with about 1.5 million paying passenger trips across the province in that year.

PRASA said it was aiming to get nine locomotives running in the province. It is however not clear how many are currently in operation. R100,000 was spent on upgrades to the “Port Elizabeth sales office”. There is no breakdown of “Customer Satisfaction” by province in this report.

Next:  Users must check if a taxi is safe, insists Transport MEC after crash at Parliament