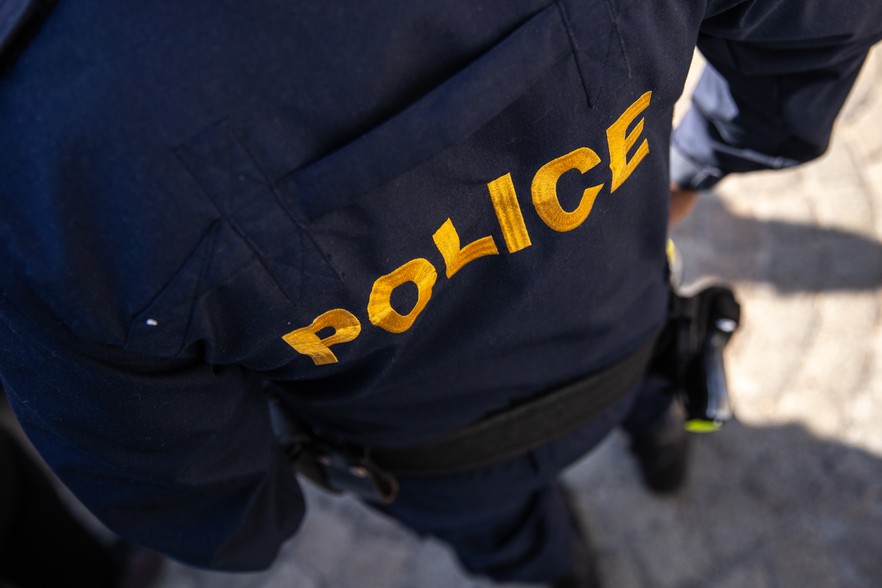 After sustained criticism in Parliament this year, the South African Police Service (SAPS) has issued a circular to call out its commanders for their “inaction” and “reluctance” when officers under their command are implicated in serious crimes.

Issued on 8 October, the circular warns that police supervisors who fail to act “promptly” in such cases are themselves guilty of misconduct.

The circular appears to have addressed a long-standing grey area in how police management should respond when their subordinates are accused of assault, torture, rape, unwarranted shootings and unlawful killings.

The law says that such cases should be registered for investigation by the Independent Police Investigative Directorate (IPID). Station commanders have long interpreted this to absolve them from investigating and acting against officers accused of violence. As a consequence, officers implicated in violent crimes routinely remain on duty while watchdog investigations drag on. This may open the door for problem officers to become repeat offenders.

When questioned about such cases, police spokespeople often say SAPS must wait for the outcome of an IPID investigation before taking any action.

This was the case when police minister Bheki Cele was questioned about SAPS’s response in the high-profile killing of Mthokozisi Ntumba at a student protest in Braamfontein in March this year.

Last week, it was again the case when Viewfinder questioned Northern Cape police spokespersons Captain Olebogeng Tawana and Colonel Mashay Gamieldien about SAPS’s response to allegations that a 20-year-old man was removed from the cells and assaulted by a police constable, later dying on the floor of Rosedale police station in Upington in the early hours of 28 October.

“We are awaiting the outcome of the IPID investigation, (which) will determine the internal disciplinary proceedings,” Gamieldien said via WhatsApp. 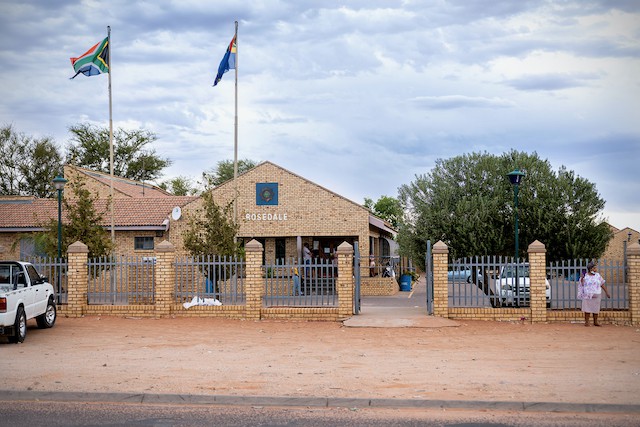 The difference between Cele’s response in March and Gamaldien’s response last week was that the latter came shortly after the circular from head office, which insisted that SAPS had a departmental duty to act irrespective of the progress on IPID’s investigation. Asked whether she was aware of this circular and its contents, Gamieldien admitted that she was not. Pressed on the point that IPID investigations and departmental disciplinary inquiries were separate processes, she then said that SAPS was “instituting disciplinary action” against the accused member.

Neither Gamieldien nor Rosedale station commander Colonel Jacques September, nor acting Northern Cape police commissioner Major General Joey Kers responded to an email query about what this “action” against the suspect entailed and whether the option of placing him on “precautionary suspension” had been considered.

The identity of the 35-year-old suspect – a constable – in the alleged assault which directly preceded the death of 20-year-old Edwill Jaarts at Rosedale police station is known to Viewfinder.

IPID has confirmed that he was not arrested or suspended.

Viewfinder phoned Rosedale SAPS and spoke to a man who identified himself with the rank and surname of the suspect. When questioned about the alleged assault of Jaarts, moments before he died, the constable was at first evasive. When asked directly whether he was aware of a death in custody at the police station the previous week, he hung up the phone. If this man was the suspect in the assault on Jaarts, he appears to have been working the same night shift that he was on one week prior, when Jaarts died.

Viewfinder has established that this constable was convicted of assault last year, along with two other officers, after a departmental hearing in a case where he apparently “hit and kicked” a client at the police station who had come in to report a theft. According to IPID, the constable also has a case for assault on the court roll. Viewfinder was not able to verify whether this was for the same case, or another one. 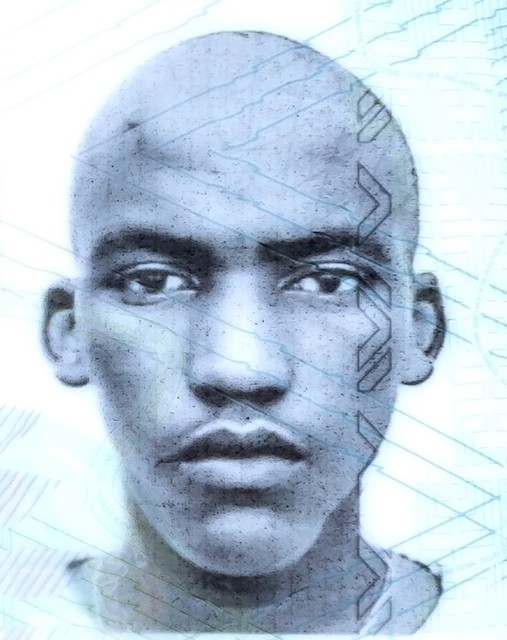 The allegations against this constable surrounding the death in custody of Jaarts are serious. When IPID’s investigator attended the scene shortly after 2am on 28 October, she interviewed inmates in the holding cells. They told her that at around midnight, the implicated constable had removed Jaarts from the cells and started beating him in the passageway. Jaarts had been detained for possession of suspected stolen property, and the constable accused him of having broken into the home of one of the constable’s relative.

“The suspect further said to the deceased that he can die, he doesn’t care, during the assault, while the deceased was screaming and crying. Everything after the assault went suddenly quiet,” read a summary of the complaint circulated within IPID.

“The suspect was heard calling his colleague and asked him to call an ambulance. The suspect’s colleague checked the deceased for any pulse or signs of life but there were none. The deceased was declared dead on the scene.”

On Monday, a post-mortem was conducted. Though the report has apparently not been released, IPID spokesperson Grace Langa said the cause of death was found to be consistent with the consequences of an epileptic seizure.

But, Jaarts’s aunt, Anna-Maria Pita, says that her nephew was healthy, strong and had no history of epilepsy or seizures.

Pita and her family were perplexed when IPID’s investigator informed her on Tuesday that the post-mortem report meant that they could not arrest the suspect. 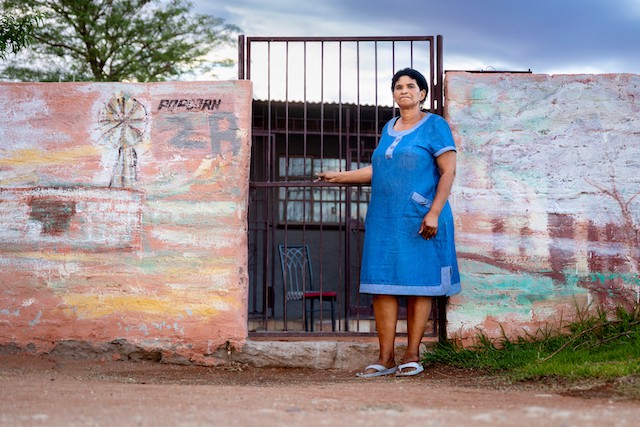 “Justice needs to take its course, because the police station is supposed to be a haven of safety. Edwill was caught. They should have just held him, waited and sent him to court. That is how it should have happened. But instead, they took the law into their own hands and they killed him,” Pita said during an interview.

“He was a child of few words. We had just helped him to get an ID. I said to him: ‘with this I am going to help you get a job. But, my child, please leave alone the things (using drugs) that I do not like. You are going to get hurt on this path.’”

Langa said that IPID would continue the investigation into the assault and aimed to refer the assault docket for a decision by prosecutors and to make a disciplinary recommendation against the suspect to SAPS.

There is little guarantee that IPID’s eventual findings against the constable will lead to a departmental conviction and an appropriate sanction. In September, Viewfinder has reported that more than half of the 550 IPID disciplinary recommendations finalised by SAPS in the 2020/21 financial year were finalised by police management overriding the watchdog’s findings of probable wrongdoing and declining to take steps against members implicated in misconduct.

Between April 2012 and March 2021, IPID registered 159 complaints (which included 134 assault cases) against officers at Rosedale SAPS. This meant that Rosedale police station had the second highest case load with IPID in the province, behind Kimberley SAPS. None of the watchdog’s cases led to officers being dismissed from the station, according to IPID’s data for post-investigation monitoring.

The bulk of this data from Rosedale and more than 1,000 police stations across South Africa is now publicly available via Viewfinder’s Police Accountability Tracker dashboard. Data for the 2020/21 financial year will soon be added to the dashboard.

A selection of IPID complaint descriptions registered against police officers at Rosedale police station in Upington during the 2020/21 financial year. Visit Viewfinder’s Police Accountability Tracker for more descriptions from across South Africa and data from your police station.

The SAPS circular on discipline management last month echoed concerns over Viewfinder’s findings that police commanders and disciplinary officers exploit loopholes in police discipline regulations to protect officers implicated in violent crimes from the consequences of their actions. The circular noted “continuous criticism” of SAPS due to supervisors overriding IPID recommendations. It described an “alarming” trend of “inaction”, “reluctance” and “excessively lenient sanctions” upon guilty findings for cases involving serious misconduct.

But the circular stopped short of addressing the fundamental conflict of interest built into the police service’s disciplinary system: the commanders, supervisors and disciplinary functionaries upon which it hinges are police officers – the colleagues of accused suspects – who are entrusted with investigating public allegations and enforcing an external watchdog’s recommendations against their own.

A report by the Panel of Experts on Policing and Crowd Management, which was commissioned by the police minister after the Marikana Massacre and recently made public, highlighted the need for “adequately trained, skilled or experienced officers” to enforce discipline. When questioned by MPs on SAPS disciplinary system and track-record, national police commissioner General Khehla Sitole expressed his support for the introduction of a dedicated and “independent” disciplinary unit, inspired by the Expert Panel recommendation.

This week, SAPS’s divisional commissioner for human resources management Lieutenant General Dineo Ntshiea did not respond to a query about SAPS’s progress towards implementing this recommendation.

The circular did not outline how exactly SAPS proposed to monitor whether the warnings and instructions in it are being complied with by commanders and supervisors at station level, such as in the case of the officer accused of assaulting Edwill Jaarts at Rosedale SAPS.

“If the content of the circular is not complied with, police management has the recourse to say to commanders, ‘You have acknowledged the circular, why didn’t you comply with it?’” said General André Wiese, a retired police officer who has held positions as a station commander, cluster commander and deputy provincial commissioner in Gauteng. He read the circular and agreed to be interviewed.

“The circular should be accompanied by proper monitoring and/or a performance measurement tool by the SAPS head office, in terms of the disciplinary files that are opened against members, to see whether the instructions outlined in the circular have been complied with.”

Lieutenant General Ntshiea did not respond to a query about how SAPS intended to monitor compliance with the circular.

National police spokesperson Brigadier Vish Naidoo requested that Viewfinder refrain from directing media queries at SAPS line managers, and direct such queries to SAPS spokespeople. Naidoo was copied in on all queries submitted in reporting this article. His office did not respond.

The development of Viewfinder’s Police Accountability Tracker was funded by Luminate and Millennium Trust. This investigation was also supported by the Henry Nxumalo Fund for Investigative Reporting. This article was co-produced and edited by GroundUp with Viewfinder. Header poster design by Alex Noble with a photograph from Getty Images.