How Ladles of Love makes millions of meals during lockdown

The organisation needs donations to continue coming in 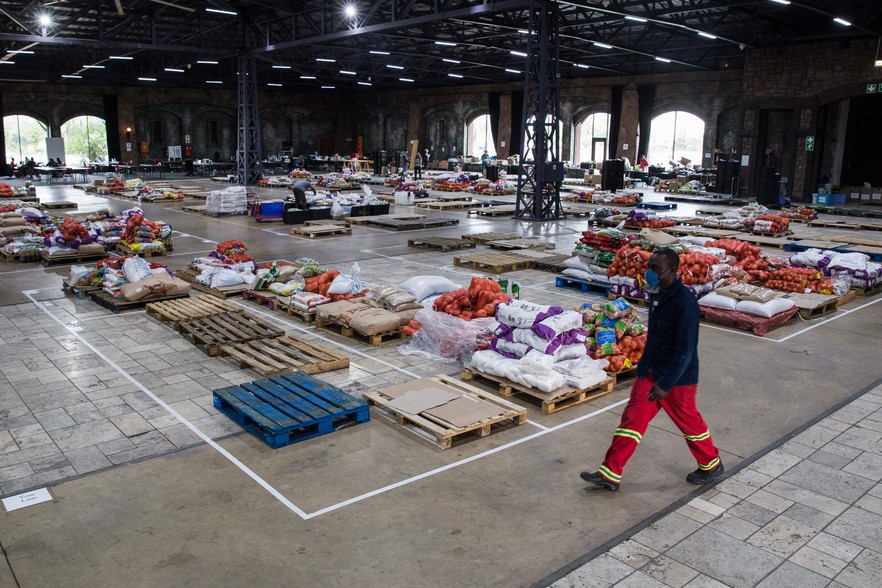 Sacks of potatoes, onions, lentils and other produce are stacked on the numerous pallets covering the floor of the Sun Exhibits at the GrandWest Casino. Loaves of bread are put into crates stacked head high. People make way for the forklifts that help move the pallets out of the 2,700 square metre space that was once used for entertainment.

Now it is the distribution warehouse where Ladles of Love operates. The organisation helps distribute food to vulnerable communities. Between 20 March and 27 June, Ladles distributed over three million meals. And when the lockdown started over 100 days ago, this massive operation at GrandWest didn’t exist.

“We started with one soup kitchen serving about 70 to 100 meals a week. And then we just continued to grow,” said Danny Diliberto, the founder of Ladles.

In July 2014, Diliberto, with the help of a chef and some volunteers, started cooking pots of soup every Tuesday from the restaurant he co-founded, Doppio Zero in St Georges Mall. After a breathing and meditation course it all “clicked into place,” he said. “I decided to start serving the homeless community from my restaurant.”

Over the next five years, the organisation grew. With the help of schools and other soup kitchens, food would be served four times a week in the city centre. By March 2020, Ladles would be serving about 14,000 meals a month. And then Covid-19 hit. 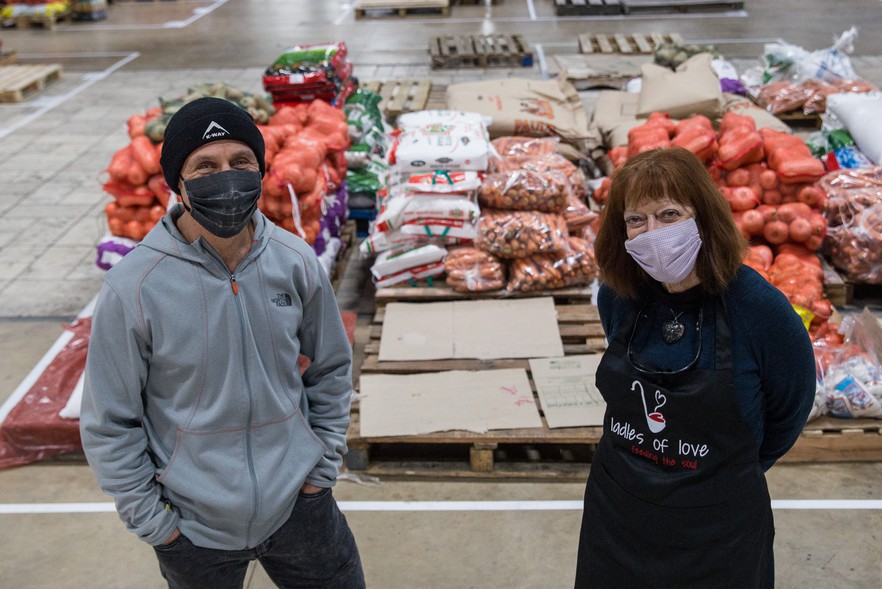 Danny Diliberto started a soup kitchen in 2014 at the restaurant he co-founded after a breathing and meditation course. It started by only serving 70 to 100 meals a week and gradually grew. Margolite Williams, the head of donors and sponsors at Ladles, has been with the organisation for three years. She said that this isn’t a “little operation” anymore and they’ve had to put in systems for what comes in and out because donors want to know where their money goes. “There’s got to be reports,” she said. “Sometimes we get R100,000 in one day. People just open their hearts.”

“I didn’t know where I was going to get the money but I knew that we were going to have a crisis and that we had to deal with it immediately because hunger doesn’t wait for anyone,” he said.

When lockdown was implemented, Diliberto got permission to operate as an essential service, and with the help of the Haven and Safe Space, he kept the soup kitchens operational.

Diliberto said that distributing food parcels was expensive, bulky and wasn’t going to reach a lot of people. Instead, he went back to providing produce to soup kitchens and started connecting with other soup kitchens in and around the townships. There are many soup kitchens but “they didn’t have funding. They didn’t have food. So we helped with food,” said Diliberto.

As the level 5 lockdown took hold, volunteers decided that they would make sandwiches at home, and so the Ladles sandwich drive started. In the first two weeks, Diliberto says, they went from ordering “kilos to tons”. 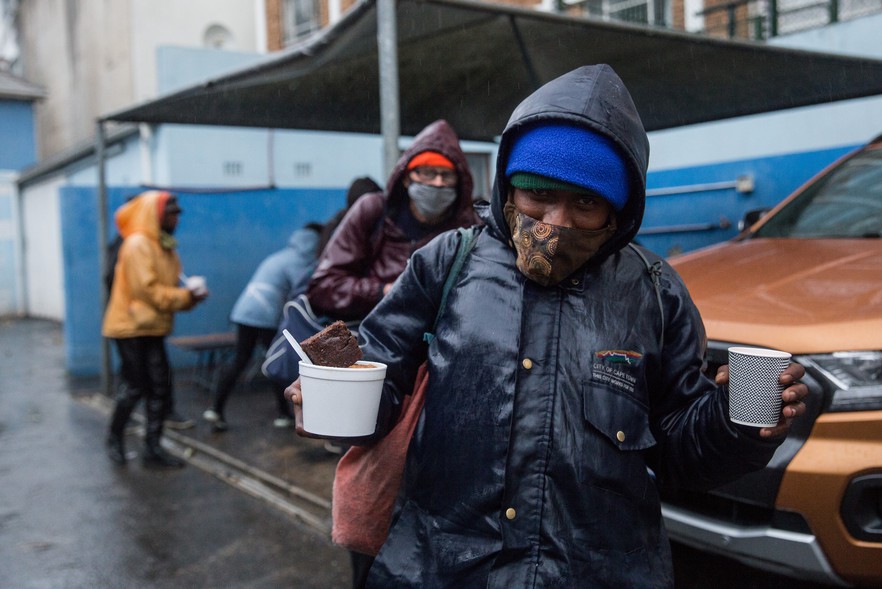 The sandwich drive was delivering almost 20,000 sandwiches a day from the Hope Exchange in Roeland Street, but it was chaotic as the place was too small to deal with the many trucks and vehicles moving through.

“On Sundays we were busy imploding on ourselves because we were just so big in this little space. And within a week, we were moving to the Cape Town International Convention Centre (CTICC)”, said Diliberto.

In May, Ladles managed to arrange a six week contract with the CTICC. And now they have an even bigger space in GrandWest.

They don’t get much food donated but “we’ve been blessed with monetary donations”, he says. “People just started donating and I think we raised around R8 million in the last three months”.

But as time moved on donations have decreased and “donor fatigue” has set in. “It was a time of crisis. People really pulled in together. Now a lot of people are running out of money,” he said. 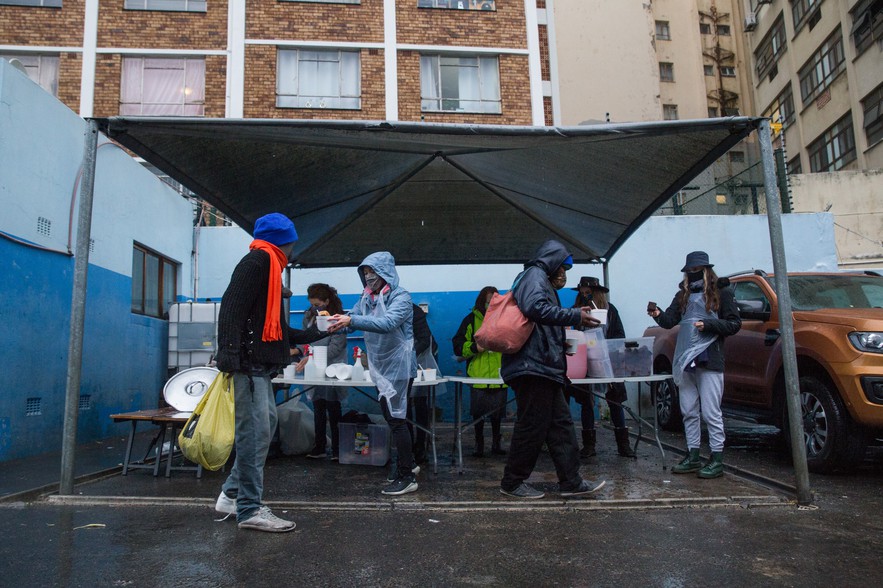 The Ladles soup kitchen at the Hope Exchange was closed during most of the lockdown period, but opened again last week and will be serving every Tuesday and Thursday. Margolite Williams said that she misses the human interaction and spending all her time at the GrandWest warehouse isn’t her scene. “I want to be with the people,” she said.

Diliberto said “we were getting lots of global donations, big ones” and that has dropped “big time”. When this all started it was only himself, a chef, and a handful of volunteers. Now there is a core team of over 30 people running the operation.

Ladles will be operational at GrandWest until the end of September. After that Diliberto says he is unsure of what happens next. “You can’t predict it. It’s very difficult to plan with Covid.“

“I can only do today … When I wake up I’ll deal with tomorrow.” 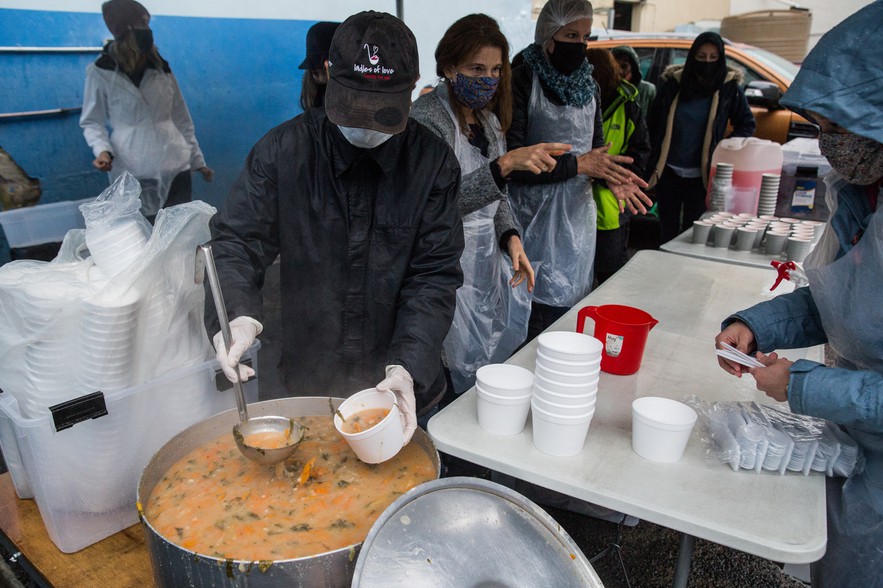 A group of volunteers prepares to give soup to homeless people at the Hope Exchange. Everyone coming to collect has to wear masks and have their hands sanitised at the entrance. If they don’t have a mask, one is given to them. 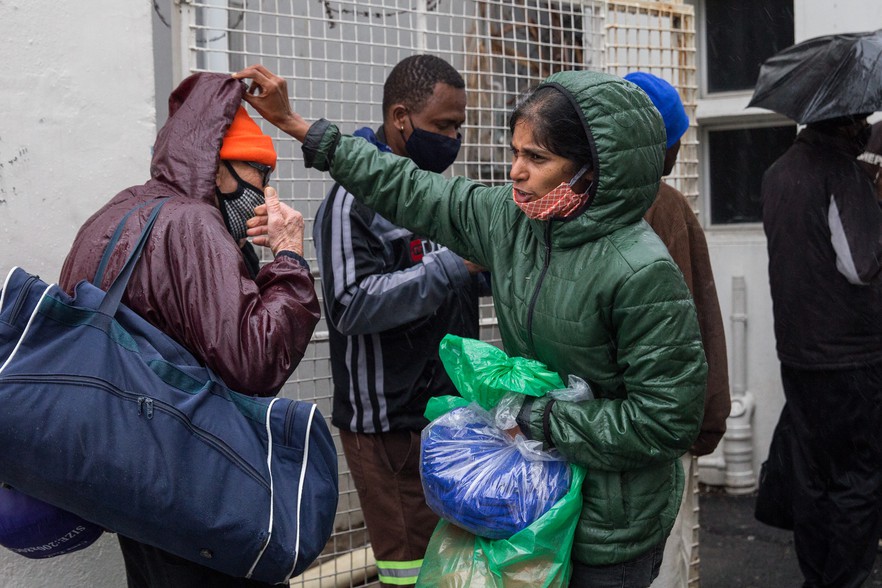 Volunteer Pat Pillay gives a homeless man an orange beanie to wear and covers his head for him.

Next:  Lockdown in pictures - Day 106: Floods in the wetland settlements