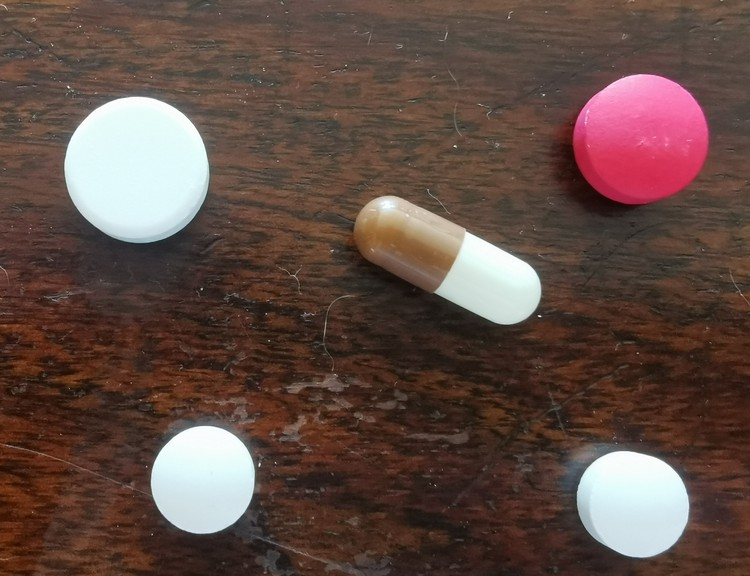 Medicines are only approved for use by the South African Health Products Regulatory Authority when there is sufficient evidence that their benefits outweigh their risks.

There is a clamour by some people for ivermectin to be approved by the South African Health Products Regulatory Authority (SAHPRA) to treat Covid-19. An article published on Tuesday in the South African Medical Journal (SAMJ) titled Ivermectin for COVID-19: Promising but not yet conclusive, written by six Tygerberg Hospital and Stellenbosch University clinicians and scientists, explains the current status of the drug.

Ivermectin is an anti-parasitic drug, which has been used against a range of parasitic conditions, in humans and animals. In South Africa, SAHPRA has granted access to unregistered ivermectin in cases of resistant scabies, but the drug is not approved for human use in this country. SAHPRA, according to the SAMJ article, has said that the drug may not be used except in “well-designed, ethically approved scientific studies”.

SAHPRA has indicated it will consider individual applications for pre-approval use of the drug.

A study conducted last year found that ivermectin reduced the replication of SARS-Cov-2 by about 5,000 fold in a single treatment dose over the course of 48 hours, but this was in a laboratory setting (in vitro, as these studies are called), not inside an actual human body.

In a review published in June 2020 by Nature, ivermectin was found to have antiviral activity against a range of viruses including Avian influenza A, Porcine Reproductive and Respiratory Syndrome, HIV, and SARS-Cov-2.

The review included 50 in vitro and within the body (in vivo) studies but highlighted that clinical trials were necessary to properly assess the definitive effects of ivermectin against Covid-19.

There have been several small studies of ivermectin in humans. A study last year in India investigated the prophylactic potential of ivermectin against Covid-19 infection in healthcare workers. Those on a two-dose regimen had a 73% reduction in Covid-19 infection. But the study is small and it is not clear whether it has yet been published in a reputable peer-reviewed journal.

Despite these promising results, this is not enough to approve a medicine. In any case, results have not been consistent. While a study of 45 people in Argentina had somewhat positive results, another in Bangladesh of 62 people did not.

These studies have been far too small for regulatory authorities to have confidence that the drug is effective against Covid-19, and that its risks outweigh its benefits.

Other trials have combined ivermectin with other drugs making it hard to identify the safety and efficacy of ivermectin itself.

The South African Department of Health issued a summary of evidence on ivermectin in December, stating: “The overall quality of the randomized trials involving ivermectin in Covid-19 patients is extremely low”. It also says: “From the available randomised control trial evidence, ivermectin is not superior to placebo in terms of viral load reduction or clinical progression. There is no evidence from randomised control trials for any reduction in mortality.” (We highly recommend reading this report. It’s well written.)

Clinical trials are the gold standard for measuring the safety and efficacy of a medicine.

Clinical trials are an arduous undertaking. There are typically three phases before a medicine is approved by a reputable regulatory authority such as the FDA in the United States, the European Medicines Agency or SAHPRA.

The first phase evaluates the side effects and correct dosage of the treatment on a very small group of people. The second phase recruits even more people with the emphasis being on effectiveness.

A phase III trial is usually much larger, involving several hundred or even thousands of participants. Typically half will randomly be selected to take the drug and the remainder will take a placebo (an inert substance). Ideally neither the participants nor their health carers know who has taken the drug or placebo. The trial is often also conducted in several different populations.

A large phase III clinical trial for ivermectin has not yet been reported. If one looks through the trials that have been conducted they typically have a few dozen participants, which is not large enough to make definitive conclusions.

Why caution is needed

Many other drugs have been down this road before and failed at the final hurdle. For example, in 2016, Lartruvo was initially approved for use in patients with advanced soft tissue sarcoma under an accelerated approval programme. However, it failed to improve the survival of patients in a phase III clinical trial. It was the first new drug in over 40 years to have been approved for treatment of soft tissue sarcoma and yet it failed to make the final cut.

Many of the standards used to test medicines today arose after the disastrous thalidomide scandal of the 1950s and 60s. Thousands of babies were born with deformities after pregnant women took the drug.

While we urgently need more and better treatments for Covid-19, it’s important to allow potential treatments such as ivermectin to be tested in robust studies to ensure patient safety.

GroundView: Early access to drugs that have not been tested fully is not a simple matter

There are times when giving early access to drugs makes sense. A decade ago the Treatment Action Campaign (TAC) called for pre-regulatory approval access to an anti-TB drug called bedaquiline before a clinical trial testing its safety and efficacy had finished (via a legal mechanism known as a Section 21 authorisation that only SAHPRA can grant). But there were several differences from ivermectin:

Even then the TAC’s demand was controversial and the case for pre-approval access was not a slam dunk. At one point the demand appeared to have backfired when, in an extremely surprising result, more patients died on the bedaquiline arm than the control arm of the clinical trial. (Bedaquiline has since fared better and become part of drug-resistant TB standard of care.)

Despite all of the above it’s still possible to make a good argument for pre-approval access to ivermectin. But perhaps those advocating for such access should do so with a bit more modesty. They should not dismiss the risks to patients as well as the risks to the effective regulation of medicines. They would do well to accept that those who disagree with them do so in good faith and with good reasons.

Next:  A pandemic is no time for austerity, says vaccine coalition

“Most of our members are at Nkandla”: MK veterans say they’re not behind Sunday’s attacks on immigrants

What makes a learner more likely to drop out?