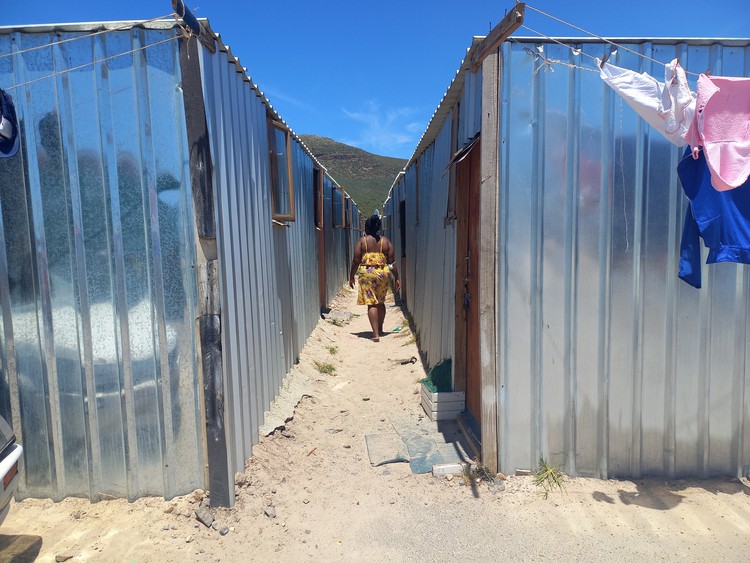 Temporary shacks were built last year by the City of Cape Town for families displaced by a fire but they are extremely cramped. Photo: Marecia Damons

Fire destroyed about a thousand shacks in Masiphumelele in December 2020. In response, the City of Cape Town installed a temporary relocation area (TRA) on a nearby sports field in February.

On Wednesday, officials from the City, province and national government visited the area. They were met by disgruntled residents, pessimistic about the government’s response to their poor living conditions.

One of the complaints is that the sports field is too small to accommodate all the displaced families. Many of the units are built very close together, leaving very little space for residents to move. “If your house is leaking at the back, you can’t fix it because there isn’t enough space for you to move there,” resident Sakhumzi Sitibili told GroundUp.

People also complained to us about lack of electricity, leaking homes, lack of waste collection and irregular communal toilet cleaning. 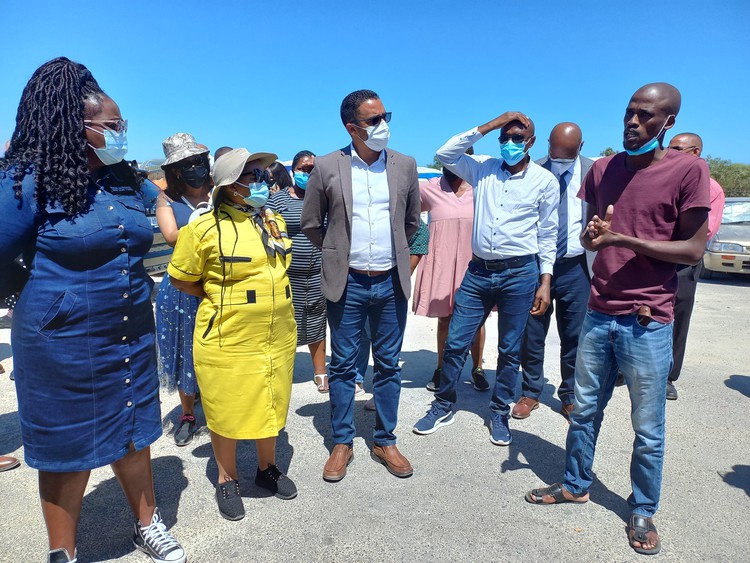 Akhona Zazini said: “The site has no bins, and residents are only given one refuse bag per household once every two weeks. How can they expect one household to only use one blue bag for a whole two weeks?”

“We sent the City pictures of the water in our houses last year, but they never came. Whenever they do come, they only fix what they can see and not what we tell them to fix,” said Sitibili.

Community leader Lunga Mathambo told Minister Kubayi that the City had moved the residents there despite their objections.

But Mayco Member Booi painted a more complicated picture: He said that before moving residents to the temporary units, the City had engaged with the residents, “but now there is a conflict”.

Kubayi told residents that her department would liaise with the provincial and municipal human settlements departments and appoint a company and a social facilitator to assist the community directly.

“I take responsibility and I have to make sure that those things that were committed to communities are done. It’s not an ideal situation to have people moved into shacks,” she said.

Booi said that the City is planning to start building permanent housing in the last quarter of 2022. “Once the relevant services are done, immediately after we will erect the structures. The area will be next to the sports field and on the previously burnt site.” 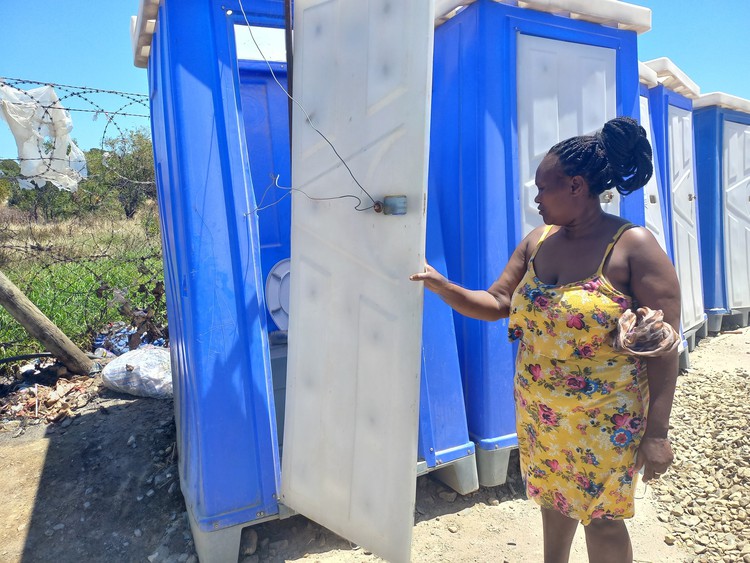 Akhona Zazini said many of the doors of the portable toilets are damaged, leaving residents with no privacy. Photo: Marecia Damons

Next:  Donors to the rescue of special needs school looted in July unrest